A Lebanese man who offered to sell his kidney to save his ill wife is the latest symbol of the troubled country’s economic collapse.

Khalil Adnan Al Dgheiry offered his kidney for sale in a video posted to his personal Facebook account after his wife, who suffers from Crohn’s disease, was admitted to Al Rai Hospital in Saida.

He was told by doctors her treatment would cost $400 a month for a period of three months, he said in one of the videos ― money he does not have.

Lebanon is suffering through its third year of a prolonged and steady economic collapse which the United Nations says has led to about 80per cent of Lebanon’s population  becoming impoverished, leading to a “socio-economic meltdown”.

The nation’s currency has plummeted in value while inflation has soared, making many basic goods and services unattainable for some of the population.

Chronic shortages in fuel, power, water, bread and medicine have developed, daily symptoms of the country’s collapse. Meanwhile, unemployment has reached an all-time high with nearly 30 per cent of Lebanon’s labour force unemployed, according to UN figures.

“In Lebanon no one lives off their salary,” Mr Al Dgheiry told The National, explaining his motivation for offering his kidney for sale. “We stay alive by incurring debt on top of our salaries.”

“I don’t have enough for my wife’s treatment.”

When Mr Al Dgheiry was working at a medical cleaning company, his total salary was two million Lebanese pounds, equivalent to about $70.

But he was let go for being unable to attend his shifts when his wife, Sarah Al Hussein, was first admitted to the hospital.

“Even when I had a job it wouldn’t have been enough for her treatment,” he said.

Shortly after giving birth three months ago, Mrs Al Hussein began to complain of muscle cramps. After 20 days, the pain was so bad she had to be admitted to hospital.

A doctor in Saida’s Al Rai Hospital confirmed to The National that Mrs Al Hussein is a patient admitted for an acute intestinal infection, a common but potentially severe complication related to Crohn’s disease.

Mr Al Dgheiry’s offer to sell his kidney to be able to afford his wife’s treatment was quickly shared on social media, spurring people around the region to help cover the hospital costs.

And an acquaintance of Mr Al Dgheiry, who is from the same village, Shheem, has already promised him a job.

Although it appears increasingly unlikely that Mr Al Dgheiry will have to resort to selling a kidney, he said he is ready to do so.

“She’s the love of my life,” he told The National. “I cry every day because I would do anything for her, but I’m helpless to help her.”

He told The National he would gladly trade his kidney to save her life if it meant she lived on to care for his three children, one of them only three months old.

“I want to sell it to get her treatment, and food for my children and diapers and milk for my baby.”

Mr Al Dgheiry is not the first in Lebanon to offer his organs for sale.

In 2019, as the first signs of Lebanon’s economic collapse began to show, a photo of an unemployed construction worker holding a sign offering a kidney for sale went viral, prompting an outpouring of donations.

And in 2017 an investigation by the BBC revealed that organ trafficking is a booming trade in the troubled country among Syrian refugees, one of Lebanon’s most disenfranchised populations. 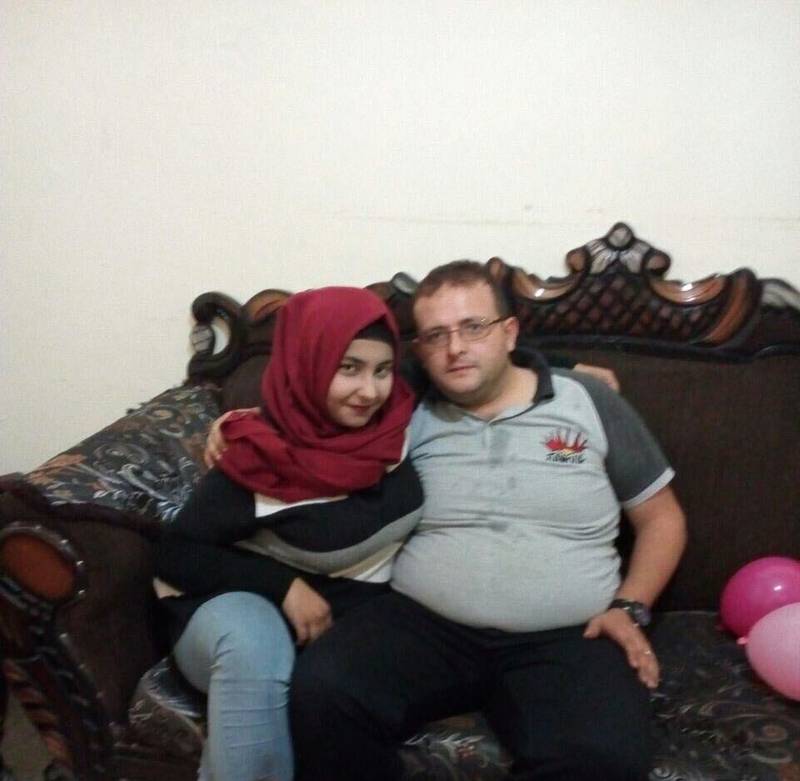