One hundred and forty-five passengers were aboard Middle East Airlines flight ME242 when it was intercepted by two F16 fighter jets on August 10, according to Twitter account @Intel_Sky, which specialises in tracking and monitoring aircraft. The plane was travelling from Madrid to Beirut, and was flying over Greece at the time of the interception.

The pilot, allegedly Abed Al Hout ― the son of the chairman of MEA’s board of directors ― had neglected to adjust the frequency of the radio, causing an apparent failure to respond to air-traffic controllers, according to @Intel_Sky, which cited anonymous sources.

In a written statement, the Lebanese Ministry of Public Works and Transport did not confirm or deny that Mr Al Hout was piloting the plane.

“The Lebanese plane contacted the relevant air navigation authorities in Greece twice when it entered Greek airspace, on the usual frequency,” the statement said.

All three pilots in the cockpit of flight ME242 “had all the technical qualifications required to carry out their usual duties” and were present in the cockpit throughout the flight, the ministry said.

A representative of the Transport Ministry and the director of public relations for the MEA declined to comment, except to refer The National to the written statement by the transport ministry.

According to the ministry statement’s order of events, the Greek warplanes approached the MEA flight to inquire whether there was an emergency.

“When the answer was no, the commander of the Greek warplane saluted the Lebanese plane, and the latter continued its normal course,” the statement said.

The Transport Ministry statement did not provide a reason as to why the Greek fighter planes approached the Middle East Airlines flight.

The incident led to some ridicule on social media, with users highlighting the ineptitude and nepotism widely and infamously employed among Lebanon’s ruling class.

“This huge amount of negligence, nonchalance and irresponsibility is beyond comprehension and unacceptable,” @JuliaSamaha2 tweeted.

“Nato should send a bill to MEA for [the cost of] two F16 flight[s],” @TKabakji tweeted. 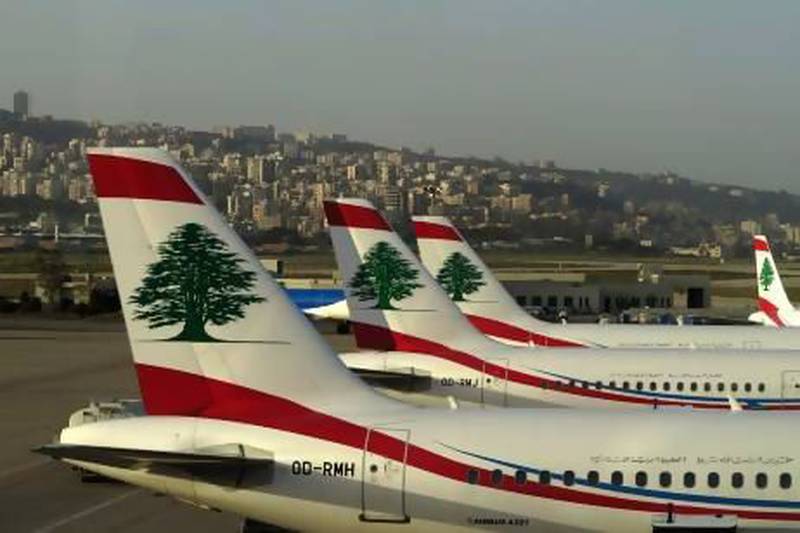 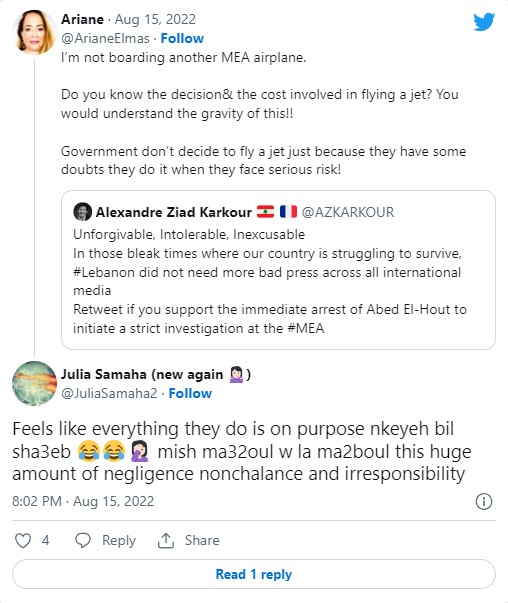 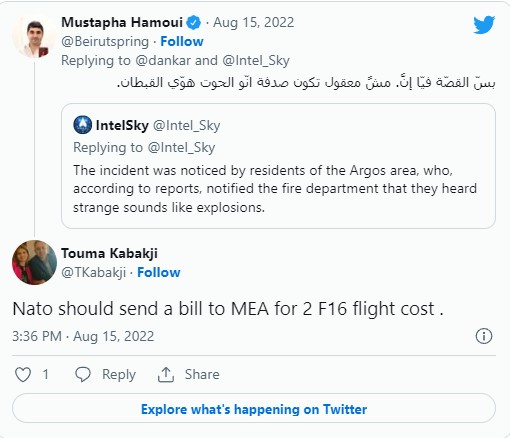