An overnight nationwide blackout  of state electricity in Lebanon was averted after Lebanese authorities paid off some of the debt it owes to the operator of the country’s only functioning power plants.

On Wednesday,Lebanon’s state electricity company  announced that the Zahrani and Deir Ammar power plants would close at 5pm because operator Primesouth had not been paid — in fresh dollars — by the government.

The two power stations — which are alternated to ensure there is enough fuel in an effort to prevent a nationwide blackout — are the only ones still operating in Lebanon.

But about an hour after the power was cut, Electricite du Liban said it had been informed by Lebanon’s central bank that some of the debt had been paid.

The EDL said it had asked Primesouth to immediately put the Zahrani station back on line. It separately said that Deir Ammar would resume operations at 2pm on Thursday in a bid to up the power supply for the upcoming Eid Al Adha holiday.

The EDL said “the non-payment to the operator will cause the latter to shut down the Zahrani and Deir Ammar power plants, which will cause the total blackout of electricity throughout Lebanon and in all essential institutions, such as the airport, the port or the hydropower plants.”

It said the government had, since the beginning of the year, spent “only $60 million for the instalments expected by all EDL contractors, an amount which is not sufficient to accomplish a minimum of the required operations.” It is unclear exactly how much the government owes.

The EDL is providing only a couple of hours of power each day to households, or less than 10 per cent of the country’s power needs. Lebanon is currently suffering from a devastating economic collapse   that has seen the local currency drop in value by more than 90 per cent and plunged much of the population into poverty. There are widespread shortages of water, power, medicines and other basic supplies.

Many people have been forced to use expensive private generators to up their electricity supply.

Last month, Lebanon signed a deal to import 650 million cubic metres of gas from Egypt through Syria, adding about another four hours a day to the ailling power grid.

The deal is expected to last for an initial 10 years but it still needs US approval to ensure it does not breach sanctions on Syria. The agreement also requires the support of the World Bank, which it said would provide financing.

Primesouth and the energy ministry have been contacted for comment. 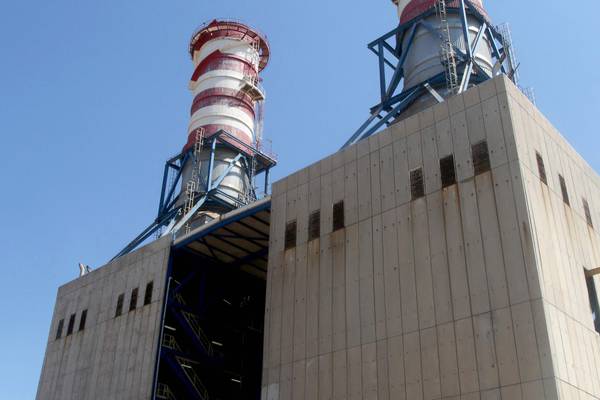