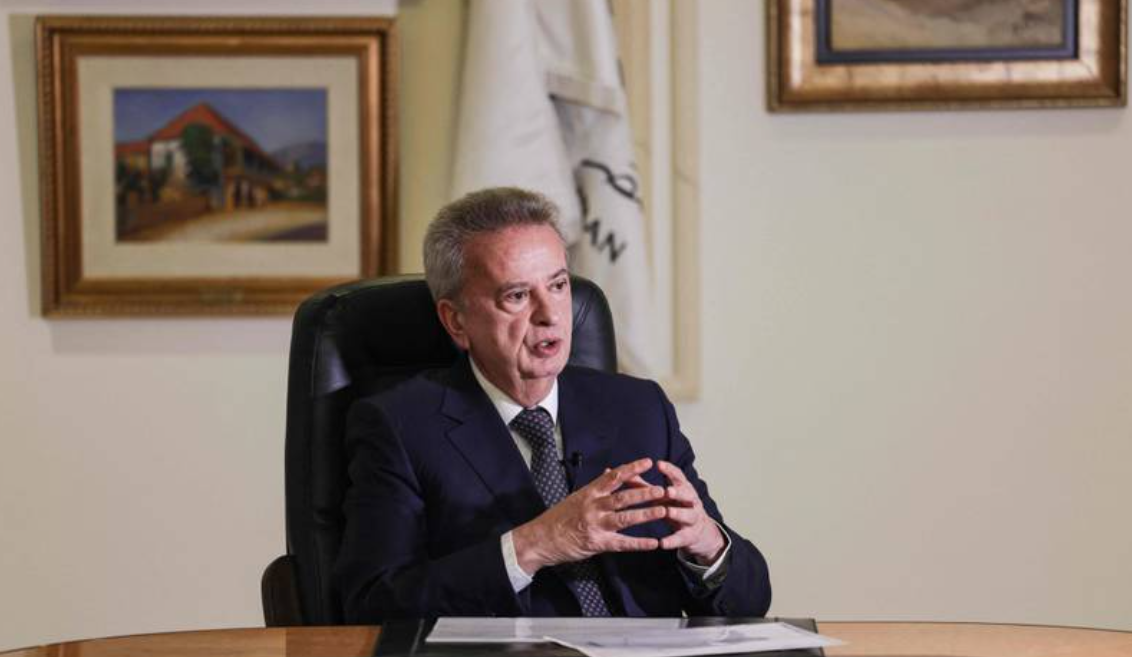 European courts are increasing pressure on the millionaire head of Lebanon’s central bank Riad Salameh by requesting judicial cooperation to help with their probes into his wealth and assets in Europe.

Germany became the latest European country to ask for evidence regarding Mr Salameh on Monday during a meeting between its ambassador to Lebanon Andreas Kindl and Lebanon’s Foreign Affairs Minister Abdallah Bou Habib, a Lebanese source told The National.

The German embassy and the Foreign Affairs Ministry refused to confirm or deny Germany’s request, which was also reported by Reuters.

Luxembourg and France made similar requests in recent weeks, about a year after Switzerland became the first European country to investigate Mr Salameh over money laundering.

Liechtenstein is also investigating Mr Salameh, but has so far not asked for Lebanon’s help.

These legal proceedings are a signal that international support for Mr Salameh is weakening, Karim Bitar, professor at Saint Joseph University in Beirut, told The National.

“Alarm bells are ringing,” he said. “Mr Salameh does not benefit from the support that he had five years ago, except maybe from the US.”

Germany’s move comes after a meeting in Paris on January 24 attended by European prosecutors who are investigating Mr Salameh. It was the second such event in the past six months organised by Eurojust, an agency of the EU that helps member states with judicial cooperation, the source said. Prosecutors from Germany, France and Switzerland were among those present.

Mr Salameh, 71, was once considered one of the world’s best central bankers, but his personal finances have come under intense scrutiny since the collapse of Lebanon’s banking sector in late 2019 caused a massive devaluation of the local currency and soaring poverty.

Swiss prosecutors suspect Mr Salameh of having embezzled $330 million of public money through British Virgin Islands company Forry Associates, managed by his brother, Raja. They allege that some of this money was transferred to Switzerland, then back to Lebanese bank accounts in his brother’s name before it was spent to buy assets, including luxury property, in Europe.

The Organised Crime and Corruption Reporting Project and its Lebanese partner Daraj published an investigation in 2020 that valued Mr Salameh’s overseas investment assets at nearly $100m.

Mr Salameh, who was appointed governor of Banque du Liban in 1993, has denied any wrongdoing and said his personal fortune came from his past salary as an investment banker at Merrill Lynch and from inheritance.

In November, Mr Salameh commissioned a Lebanese company to audit his finances in an attempt to dismiss suspicions. The document has no legal value and financial experts have previously told The National that Mr Salameh handed over information of his choosing.

Despite the increasing pressure from Europe, Lebanon’s probe into Mr Salameh, which started in early 2021 following Switzerland’s request for judicial cooperation, has faced repeated obstacles. Sources attribute this to support from local politicians.

“Notwithstanding the multiplication of Western probes, Riad Salameh has remained untouchable so far,” said Mr Bitar. “He is the man who knows too much and therefore still enjoys high level protections, particularly from the Prime Minister (Najib) Mikati and the Speaker of the House (Nabih) Berri.”

A raid conducted in mid-January by investigative judge Jean Tannous on six banks through which suspicious funds transited was halted at the last minute following a phone call from the public prosecutor, who was himself under pressure from Mr Mikati, said the source.

In an interview with local media, Mr Mikati compared Mr Tannous’s methods with Israel’s during its 1982 occupation of Beirut.

The public prosecutor cancelled Mr Tannous’s participation in Eurojust’s most recent meeting after Eurojust rejected his last-minute request to send a second judge for reasons that remain unclear. Mr Tannous had participated in the European institution’s first meeting about Mr Salameh in The Hague in October.

Zena Wakim, a lawyer at the Swiss foundation Accountability Now said that it was “inevitable” that investigations into the governor’s wealth would continue internationally “in view of the extent of the corruption scheme and money laundering that seems to have taken place”.

Another Lebanese judge, Ghada Aoun, imposed a travel ban on Mr Salameh and issued a subpoena against him last week after he failed to appear for questioning three times. Mr Salameh has accused Ms Aoun of political bias.

Meanwhile, Lebanon’s economic crisis is worsening and politicians have failed to implement reforms to increase transparency and fight corruption, which would enable IMF financial aid for the country.

A first attempt at negotiations collapsed in 2020 because the banking sector disagreed on the previous government’s estimation of the size of its losses, at $69 billion.

They recently picked up again, but IMF managing director Kristalina Georgieva last week hinted at difficult negotiations when she said the institution would only support a “comprehensive programme” that would tackle all the country’s ills, including corruption.