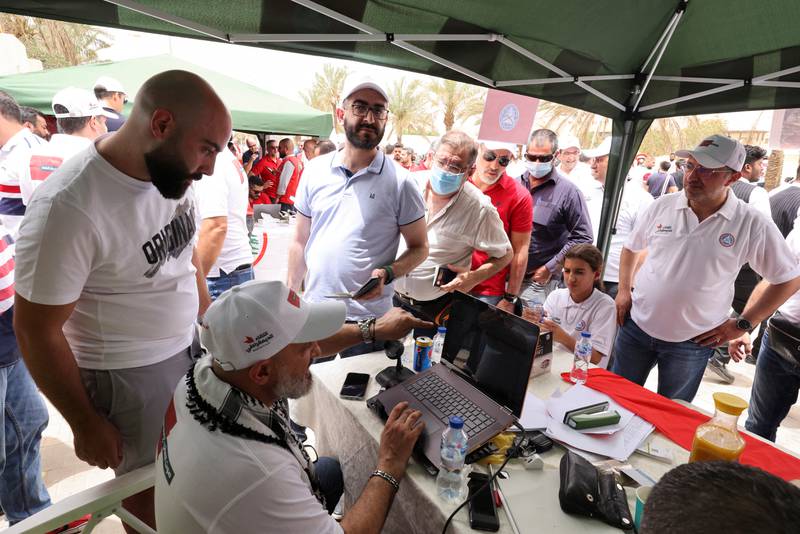 More than 11,000 Lebanese expatriates have turned out for the first stage of overseas voting in the country’s May 15 general election.

Out of the 30,929 registered voters in 10 countries where the vote was held on Friday, 11,268 cast their ballots, a turnout of 36.43 per cent, Lebanon’s National News Agency reported.

According to figures released by the NNA, the highest voter turnout was in Iran — 65.73 per cent. Ballot boxes containing votes from the country arrived at Beirut’s international airport on Saturday and were taken to the central bank by the security forces, the agency said.

The second and final stage of overseas voting will be held in 49 countries, including the UAE, on Sunday.

More than 240,000 Lebanese have registered to vote abroad, three times the number for the 2018 election in which the powerful Iran-backed Hezbollah group and its allies won the majority of seats.

The vote this year for the 128-member legislature is the first since the economic meltdown that began in October 2019 sparked widespread anger at Lebanon’s entrenched political class. The crisis has pushed three quarters of the population into poverty and forced many Lebanese to emigrate.

Overseas voters make up only 6 per cent of the eligible electorate but could still play an important role in this election as opposition groups seek to challenge established parties, according to a report by researchers from The Policy Initiatives Institute in collaboration with the Arab Reform Initiative.

“The diaspora can also be a key ‘influencer’ on the voting behaviour of many who are in Lebanon,” the report said.

“Given the spiralling economic crisis, diaspora members are increasingly a key lifeline for their families in Lebanon — in some cases, the only lifeline.

“These diaspora members can mobilise and convince family members to go out and vote.” 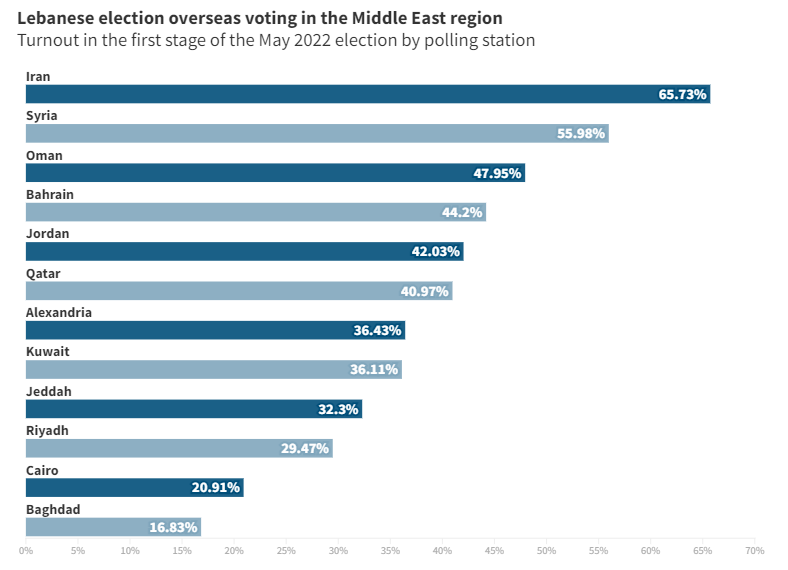