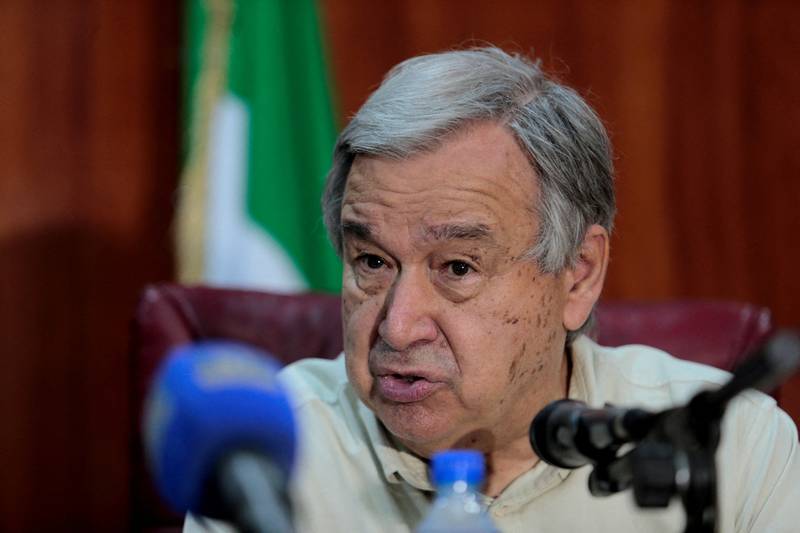 Mr Guterres said he hoped for the quick formation of a government to prioritise reforms amid multiple crises following the elections on May 15.

In a report to the UN Security Council, circulated on Wednesday, he said political polarisation has deepened and the Lebanese people “are struggling daily to meet basic essential needs”.

He said frequent protests across the country are being sparked by “public frustration with the political situation and the economic and financial crisis”.

The May 15 elections for parliament are the first since Lebanon’s economic crisis began in late 2019. The government’s factions have done little to address the collapse, leaving Lebanese to fend for themselves as they plunge into poverty, without electricity, medicine, garbage collection or any other semblance of normal life.

The elections are also the first since the catastrophic explosion at Beirut port on August 4, 2020, that killed more than 215 people and wrecked large parts of the city. The destruction sparked widespread outrage at the traditional parties’ endemic corruption and mismanagement.

Mr Guterres, who visited Lebanon last December, said no one has yet been held accountable for the explosion and the Lebanese people are demanding “truth and justice”.

He again called for “a swift, impartial, thorough and transparent investigation” and said “the independence of the judiciary must be respected”.

In the May 15 election, a total of 103 lists with 1,044 candidates are vying for the 128-seat legislature, which is equally divided between Christians and Muslims.

Self-declared opposition groups remain divided along ideological lines on virtually every issue, including over how to revive the economy, and as a result, there are an average of at least three different opposition lists in each of the 15 electoral districts, a 20 per cent increase from the 2018 elections.

Mr Guterres said proposals submitted in the past two years for a women’s quota were still pending in parliament. He urged the new government be quickly formed “with full participation of women and young people”.