Lebanon expects food security problems ‘within a month or two’ 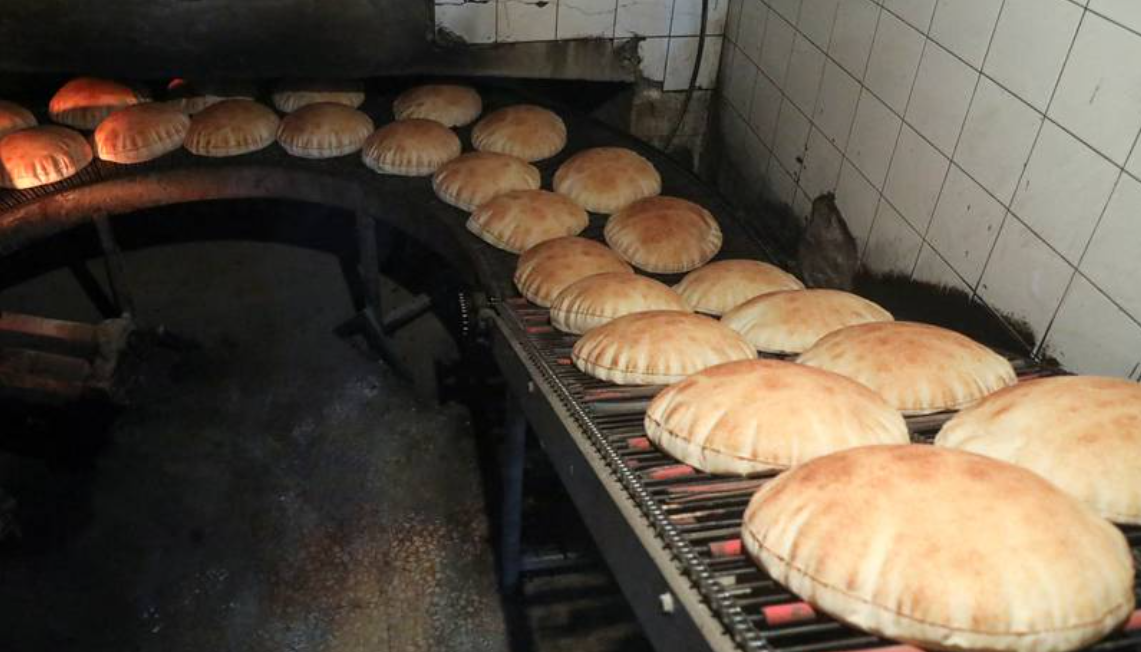 Lebanon will be facing food shortages in as little as a month if the Ukraine crisis continues, a high-ranking Lebanese official said on Friday.

The war could lead to prices soaring even higher in Lebanon, where the costs of food increased by 2,076 per cent between 2018 and 2021.

“The production season in Ukraine is destroyed,” Dany Gedeon, director general of Lebanon’s Industry Ministry, told The National. “We’ll be facing real food security problems within a month or two in Lebanon and in the rest of the world.”

Customs figures show that in 2020, Lebanon imported 81 per cent of its wheat from Ukraine and 15 per cent from Russia. The two countries were also Lebanon’s main suppliers of sunflower seed oil.

Imported wheat is transformed locally to produce bags of round, flat bread. Lebanon only produces small amounts of durum wheat, which cannot be used for this kind of “Arabic” bread, experts say.

The Lebanese are hugely reliant on bread for their daily calorie intake. Bakers previously told The National that the country’s protracted economic crisis had increased the local population’s purchases of bread. Bread prices have remained relatively cheap thanks to subsidies from Lebanon’s cash-strapped central bank.

But further price rises on food could lead to social unrest, say analysts. “The Ukraine invasion is an additional disaster,” said one Lebanese diplomat, who asked to remain anonymous.

Mr Gedeon said Lebanese businesses were searching for alternative sources of wheat. “We’ll see if it will be possible,” he said.

The alarmism expressed by Lebanese officials is to be expected, said Riad Saade, director of the Lebanese Centre of Agricultural Research and Studies. “Prices of wheat are skyrocketing around the world,” he said.

Lebanon is particularly vulnerable to sudden market shocks because of its low stocks of wheat. They can last for only a month and a half since a massive blast at Beirut’s port in August 2020 destroyed the country’s giant grain silos.

“Lebanon has been totally irresponsible towards its food security for the past 30 years,” said Mr Saade. “They were trading with money they did not have. Now that they have reached bankruptcy, they are starting to realise how terrible it is to not have a food security policy.”

Mr Saade was referring to the collapse of Lebanon’s economy, which started in 2019, causing rapid inflation and unprecedented poverty.

Lebanon is also struggling to find enough sugar. Its main supplier, Algeria, stopped exporting sugar and other products to the world in 2020 after the coronavirus outbreak.

Lebanese customs figures show about a quarter of its sugar imports came from Algeria in 2020. More recent figures are unavailable because the customs website stopped working in August 2021 after a corruption scandal.

Local media reported this week that Prime Minister Najib Mikati asked Algeria’s Foreign Minister Ramtane Lamamra whether Algeria could start re-exporting sugar to Lebanon. There were no reports of any response from the Algerians.

Lebanese businessmen are seeking to buy sugar from Brazil, Peru and Cuba, Mr Gedeon said. “We have a problem,” he said.

Lebanon’s Industry Minister George Boujikian gave a warning on Thursday that Russia’s invasion of Ukraine would “inevitably lead to an increase in demand in view of the shortage of goods and the possibility of a dangerous inflation in prices”.

Mr Boujikian made those comments on the same day that he decided to restrict Lebanese food exports. In a letter addressed to the higher customs council, he said he was taking “exceptional measures to protect food security and secure necessary stocks for the Lebanese people”.

Consequently, food exports are now subject to a licence from the Industry Ministry.

“It is essential to stop exports of all foodstuffs that are necessary for people’s every day consumption, such as wheat and oils,” Mr Gedeon said.

He said that he expected the ministry to halt exports of milk-based products, including cheese and labne, a local strained yoghurt.

Among Lebanon’s top performing products is olive oil, of which the small Mediterranean country exported about 7,000 tonnes in 2020.