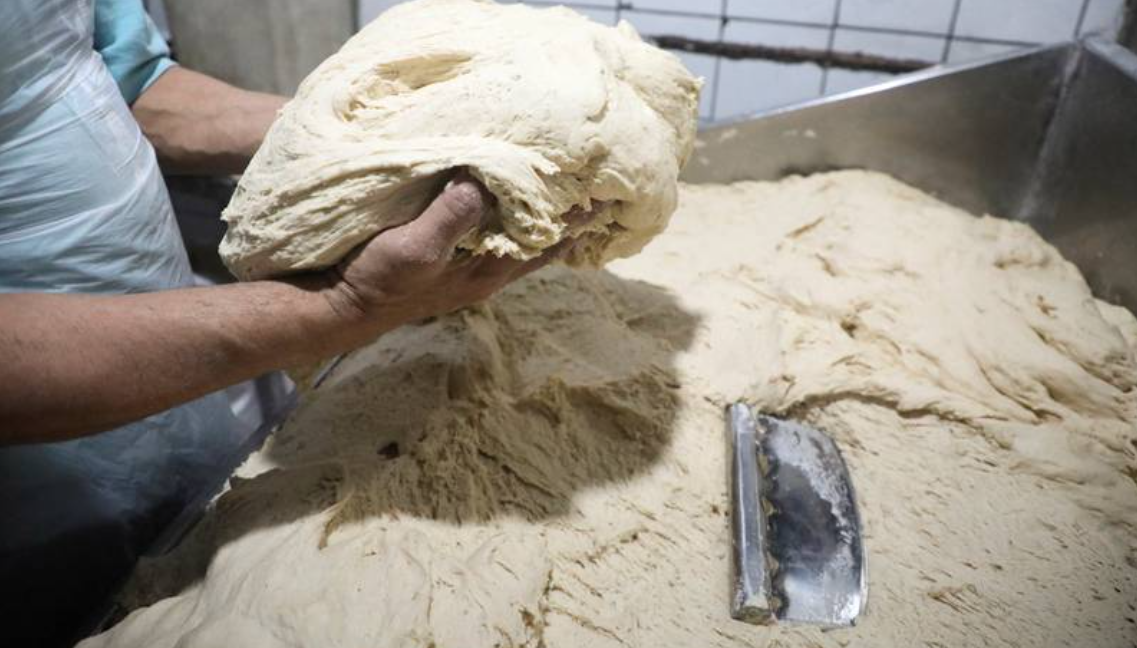 Lebanon’s wheat importers have not placed any new orders on the global market since Russia invaded Ukraine three weeks ago and have started rationing what they sell to supermarkets amid widespread panic-buying, millers told The National on Wednesday.

“The situation is getting critical,” said Paul Mansour, owner of Crown Mills, one of only 12 importers of wheat in the country.

“Everyone is buying flour and we cannot fulfil the demand otherwise our stocks will be gone in two weeks. It’s like a run on the bank.”

Wheat prices have soared since the start of the war in Ukraine, one of the world’s largest producers. Lebanon normally buys 96 per cent of its wheat from Russia and Ukraine.

Lebanese importers are struggling to get dollars from a subsidy programme to buy wheat from new suppliers, who are demanding large down payments and can reroute supplies if payments are delayed.

“Suppliers do not care about Lebanon and turn to countries that are sure to pay them, like Egypt, Turkey or Greece,” said Mr Mansour.

“The next best alternative [source of wheat] would be France, Germany or Poland. That would cost $200 more a tonne than last month when we were buying wheat at $350 a tonne.”

Matching these new prices will be difficult for Lebanon. In an interview with The National this month, Economy Minister Amin Salam said that the central bank did not have the capacity to subsidise wheat imports at higher prices.

The president of Lebanon’s Association of Mills, Ahmad Hoteit, told The National that wheat delivered last week and scheduled for this week was bought before the Ukraine crisis. Mr Hoteit confirmed that no new purchases have been made since February 24.

As officials scramble to find solutions and appeal for international donations, Lebanon is rapidly eating through its supplies, divided up among the country’s 12 mills. These will last about a month.

A top official at the Industry Ministry told The National last week that the country could face food security issues “within a month or two”.

The government is trying to find alternative wheat suppliers and has looked to the US and India but has yet to announce any new deals. Mr Salam said on Tuesday that the state was in the “final stages” of purchasing 50,000 tonnes of wheat, which is equivalent to one month’s supply.

Local media reported on Sunday that Turkey would donate 500,000 tonnes of food, including flour and sugar, to Lebanon.

In the interim, the ministries of Economy and Industry asked millers to prioritise selling flour to bakeries rather than supermarkets, said Mr Mansour.

There are only three solutions, Mr Mansour said: Lebanon receives a wheat donation, the government pushes through with its purchase, or it lifts subsidies, paving the way for a brutal price increase.

The crisis has been compounded by long-standing issues with the central bank’s subsidy system for wheat imports, which keeps the price of bread artificially low.

The cost of the country’s largely imported food increased by 2,076 per cent between 2018 and 2021 due to the crash of the local currency.

Millers estimate that without subsidies, bread prices could more than double.

“We can’t guess what the price would be as nothing is clear. But I can confirm to you that wheat subsidies will remain,” said Ali Ibrahim, vice president of the Federation of Lebanese Bakers.

Analysts fear that lifting subsidies could cause social unrest in a country where bread consumption is on the rise, as the cost of meat and other goods has become prohibitive.

Lebanon’s economic crisis has pushed almost three quarters of the population into poverty, the UN has said.

But the subsidies system is not working smoothly.

Importers say that over the past months, the central bank has been slow to convert their funds in the local currency to dollars at the official rate of 1,500 Lebanese pounds. As a result, it takes an entire month to process a payment to wheat sellers abroad instead of the usual day or two.

Outside of certain exceptions, banks have not allowed depositors to withdraw dollars at the official exchange rate since the economic collapse began.

On the open market, the Lebanese pound currently trades at more than 22,000 to the dollar.

Previous suppliers let delays pass because of “long-term relationships”, said Mr Mansour. But this changed with the Ukraine crisis.

New suppliers are asking for a down payment of 25 to 30 per cent and want to be paid within a day, Mr Mansour said. Otherwise, they reroute their shipments.

It remains unclear why the central bank is delaying the wheat subsidy mechanism and a representative did not respond to a request for comment.

The economy minister said on Tuesday that the central bank governor had assured ministers that “all credits still pending at the central bank relating to ships would be completed as soon as possible, which means the entrance of about 15,000 tonnes during the week”.

Mr Mansour, however, was not convinced, saying: “The central bank governor has a history of not doing what he says.”