Lebanon-Israel maritime dispute: US mediator to arrive in Lebanon this week

Amos Hochstein, the US diplomat mediating in indirect talks between Lebanon and Israel over their maritime border, is set to arrive in Beirut this week.

The plan for his visit was announced by the Lebanese Presidency, which said the US gave assurances that it viewed the border dispute was a foreign policy priority.

Mr Hochstein is expected to relay the Israeli response to a Lebanese proposal for the border.

Following his previous visit in early August, Lebanese and Israeli officials said there had been positive progress  in negotiations, raising hopes that a deal was imminent.

US officials said last week that finding a solution was a top priority for the government of President Joe Biden.

A deal would “yield greater stability, security and prosperity for both Lebanon and Israel, as well as for the region”, State Department spokesman Ned Price said.

Lebanon and Israel are negotiating over about 860 square kilometres of the Mediterranean believed to contain offshore gas reserves. The countries have both made claims to the territory.

The progress in negotiations comes amid a backdrop of heightened tensions in the region – Iran-backed Hezbollah has threatened to attack  Israel if it continues with a plan to extract gas near disputed waters.

Negotiations had stalled, but resumed in June following the arrival of an Israeli-contracted gas production vessel near the disputed border.

The move prompted anger from Lebanese leaders and Hezbollah.

The maritime border has been an issue of contention between Lebanon and Israel since 2007. In 2012, US-mediated negotiations failed to produce a deal.

Lebanon has since 2019 suffered from a financial crisis  that has damaged public institutions and brought the state to the brink of collapse.

The Lebanese currency has plummeted in value, causing severe inflation and leaving about 80 per cent of the population living in poverty.

Shortages in power, diesel, medicine and water have come to define the economic crisis.

A deal with Israel would allow Lebanon to begin offshore gas exploration in the disputed areas. The country hopes the discovery of hydrocarbons could help bring it out of economic meltdown. 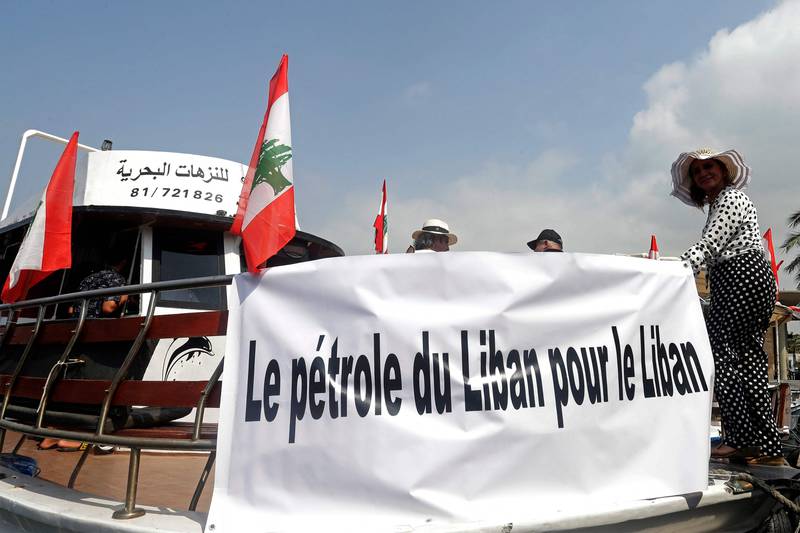