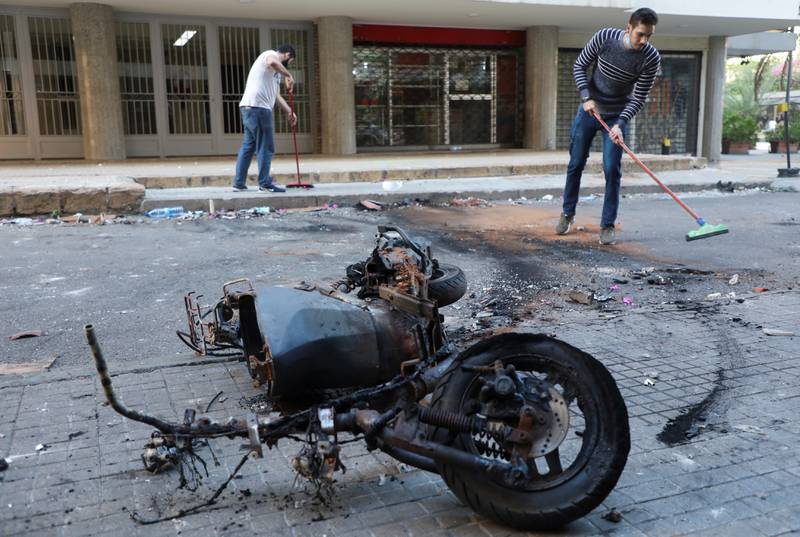 A Lebanese military court has charged Samir Geagea over the deadly violence in Beirut last October, a judicial source told Reuters, a move that could stoke political tension two months before an election.

Mr Geagea’s Christian Lebanese Forces Party told The National that it rejected the charges, branding it a political attack.

The charges stem from an incident on October 14 when unknown gunmen opened fire on a gathering of supporters of the Shiite majority Hezbollah and Amal parties to demand that the judge leading a probe into the 2020 Beirut port blast step down after attempting to summon high profile political figures for questioning.

“It’s another political message directed through this court. I didn’t see Mr Geagea in the streets holding machine guns and launchers and RPGs shooting at people,” a Lebanese Forces source said.

At least seven people were killed at the protest, all of whom are were either supporters of Hezbollah or the Amal Movement.

Hezbollah accused Mr Geagea’s Lebanese Forces of fielding snipers to shoot at protesters from the rooftops in the Ain El Remmaneh area of Beirut, near an old front line of the 1975-90 civil war. The violence fuelled fears the country could spiral into another civil war.

Mr Geagea is a strong critic of Hezbollah and its ally, President Michel Aoun. He has previously denied being responsible for the shooting and his supporters have protested against attempts to summon him for questioning over the matter.

Mr Geagea has said the trouble began when supporters of the Shi’ite parties entered the Christian neighbourhood of Ain al-Remmaneh where they vandalised cars and four residents were wounded before a shot was fired.

Together with parties that view its powerful arsenal as an asset to Lebanon, Hezbollah won a majority in the 2018 election.