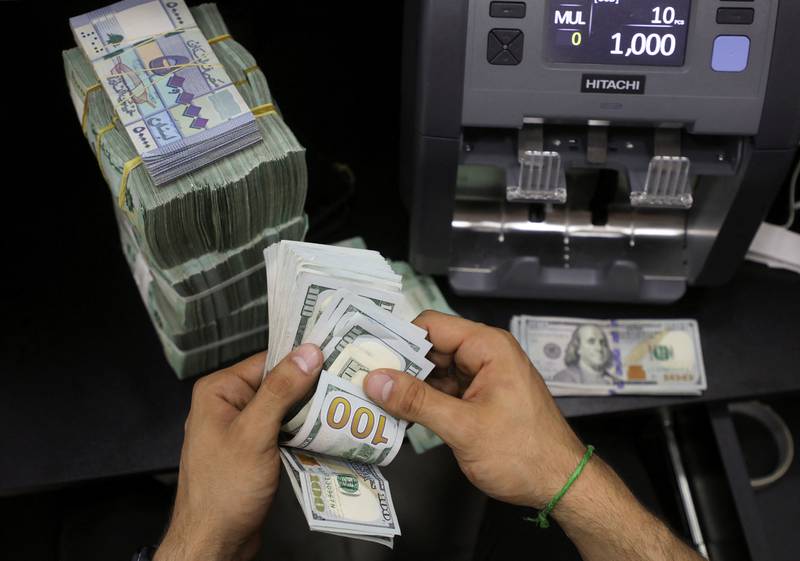 Lebanon will have to adopt a credible, comprehensive and equitable macro-financial stabilisation programme if it wants to avoid the complete destruction of the country and its social and economic networks, the World Bank has warned the country’s leaders.

The struggling nation, facing its worst economic crisis, needs to stop the irreversible loss of human capital immediately, the lender said in a statement on Tuesday.

“Despite early warnings, Lebanon has lost precious time and numerous opportunities to adopt a path to reform its economic and financial system,” said Saroj Kumar Jha, the World Bank’s director of Mashreq Region.

“The cost of inaction is colossal, not only on daily lives of citizens but also on the future of the Lebanese people.”

Lebanon’s economy collapsed after it defaulted on about $31 billion of Eurobonds in March 2020, with its currency sinking more than 90 per cent against the US dollar on the black market. Political bickering and indecision by the previous parliament forced the economy into a tailspin.

Inflation in the country has continued to surge and reached 206 per cent in April as the country elected a new parliament, which will have to put in place reforms to secure $3bn from the International Monetary Fund.

The depression is among the world’s worst economic collapses since the 1850s, the Washington lender said in January. It is the largest contraction on a list of 193 countries.

“The private sector is severely constrained by a paralysed financial system,” the bank said on Tuesday. “Lower firm productivity and revenue generation have caused widespread layoffs and bankruptcies.

“Assuming continued no policy reform, real GDP is projected to contract by 6.5 per cent in 2022.”

The World Bank urged Lebanese authorities to adopt a new monetary policy framework that would instil confidence and stability in the exchange rate and make progress on a debt-restructuring programme that would achieve short-term fiscal space and medium-term debt sustainability.

The multilateral lender also called for comprehensive restructuring of the financial sector to ensure solvency of the country’s banking, reframe fiscal policy and implement growth-enhancing reform.

Mr Jha said that two-and-a-half years into the crisis, “Lebanon has yet to embark on a comprehensive reform-and-recovery programme to stop the country from further sinking”.

“Continued deliberate delay in addressing drivers of the crisis represents a threat not only at the socio-economic level but also a risk of a systemic failing of state institutions and pressure on an already fragile social peace,” he said.

The World Bank board also approved Lebanon’s Performance and Learning Review, which summarises implementation progress under the lender’s Lebanon Country Partnership Framework — a tool that guides the lender’s support for a member country — over fiscal years 2017 to 2022.

The PLR also extended the CPF period by another year to advance urgently needed socioeconomic recovery programmes, aimed at the poor, and support macroeconomic and structural reforms in the country, it said.

The lender has restructured its portfolio by cancelling underperforming projects and allocated resources to newly identified priorities that include Covid-19 emergency support and vaccine distribution, and a targeted cash-transfer programme to support vulnerable households, among others.