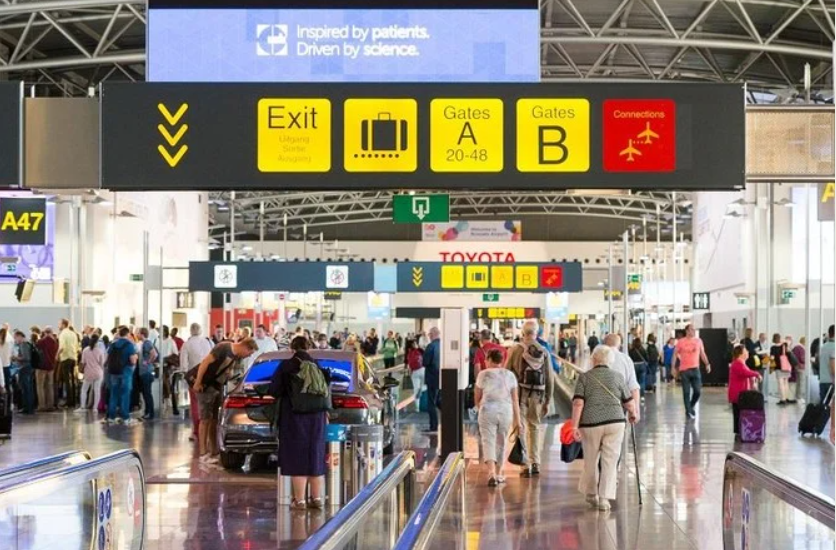 BRUSSELS: European Union member states have agreed to lift coronavirus travel restrictions on travelers from eight countries and territories including the United States, officials and diplomats said Wednesday.
The whitelist of countries and regions exempted from the travel ban will be expanded to include Albania, North Macedonia, Serbia, Lebanon, the United States, Taiwan, Macau and Hong Kong, they said.

EU member states can still choose to require travellers from these areas to undergo Covid-19 testing or to observe periods in quarantine, but once the new list is approved the recommendation is that they should be exempted from a blanket travel ban.
Because of the pandemic, the EU closed its external borders in March 2020 for non-essential travel, and for the past year has drawn up a regularly updated list of non-member states whose residents are allowed to travel to Europe.
Japan, Australia, Israel, New Zealand, Rwanda, Singapore, South Korea and Thailand were already on the approved list.
Countries can be included if they have recorded fewer than 75 cases of Covid-19 per 100,000 inhabitants over the past 14 days. In the United States this rate is 73.9, according to figures from the European Centre for Disease Control and Prevention (ECDC).
News that the United States is to be added to the approved list came one day after Brussels and Washington renewed friendlier ties at a summit between President Joe Biden and EU chiefs Ursula von der Leyen and Charles Michel.