Lebanese authorities are trying to appoint a second judge to a stalled inquiry into the deadly August 2020 Beirut port blast,  a move that critics described as a bid to interfere with the investigation.

An investigation by Judge Tarek Bitar has been on hold since the end of 2021 beset by legal challenges from politicians he wants to speak to in connection to the inquiry.

The 2020 explosion, which killed more than 220 people and destroyed large parts of the city, has been blamed on mismanagement and corruption  and is viewed as a symptom of systemic problems  in the country.

In a letter first seen by Reuters, Justice Minister Henry Khoury asked Lebanon’s Higher Judicial Council to discuss assigning a judicial investigator “to work on urgent and necessary matters” in the case.

That judge would stay in place “as long as the original investigator cannot carry out his missions — including release requests”.

A handful of independent MPs criticised the move for “gross violations” of the judicial process and said it was intended as a “final blow” to Mr Bitar’s role.

MP Michel Moawad described the move as a result of “immoral pressure” that sought to impede the investigation and “abolish justice and destroy what remains of the independence of the judiciary”.

For survivors and the families of the victims, an absence of accountability  over the blast has exacerbated their trauma.

The impasse means Mr Bitar has not been unable to summon suspects or press charges, but also means that those detained after the blast — but cleared of suspicion — are still in custody.

On Tuesday, two politicians from the Free Patriotic Movement, the party founded by President Michel Aoun,  called for the release of detainees no longer considered parties to the blast.

The letter cited the deteriorating health of some as the driver for Mr Khoury’s request. 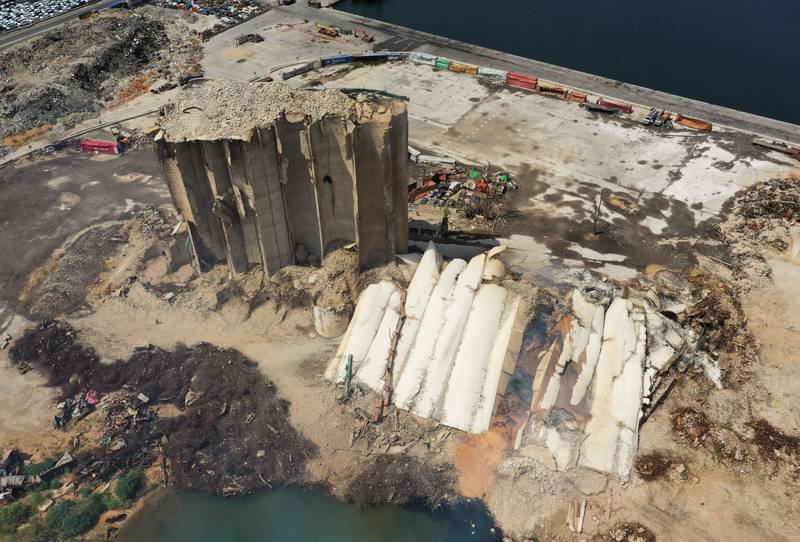