Lebanese authorities on Tuesday released without charge a gunman who held up a bank in Beirut last week and demanded access to his trapped savings so he could pay for his father’s medical treatment.

Bassam Al Sheikh Hussein was detained after the incident on Thursday, when he took several hostages at the Federal Bank in Hamra. All were released unharmed.

While the Federal Bank has dropped its complaint against Mr Al Sheikh Hussein, he technically could be charged by prosecutors in the future, a legal source with knowledge of the situation told The National.

Mr Al Sheikh Hussein had to register his address and is subject to being summoned for further questioning.

An image that circulated on social media after his release showed Mr Al Sheikh Hussein meeting with his unwell father.

A major road in Beirut was briefly blocked off earlier on Tuesday as dozens of people protested against the continued detention of Mr Al Sheikh Hussein.

Supporters demonstrated outside the Justice Palace, where a judge was deciding what to do next.

The protesters said they would return on Wednesday morning if he remained detained.

Moving from outside the Justice Palace to the Sami Al Solh Road — only metres away — one of Mr Al Sheikh Hussein’s lawyers told The National: “We are blocking the streets, we want him out now.”

The group left the road shortly after.

Before his release, lawyer Rami Ollaik said Mr Al Sheikh Hussein had remained on hunger strike in protest against his detention.

Last week’s seven-hour standoff ended after Mr Al Sheikh Hussein agreed to a settlement that would allow him about $35,000 of his $210,000 trapped savings.

As part of the deal, it was also hoped that he would be released shortly after, which had not been the case until Tuesday.

“We demand that he comes out free, that he gets released immediately with no criminal measures taken against him,” said Mr Ollaik.

Mr Al Sheikh Hussein doused the interior of the bank with petrol and threatened to kill his hostages and set himself on fire if he could not take out his $210,000 savings to pay for medical treatment for his father.

His actions garnered some support from the wider public because of the financial situation in Lebanon. Protesters had gathered last Thursday as the hostage situation unfolded, shouting: “down with the rule of the banks!”

An economic collapse that first became apparent in 2019 has plunged much of the nation into poverty and caused the local currency to tumble in value by more than 90 per cent.

Inflation is rampant and there are widespread shortages of water, bread, electricity, medicine and other basic supplies.

In January, coffee shop owner abdallah Assaii held up a branch of Lebanese bank BBAC in the Bekaa Valley.

He held seven employees hostage until he received $50,000 of his own money. He then surrendered to police. 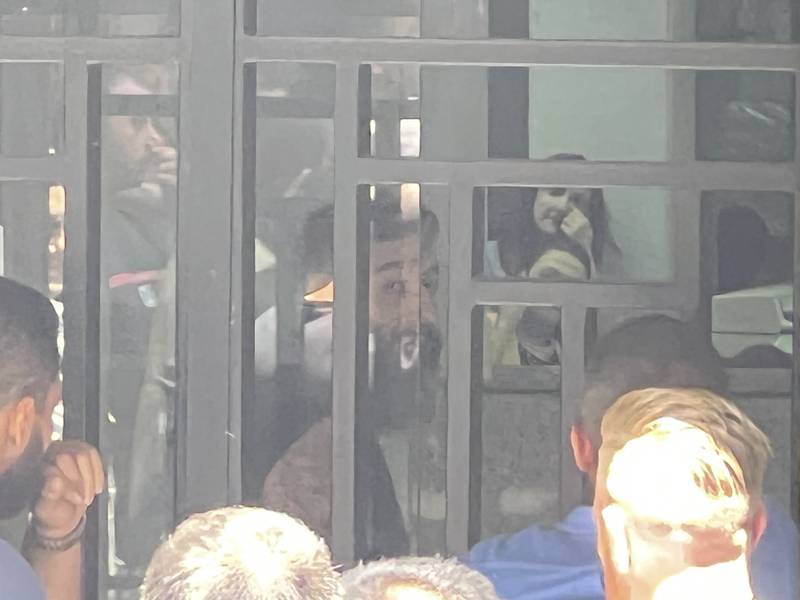