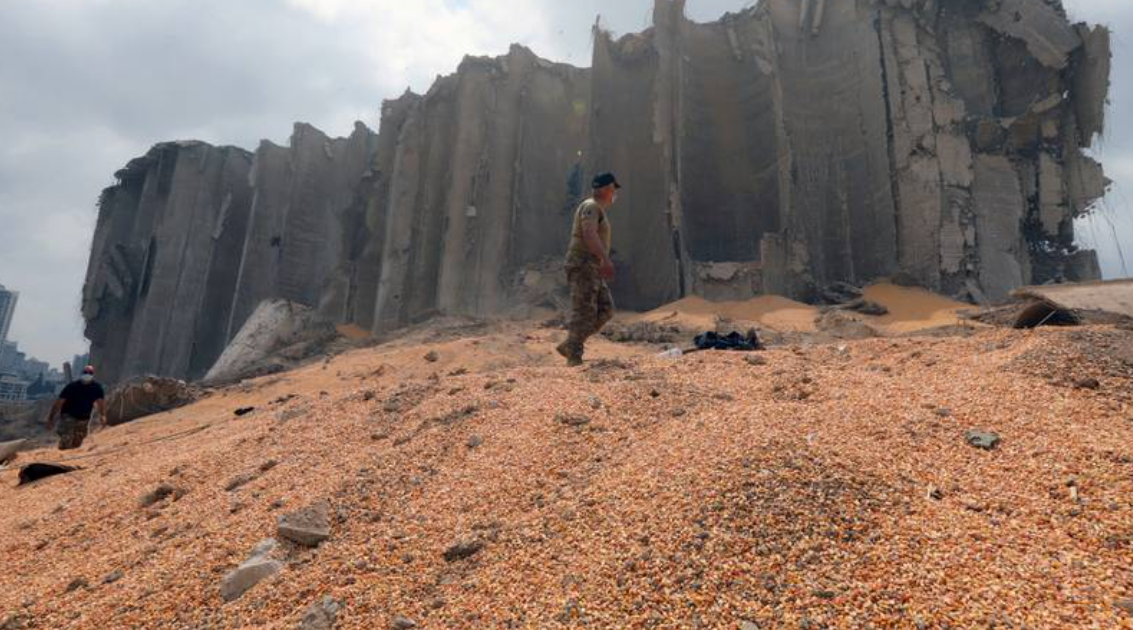 The war in Ukraine has forced the Lebanese state to consider stepping in for the first time in three decades to buy millions of dollars a month of wheat as they seek alternatives to Ukrainian and Russian markets given the ongoing crisis.

Lebanese Economy Minister Amin Salam told The National on Tuesday he has asked the US and other international donors to help secure an emergency reserve as wheat stockpiles remain low. The country’s only silos at Beirut’s port were destroyed in a devastating explosion in August 2020.

The aim is to buy one month of the country’s wheat, or 50,000 tonnes, and then progressively more. “We’ll get them at the lowest market price,” said Mr Salam, who will be discussing the details of the plan with the Finance Ministry in the coming days.

The wheat will be stored in the countries of sale and brought to Lebanon when storage capacity allows, he said. The move is a direct response to Russia’s invasion of Ukraine but is also part of a wider strategy to maintain reserves, the minister said.

Before the explosion, Lebanon’s wheat reserves were equivalent to three or four months of consumption. Since the blast, depleted stockpiles can last for little more than a month. Wheat is currently stored in the port of Tripoli and in buildings owned by the country’s millers.

With wheat prices rising sharply due to the Ukraine-Russia conflict, there are fears that Lebanon’s cash-strapped central bank will not be able to continue subsidising bread.

This could cause social unrest in a country where nearly three quarters of the population has been pushed into poverty since 2019. Lebanon’s financial collapse has caused the local currency to tumble and inflation to soar.

“There is no capacity at the central bank to pay higher prices,” said Mr Salam. “It’s now subsidising wheat at a cost of $390 or $400 a tonne, but if international prices increase to $500 a tonne then the central bank’s costs increase because it subsidises wheat 100 per cent.”

This means that at current prices, Lebanon’s central bank is spending around $20 million a month.

Lebanon is highly dependent on wheat imports from Ukraine and Russia to produce its widely consumed traditional Arabic bread. Customs figures show that in 2020, Lebanon imported 81 per cent of its wheat from Ukraine and 15 per cent from Russia.

Mr Salam said that while Lebanon was still considering buying from Russia, he has been talking to Romania and the US, and in the coming days he expects to discuss potential deals with India, France and Canada. Ukraine is no longer an option.

“The further we go, the more expensive the shipping is,” he said. “We need to move fast. Every day, prices can jump $20 or $30 [per tonne] depending on the escalation of the war between Russia and Ukraine.”

The Lebanese state delegated wheat purchases to the private sector at the end of the country’s 1975-1990 civil war. Buying wheat directly is “out of the norm”, said Mr Salam. “But the Ministry of Economy and Trade is allowed to do it by law, particularly when we are facing such an emergency.”

He said he believed that state purchases of wheat would remain in place over the next year.

The Economy Ministry’s decision shows that it is “reconsidering its duty in relation to strategic foods”, said Riad Saade, director of the Lebanese centre of agricultural research and studies.

Lebanon set up a government programme in the late 1950s dedicated to researching, producing and importing crops, including wheat. But this system was dismantled during Lebanon’s post-war reconstruction in the early 1990s.

“The Economy Ministry, which used to control operations, became a supervisor, paving the way for contractors in wheat, cereals and grains to take over the work,” said Mr Saade.

Lebanon’s post-war system is under intense scrutiny from the IMF, which is demanding significant anti-corruption reforms before considering a bailout.

Sales of bread have gone up in the past two years because it remained relatively cheap compared to other goods thanks to subsidies, said Ali Ibrahim, vice president of the federation of Lebanese bakers.

“Lebanon’s food security must be a red line. They need to start importing the wheat today, before tomorrow,” said Mr Ibrahim.

Mr Salam said he hoped to reduce the price of bread, should a foreign country step in to secure Lebanon’s needs in wheat. “We want prices to go down or remain stable. If they go up, it’ll be a disaster,” he said.