The Lebanese government has approved a plan that would demolish what is left of the northern part of  Beirt’s collapsing wheat silosand reinforce the southern chunk.

The silos were severely damaged by the blast in the Lebanese capital on August 4, 2020, that killed more than 200 people and injured thousands.

A fire has smoldered away for weeks in the northern half of the silos, leading to their partial collapse. The northern part continues to tilt and is expected to fall in the near future.

Families of those who died in the 2020 explosion want the silos preserved as a “silent witness” and memorial to the victims.

The government has been criticised for its failure to extinguish the fire, which has been blamed on fermenting wheat stocks in the silos and the summer heat. Ministers have said the fire will continue while the wheat remains.

“We have agreed to quickly and technically study the destruction of the northern part of the silos and to protect and strengthen the southern part,” said caretaker Environment Minister Nasser Yassine, following talks with Prime Minister-designate Najib Mikati and two MPs.

By demolishing the northern silos, the rubble and grain could be cleared away, thus removing the source of the fire and preventing pollutants from being emitted into nearby neighbourhoods, Mr Yassine said.

Once the rubble is removed, “we can focus on the southern silos and work to strengthen them”.

Part of the silos collapsed earlier this month as Lebanon marked the two-year anniversary of the August 4 blast, further compounding the grief for survivors and families of the victims.

In April, Lebanon’s Cabinet approved their demolition after a survey found they could collapse in the ensuing months.

But families of the victims had filed three separate lawsuits in a bid to stop the government from demolishing the silos.

Najat Saliba, one of the MPs present at the meeting with Mr Mikati, said the decree approving the demolition of the silos would be amended “in order to preserve the southern part as a witness to the painful explosion”.

The 2020 explosion has been blamed on mismanagement and corruption, and is viewed as a symptom of the country’s many systemic problems.

Much of Lebanon has been plunged into poverty following an economic collapse that first became apparent in 2019. The local currency has dropped in value by more than 90 per cent and there are widespread shortages in basic necessities, including water, electricity and medicines. 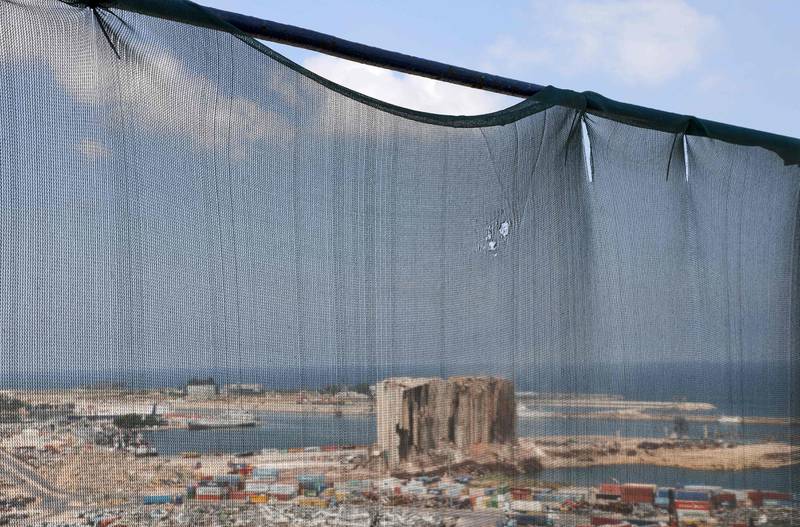