Lebanon has become the angriest nation in the world, according to a global survey, reflecting the mood of despair, frustration and sadness that has enveloped the Arab country in recent years.

The Global Emotions report by the US analytics and advisory company Gallup asked people in 140 countries a series of questions about their emotions, from the end of 2021 through to mid-2022.

As well as being the angriest nation, Lebanon also ranked high for the number of people expressing worry and sadness while scoring low on smiling and being well-rested.

In response to the question, “Think about how you felt yesterday. Were you angry?”, 49 per cent of respondents in Lebanon said “yes”, the highest rate recorded by the survey.

This was followed by Turkey, at 48 per cent and Armenia, with 46 per cent.

Iraq, where 46 per cent of people answered “yes”, was next, followed by Afghanistan, at 41 per cent.

The five least angry countries were Finland, Mauritius, Estonia, Portugal and the Netherlands.

Over the past two years in Lebanon, people have been trying to adapt to hyperinflation, economic collapse and the trauma of the Beirut blast,  which killed more than 200 people.

This year, Lebanon has been the country most affected — more than Zimbabwe, Venezuela, Turkey and Iran — by the food inflation crisis driven by the Russian invasion of Ukraine and years of economic malaise and endemic corruption, said the latest report  by the World Bank.

Many young people have joined long queues for visas outside western countries’ embassies, or accepted job offers in other Arab countries in search of better futures.

The country of nearly seven million people is currently in political deadlock, with no agreement among its rival political parties on forming a Cabinet that can win the endorsement of the outgoing president and the hung parliament.

Lebanon’s political structure is sectarian and frequently influenced by foreign and regional powers.

The Gallup survey also asked about other feelings, including whether respondents felt stressed, sad, well-rested or happy.

The Lebanese have further ranked at the top or high on the list of countries whose people experienced more negative feelings.

They are the second saddest and most stressed after Afghanistan.

Lebanon is also a worried country, ranking third after Afghanistan and Brazil in the survey’s anxiety category.

The poll, however, does not explain what is behind such negative feelings.

All in all, the survey found that people worldwide felt more worried, stressed and sad than at any time in the past 16 years. They also had fewer positive experiences than they did in 2020.

As for the well-rested countries, Lebanon ranked at the bottom of the list, below Afghanistan and Ukraine, while Indonesia, Malaysia and Mongolia secured the top three places.

Finland has been named as the happiest country in the world for the fifth year running, followed by three of its Nordic sister countries, Norway, Denmark and Iceland, according to the World Happiness Report,   a publication from the UN’s Sustainable Development Solutions Network.

The UN index of happiness is mainly based on gross domestic product (GDP) per person, the fight against corruption and life expectancy. 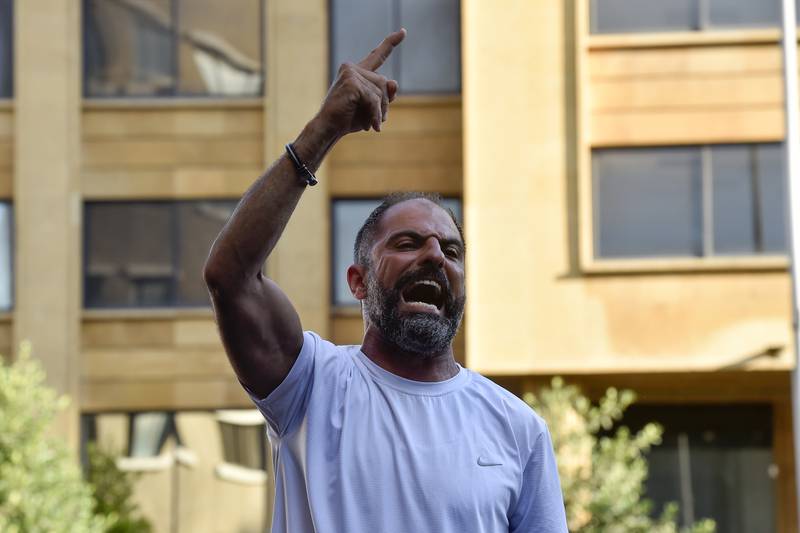 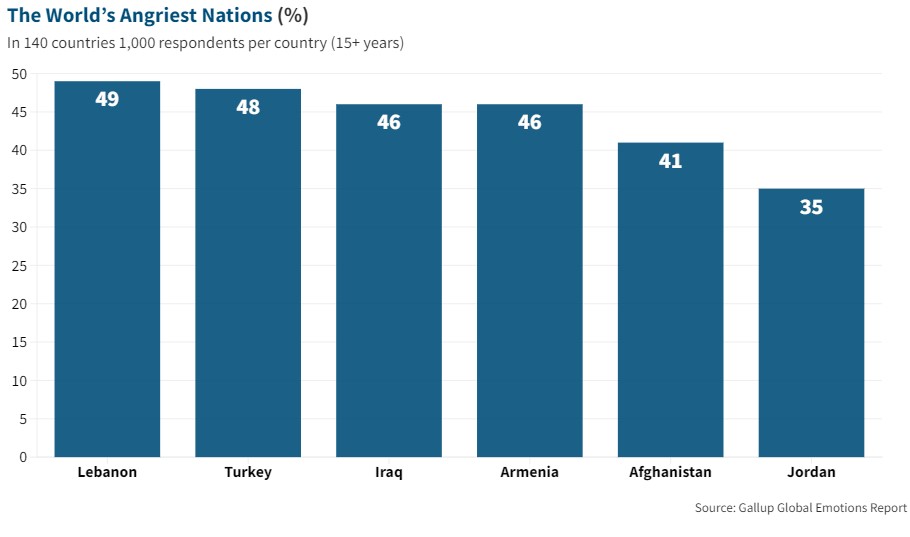