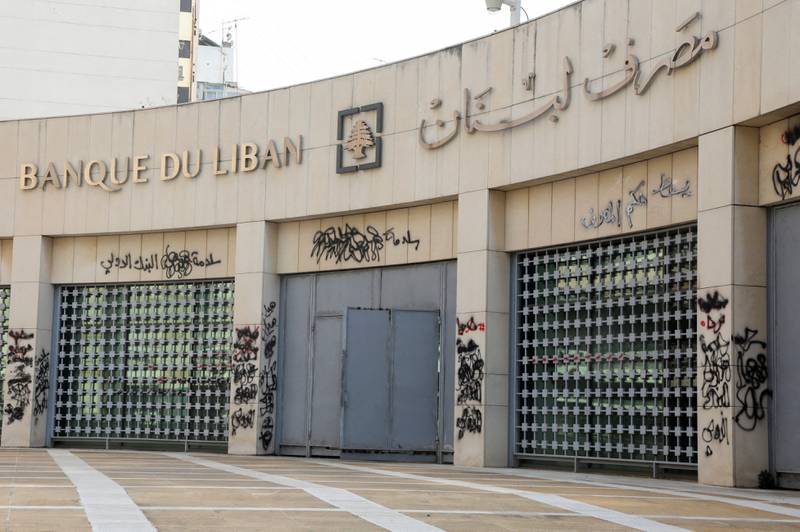 Lebanon will finish an audit of the central bank’s foreign exchange position within two to three weeks, the country’s deputy prime minister said on Wednesday, marking the first completion of a set of conditions to receive a bailout from the International Monetary Fund.

Addressing a meeting with the country’s creditors, Saadeh Chami also said a long-awaited audit of Lebanon’s gold reserves could be completed in three weeks.

Lebanon reached a staff-level agreement in April with the IMF for a four-year, $3 billion bailout, the final approval of which was conditional on the implementation of eight main requirements.

Mr Chami said he could not give a specific date for the completion of all conditions, as many require parliamentary approval.

Those include capital controls, amendments to banking secrecy regulations and a framework for banking restructuring.

Lebanon will hold its first parliamentary elections since 2018 on May 15.

“If Parliament approves the draft laws, the prior actions, then we can move very quickly,” he said, suggesting Parliament could do so by mid-June.

The IMF programme is seen as crucial for Lebanon, which is in the midst of a crippling financial crisis that has left much of the country in poverty, due to the deep reforms it would entail and the international funding it could unlock.

The World Bank has described Lebanon’s crisis, the result of decades of corruption and mismanagement, as one of the worst in modern times.

He added that Lebanon required between $8bn and $10bn over 10 years on top of the IMF funds.

“To be frank, this entrenched problem cannot be solved overnight. It will take some time in order to change the culture and make a difference, but I think this is some thing the government intends to do,” he said.