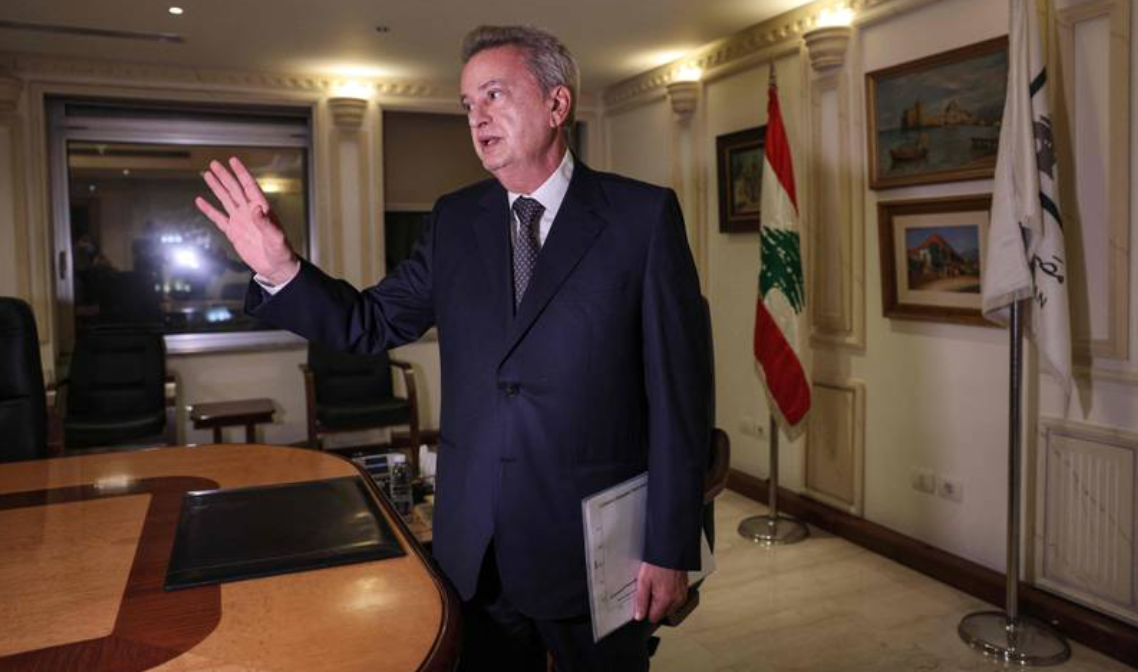 The whereabouts of Lebanon’s Central Bank governor were unknown on Tuesday after State Security raided three locations in an attempt to detain the controversial figure but were unable to find him, a source within the agency told The National.

State Security, one of Lebanon’s security branches, sent officers to Riad Salameh’s office in Beirut as well as to his private homes in the town of Rabieh, a 30-minute drive from Beirut, and in Safra, a coastal town farther north.

“We tried to locate him but could not find him,” the source said.

The governor’s whereabouts are unknown and The National’s attempts to reach him via a press attache went unanswered.

State Security were attempting to detain the governor based on a February 1 subpoena issued by Judge Ghada Aoun to appear for questioning after he failed to attend three hearings. She has also issued a travel ban against him.

Ms Aoun’s subpoena is in relation to a complaint filed against Mr Salameh by a group calling themselves The People Want to Reform the System, who accuse the bank governor of embezzlement, wasting public funds, illegal enrichment and money laundering, according to media reports.

After his failure to attend the hearings, Ms Aoun told Reuters on Tuesday that she had indefinitely extended the subpoena against Mr Salameh. A senior judicial source said that State Security’s raid was an attempt to bring Mr Salameh in by force for questioning but that he was not under arrest.

Hassan Bazzi, a lawyer and a member of the group, told The National that “Mr Salameh is now on the run”.

In a statement, Ms Aoun said that she had written to the ISF’s directorate asking whether there was a decision to “not harm” Mr Salameh.

Once considered among the best central bank governors in the world, Mr Salameh, 71, has come under intense scrutiny since the collapse of Lebanon’s banking sector in 2019.