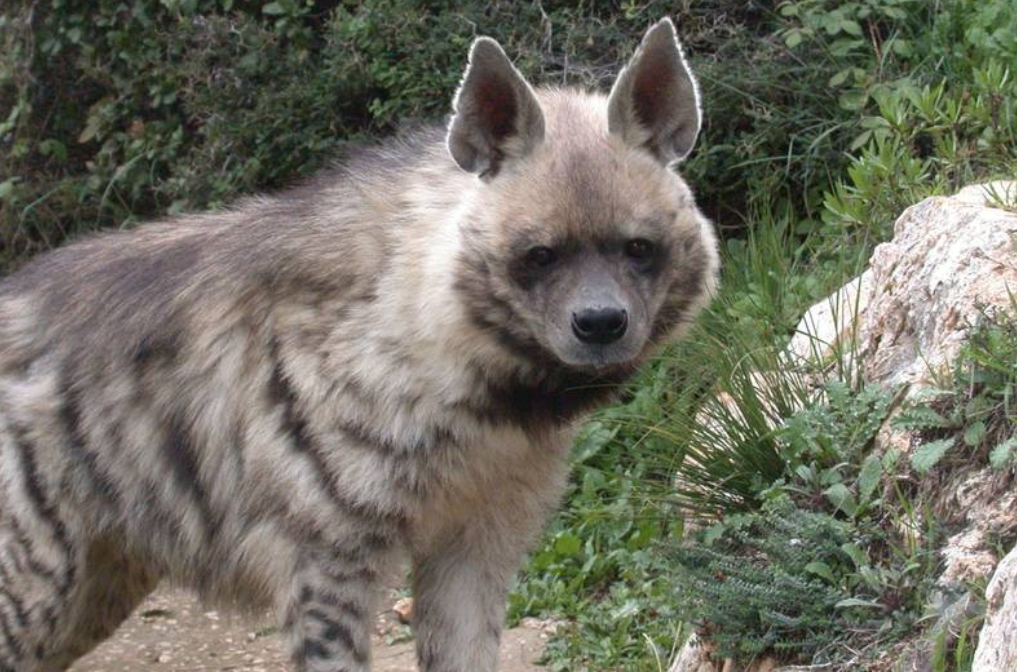 The striped hyena may be Lebanon’s national animal, but there are fewer than a hundred of them left in the wild.

The country’s largest carnivore suffers from a bad reputation and has been mercilessly hunted despite its fearful nature.

When threatened, the striped hyena raises its impressively long mane to appear larger than its true size, which is smaller than the spotted hyena found in sub-Saharan Africa.

A scavenger that rarely kills livestock, the striped hyena’s powerful jaw can chew through bone that its stomach digests with acid that is “almost as strong as car battery acid,” said Lebanese conservationist Mounir Abi Said.

He has spent decades dispelling local folklore about the animal. In 1993, he co-founded wildlife sanctuary Animal Encounters in the town of Aley, south-east of the capital, Beirut.

“People say that when a hyena sees a human being, they pee on their own tail, and splash it in the face of the human. The human gets mesmerised, follows the hyena to its den, and then the hyena tickles it with its feet until they die laughing,” said Mr Abi Said, 55.

He said such stories arise from Lebanon’s history of famine in the early 20th century, during which starving city dwellers fled to the countryside. It was common for the dead to lie unburied, and hyenas would drag corpses to their caves to eat.

The hyena’s natural cry, which resembles a human laugh, contributed to locals spreading myths about the animal.

But awareness-campaigns are slowly shifting public opinion. The illegal killing of striped hyenas increasingly causes outrage on social media, signalling a change of mentality, according to Mr Abi Said.

A couple of hyenas along with 50 or so other rescued animals, including foxes, vultures, pelicans and deer, live at Animal Encounters. Mr Abi Said hopes the hyenas will breed pups that he can release in the wild.

But its activities have been severely hampered by Lebanon’s two-year economic crisis, and the sanctuary can no longer monitor animals once released.

“We let them go and pray they survive,” said Mr Abi Said.

Like many shelters across the country, the sanctuary finds feeding the creatures increasingly hard. The future of Animal Encounters, which Mr Abi Said manages with his wife, is uncertain.

“We are both university professors and pay from our own money,” he said.

“Lately, some volunteers raised funds on GoFundMe, but I don’t know how long we’ll survive. We have had the centre for 30 years, but this year for the first time we think that we might stop.”