Employees at Lebanon’s Information Ministry went on strike over poor pay on Thursday, joining a month-old public sector strike over low salaries that has affected most government offices.

The ministry oversees the state’s media outlets, including the National News Agency (NNA), that provide daily news pertaining to the crisis-hit country.

The NNA, which local and international journalists rely on for official schedules and statements, stopped publishing news from Thursday morning.

An employee at the agency, who asked not to be named, said salaries barely covered their transport costs.

Three million Lebanese pounds is worth a little more than $100 at current exchange rates on Lebanon’s black market.

In 2019, Lebanon began to descend into an economic crisis that the World Bank has called one of the worst in modern history.

The currency has plummeted in value by about 95 per cent, which means public sector employees — who are still compensated at Lebanon’s virtually obsolete official exchange rate — now make only 5 per cent of what they did before the financial collapse.

The NNA source said employees had not been given compensation for their transport costs in four months.

“It’s not possible — we can’t even afford to come into work anymore,” he said.

The ministry strike is scheduled to last until next Thursday, said the source, but would continue if their demands are not met.

“The minister met with us and asked us to give him a week to try to meet our demands. If by Thursday nothing comes of it, he said he will stand with us in open strike.”

One of the only items published by the NNA on Thursday was a statement on the strike issued in the afternoon.

“We are no longer able to bear the situation,” the statement said. “We thought for a while that we would be able to overcome [the economic crisis] armed with a sense of professionalism and national responsibility.

“But we were in front of a dead end.” 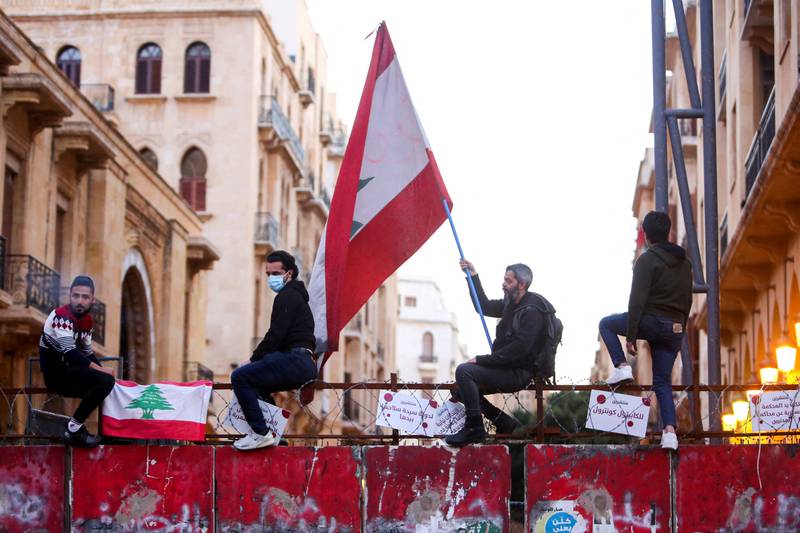