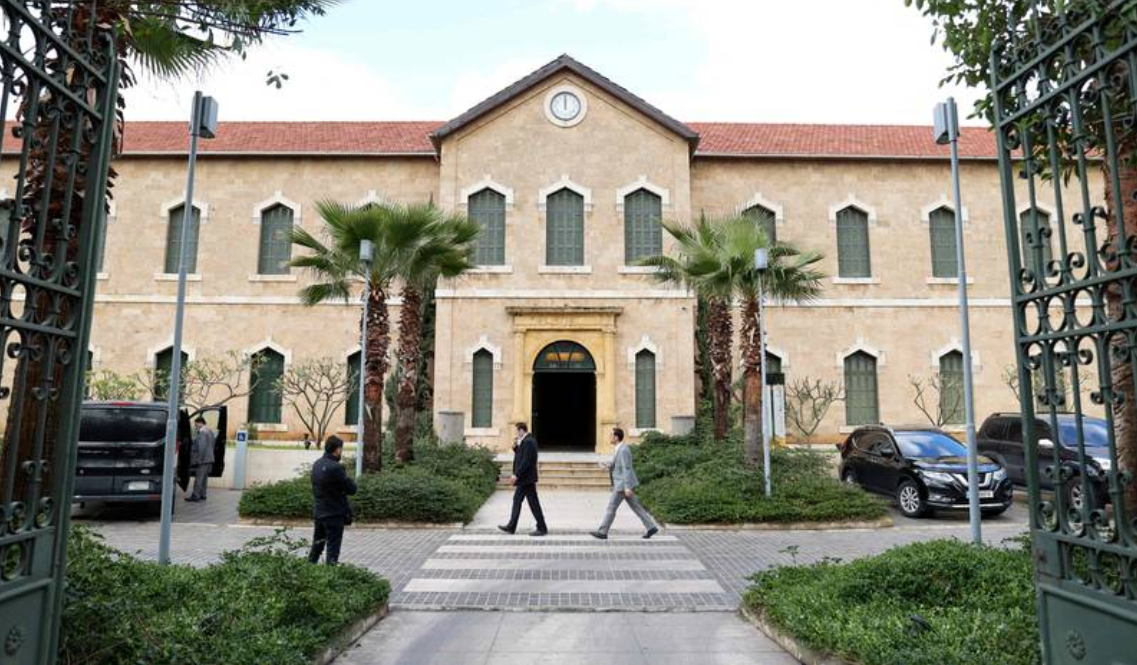 ighteen months on from the 2020 Beirut Port blast, which left thousands of buildings in ruin, The Lebanese National Library reopened its doors, following restoration of the Ottoman building complex it resides in.

Marked by an inauguration ceremony last week that was attended by Prime Minister Najib Mikati and Culture Minister Mohammad Mortada, a commemoration plaque in the library’s lobby was unveiled to celebrate what is hoped to be the last time the space will have to “reopen”.

“We are here today again to witness and confirm that Beirut was and will remain the mother of poetry and a city that is not despairing,” Mikati said at the ceremony. “Despite all the challenges and political, economic and social concerns that surround us, literature and culture will have its place in the heart of this capital, as a living witness that Beirut will not die, and if it is ever destroyed under different circumstances, it will rise again to remain the beacon of the East.

“The port explosion on August 4, 2020 left tragedies and pains that have not yet healed, [and will not] before the full truth of what happened is known,” he said. “The National Library, where we meet today after the completion of its restoration work, was and will remain an oasis of hope that brings together the Lebanese and is one of the landmarks of culture, thought and science.” 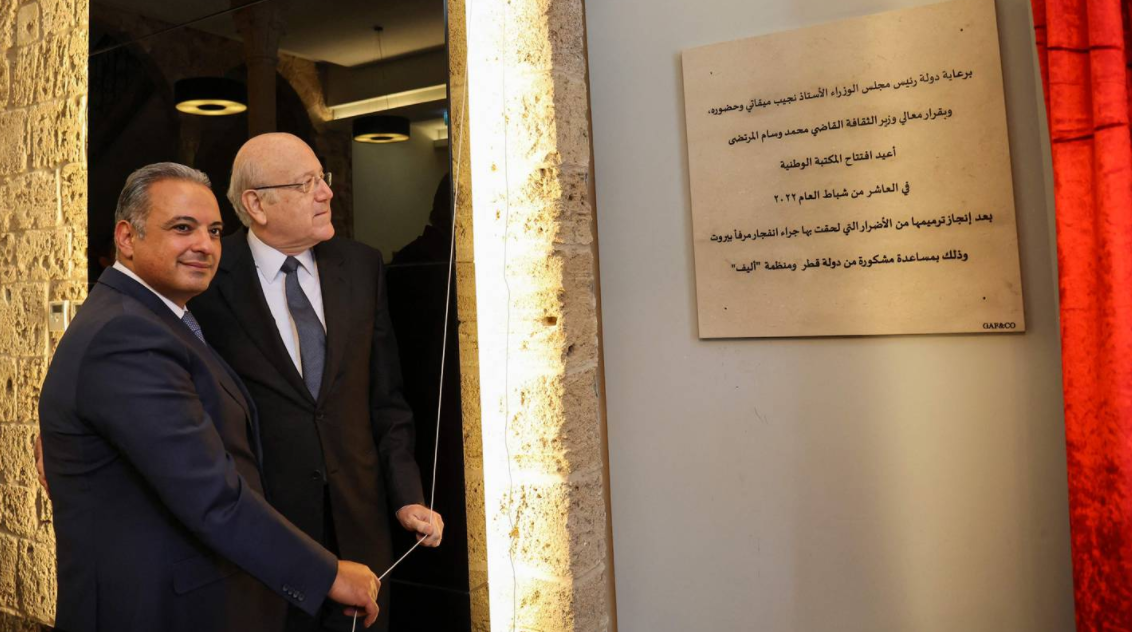 The windows and interior fixtures were ripped apart during the blast, and most of the electronic equipment needed replacing. The work was funded by Qatar and the Aliph Foundation, which safeguards heritage in conflict areas around the world.

“Thankfully, the collection was saved due to its quick removal and transfer to the lower warehouses, in line with the library’s preventive preservation plan in the scenario of a catastrophic event,” Mortada tells The National. “The library has an amazing management team of 22 people who went above and beyond to extract the books from the rubble and were able to clean them up and store them safely until the library was ready again.”

Located in the Sanayeh area of Beirut, the library’s current home – a grand Ottoman-era complex built between 1905 and 1907 under the reign of Sultan Abdulhamid II – was not its first.

The institution started as the personal collection of writer and scholar Viscount Philippe de Tarrazi, from his residence in 1919. On his recommendation, the government founded the Great Library of Beirut in 1922, located in the Prussian Deaconess School in downtown Beirut, upon which he donated his entire collection and began travelling to gather more books. 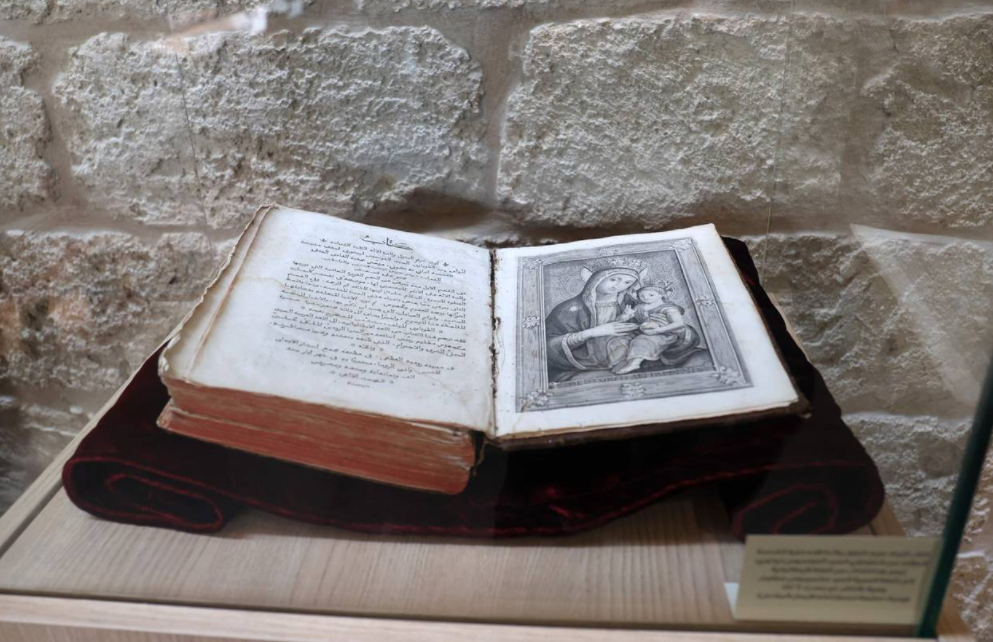 “Greater Lebanon was one year old when [Tarrazi] donated his rare collection to the library, which contained more than 20,000 books and about 3,000 manuscripts, thus forming the foundation of the National Library,” Mortada says. “It is the first official institution built with pure Lebanese hands, unlike many national institutions that were established by the French during the Mandate period.

“The knowledge content in this library grew year after year. Beirut at the time, until recently, was the printing press of the Orient and one of the few open to all cultures, old and new, and a place of debate, which led to a place of free expression that produced hundreds of publishing houses, thousands of books, theatres and exhibitions, a modernist literature movement, poetry and other fine arts; universities, forums, the media and the press,” he says. “The National Library was enriched by the effects of all this, until its shelves were stocked with innovations from everyone.”

By 1937, the library had moved into what is currently the parliament building in Nijmeh Square, where it flourished until the onset of the Lebanese Civil War in 1975. In 1979, it closed down, having lost more than a thousand rare manuscripts to the fighting and the building becoming uninhabitable.

It wasn’t until 2005 that efforts to revive the library began again. Qatar donated $25 million to oversee the restoration of the current Sanayeh premises. Work began on restoring the 300,000 publications in the collection – a process that took almost two decades.

In December 2018, the library was officially reopened, but closed shortly after for maintenance that was unable to get off the ground owing to the country’s economic struggles, followed by the blast damage. 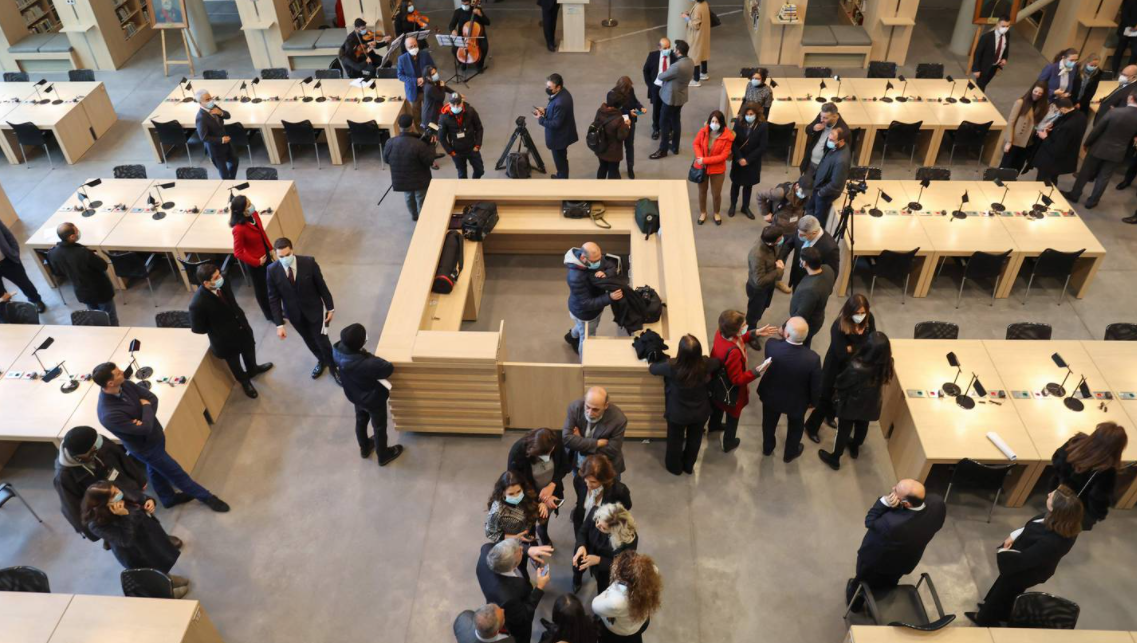 While the library may be functional once more – able to have 300 people at a time – there are still many details left to make it truly usable. Currently, plans for a library card have not been finalised and the country’s electricity shortages mean there are times it will have limited facilities.

“The library is open now but it won’t be able to provide the full role it should until the issues of electricity can be solved – likely a combination of state power, generators and hopefully renewable energy like solar panels,” Mortada says. “These things we have to take day by day until we can sort these matters. For now the library will be open every day, for as long as there is power, otherwise the computers to search for books etc won’t work.”

The deposit law created in 1924 by General Weygand means that any book published in Lebanon would give a copy to the library, too. Due to about 40 years of closure in total, the library will likely have gaps in its collection to fill. Mikati also called for the National Archives to be added for preservation and access for scholars or researchers.

“We are working to consolidate the role of the Ministry of Culture in protecting this history and handing it over to future generations in an active way,” says Mortada.

“[We seek] to encourage in-kind exchange provided by libraries and various institutions, through partnership and co-operation, with a focus on supporting the knowledge economy, at a time when information has become the driving force of globalisation. We will be implementing the project of digitising the collection and publishing it virtually to make them available to all.

“In difficult times, culture remains a common refuge for all people, not to make them forget their reality, but to guide them to the intellectual rules and scientific mechanisms that can overcome it.”