Lebanon’s next parliament will be ‘Lebanese Forces-Hezbollah face-off’ 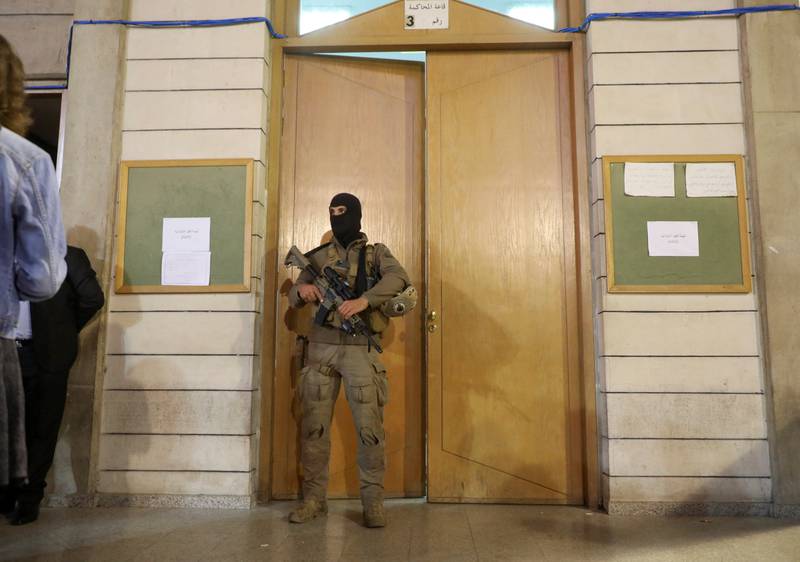 Lebanon’s next parliament will probably be a face-off between Hezbollah and the Christian Lebanese Forces, electoral expert Rabih Hadad told The National as polls closed on Sunday.

“This is a war between the Lebanese Forces and Hezbollah. In the end, we’re going to get a parliament that would be willing to go to war with each other for the sake of gaining power,” he said.

He said the turnout information supported his view that the Free Patriotic Movement — a Hezbollah ally and the largest Christian bloc in the 2018 vote — would lose seats to the LF. He said the LF appeared to get the backing of not just supporters, but non-supporters who saw them as the only viable opposition to Hezbollah.

“Many people who don’t support the Lebanese Forces voted for them regardless,” he said.

Sam Heller, an analyst with the Century Foundation, also said the results would likely see the same collection of parties return to parliament.

“It seems almost impossible to imagine Lebanon voting for more of the same,” he told AFP. “And yet, that appears to be the likeliest outcome.”

Mr Hadad said the independent candidates may take a few seats, but they have a massive uphill battle regardless.

“Even if we manage to get five members of parliament from the [protest movement], what’s going to happen? Sure, they might be able to pass some laws but at this rate, we will need 50, 60 years to fix the country,” he said.

He also said that the opposition groups had made mistakes.

“Why would we have three [protest movement] lists in the same area? That’s what they’ve done in some areas. It makes no sense and splits the vote,” he said.

There could also be issues with the earlier expatriate votes, which saw a 60 per cent turnout when they cast ballots at embassies and consulates around the world last week. Amal Hamdan told Reuters that these could face many objections, especially in districts where newcomers are taking on established parties.

“Where competition is fierce and where the electoral threshold is something opposition parties can overcome, we’re going to see a lot of disputes,” Ms Hamdan said.

On why, given the dire state of the country, turnout appeared to be under 40 per cent, MrHadad said the electoral law gives people no faith in the process and the entrenched parties left them feeling hopeless.

“People are depressed. People don’t have the energy to vote any more. They don’t feel like they can change anything,” he said.