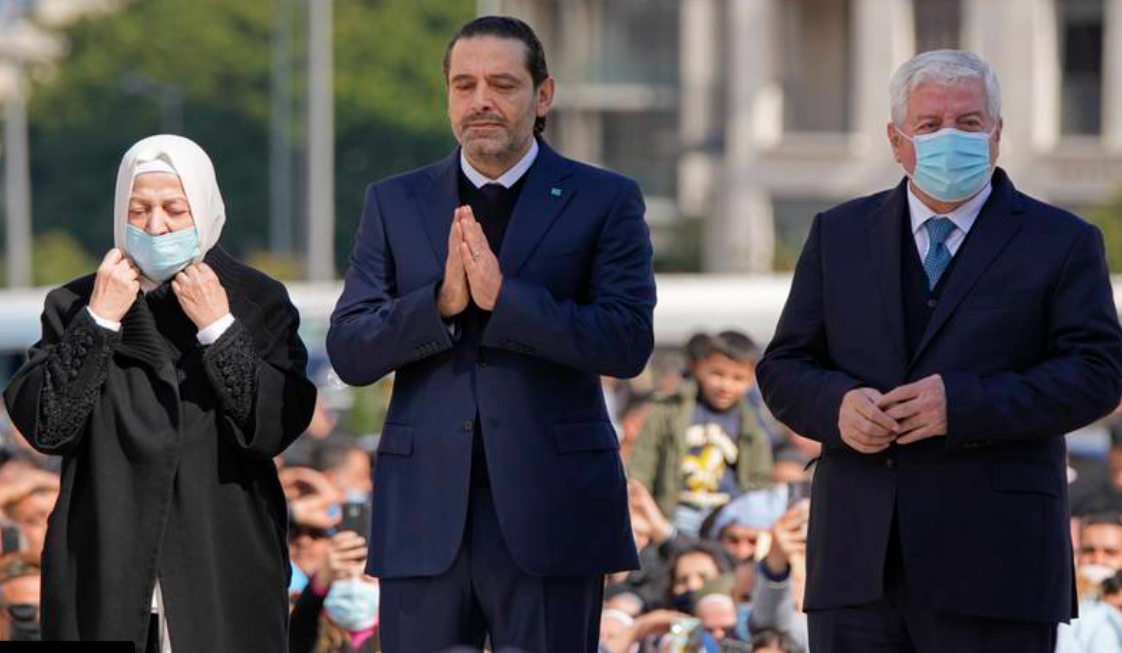 Thousands of people from across Lebanon gathered in Beirut on Monday to commemorate the 17th anniversary of the assassination of former prime minister Rafik Hariri.

The event took place amid heightened fears among his supporters for the country’s future, three weeks after the withdrawal of his son and political heir Saad from politics and three months from parliamentary elections.

“I hope that sheikh Saad will return and play his political role again,” said Khaled Rabah, from the eastern region of the Bekaa, addressing Mr Hariri with a local title that shows respect. “People are fearful because of the bad political situation and increasing polarisation.”

Like all participants The National spoke to, Mr Rabah said he would not vote in the coming elections in the absence of Mr Hariri’s political party, the Future Movement. The party is the main representative of the Sunni Muslim community in Lebanon. “There’s no trust in these elections,” Mr Rabah said.

Many said they feared tensions between religious communities as the country’s punitive economic crisis worsens.

“Street talk has turned completely sectarian. People say this person is Sunni; the other is Shiite. There’s a big problem,” said Ahmad Trad, 60, from the northern region of Dennieh. 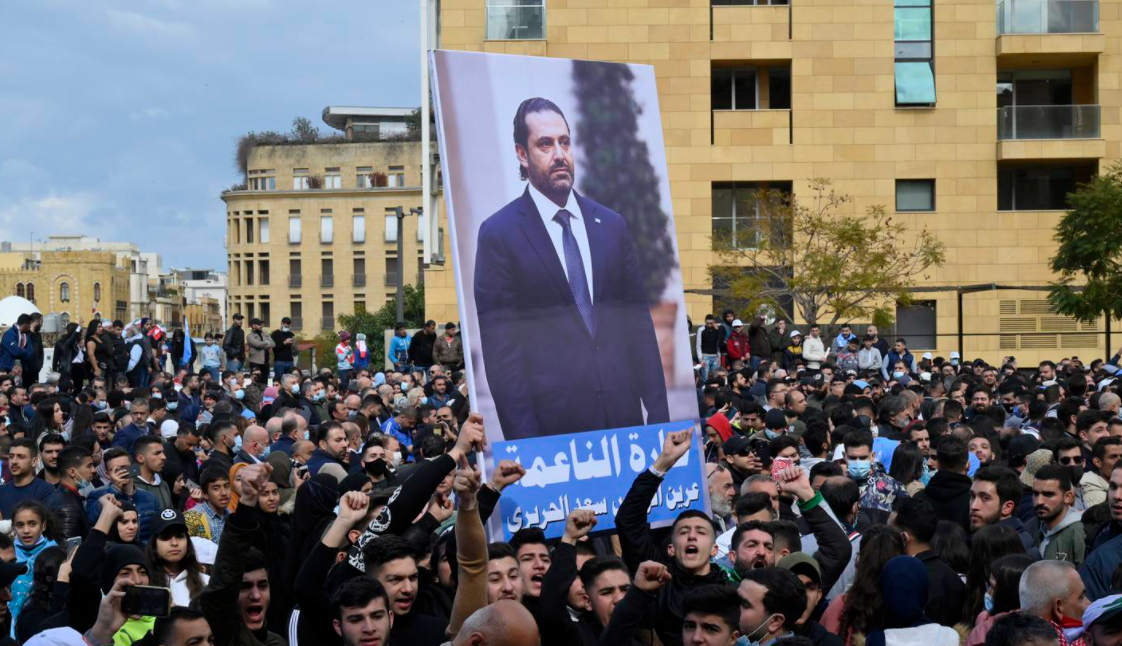 Mr Hariri, who has moved to the UAE, prayed at his father’s tomb on Monday with relatives but did not give his traditional speech. Nor did he organise a gathering at his family’s Beirut compound.

Tatiana Khaled, a 19-year old law student, said that for her, there was no alternative to Mr Hariri in the elections.

“Everyone is corrupt except for Saad Hariri. This country is headed towards destruction,” Ms Khaled said.

A prime minister three times, Saad Hariri, 51, resigned from politics with an emotional speech on January 24.

“I believe there is no positive opportunity for Lebanon due to Iranian influence, international floundering, national divisions, sectarian agitation and the state falling apart,” he said, alluding to Lebanon’s influential Tehran-backed political party-cum-militia, Hezbollah.

In December 2020, a UN-backed court sentenced a Hezbollah operative to life in prison for Hariri’s assassination in a bombing that left a crater at least 10 metres deep in front of Beirut’s seaside corniche and killed 22 others. The operative remains at large.

Mr Hariri’s departure from political life is widely viewed as a new chapter in Lebanese politics, in which the Hariri dynasty has played a leading role since Rafik Hariri, a self-made billionaire, rose to prime minister in 1992.

In Lebanon, the prime minister is Sunni Muslim, the president is Christian and the parliament speaker is Shiite Muslim.

Mr Baarini is not a member of the Future Movement but has been part of its Parliamentary bloc since his election in 2018.

Shortly after his arrival, Mr Baarini walked towards Hariri’s tomb surrounded by a large crowd comprised of admirers jostling to film him on their mobile phones.

He said last week that he would run in the elections despite the party’s retreat from politics.

Watching the commotion, an elderly member of the Future Movement expressed his distaste. “This is wrong,” he said, pointing at how another party MP visited the tomb without a large crowd behind him.

Mustafa Allouche, a former parliamentarian and senior member of the Future Movement party, was blunt with his assessment of Mr Baarini’s intentions.

“It’s a parasitic kind of presence,” he told The National. “He’s trying to benefit from the event to show that he is related to Rafik Hariri’s legacy and gain more votes.”

Saad Hariri’s departure from politics has left a void that less influential Sunni leaders are trying to fill, said Joseph Bahout, director of the Issam Fares Institute for Public Policy and International Affairs at the American University of Beirut.

Lebanon’s Sunni Muslims are leaderless, with some tempted by complete withdrawal.

“Smaller leaders are trying to take ownership of the Hariri legacy,” Mr Bahout said. “This is the scenario we were expecting.”

A few metres from Hariri’s tomb, another MP associated with the Future Movement, Osman Alameddine, was cheered by a small crowd of supporters.

“We are here to honour everything that Rafik Hariri built,” he said. Asked whether he would participate in the coming elections, he answered that he had not taken a decision yet.

Mr Alameddine denied any electoral intentions in attending Monday’s commemoration. “It’s a national duty for us to be here,” he said.