The Taif Accord of 1989, which led to fundamental constitutional changes in Lebanon, reduced the powers of the country’s president. Yet the institution is significant.

According to the constitution, the president, who by custom is always a Maronite Christian, is described as “the head of state and the symbol of the nation’s unity”. His or her main purpose is to “safeguard the constitution and Lebanon’s independence, unity, and territorial integrity”.

While there is much in this formulation that is open to interpretation, there is also a refreshing clarity in that a president has responsibilities to which all Lebanese communities and factions can, or should, agree. You would have thought so, at least.

Yet in the last 10 days, several communal representatives, namely Hezbollah’s secretary general, Hassan Nasrallah, and three former prime ministers, have sought to define the kind of president they would view as ideal. Lebanon is in the midst of a presidential vacuum, after the end of Michel Aoun’s term, and the country’s many political forces have yet to agree on a successor.

While the preferred guidelines that have been announced do not necessarily contradict the constitution, it is revealing that everyone should still be defining the role of the presidency, sometimes beyond what the constitution mandates. If anything illustrates how far Lebanon’s political forces have drifted away from a document that should reflect a national consensus, it is the divisive way they continue to impose conditions on its fundamental provisions.

Nasrallah’s comments were part of a more complicated process of advancing the fortunes of the party’s favourite candidate – by all accounts Suleiman Franjieh – at a time when its major Christian ally, Gebran Bassil, is seeking Hezbollah’s endorsement for his candidacy. But it is also more than that. What Nasrallah effectively did was impose a para-constitutional filter on all potential presidents, which effectively alters the constitution’s meaning.

Hezbollah’s main rival, the Lebanese Forces, has not acted very differently. Weeks ago, the party’s leader, Samir Geagea, declared that he would support a “confrontation president”, one who would oppose “everyone who has ruined their lives”. However, Mr Geagea has made clear many times since then that the main target to “confront” was Hezbollah and its allies.

By affirming their contrasting approaches, both Nasrallah and Mr Geagea paid little heed to the central role of the president as a “symbol of the nation’s unity”. Neither of their projects will help unity, despite their belief in the contrary. To many Lebanese, Hezbollah’s resistance project is little more than a facade to ensure continued Iranian control over their country. As for Mr Geagea, most Lebanese would regard his ambition as placing Lebanon on a path to civil war.

In the wake of Nasrallah’s speech, three present and former prime ministers, who convene frequently to co-ordinate their positions, met on November 14 at prime minister-designate Najib Mikati’s home and outlined their vision of a president. They expressed support for a president “strong through his wisdom who should enjoy the backing and confidence of all Lebanese, not just one specific group”. They went on to say that the president “should respect the constitution, the Taif Accord, and resolutions of the UN Security Council and the Arab League”.

The prime ministers are all from the Sunni community, and their effort to defend the Saudi-sponsored Taif Accord and Security Council and Arab League decisions was clearly a riposte to Nasrallah’s speech, despite the denials of one of the three participants, Fouad Al Sanioura. Affirming Lebanon’s Arab identity has long been a cornerstone of the Sunni community, at a time when Hezbollah has sought to limit Lebanon’s ties with the Gulf states in particular.

Given these very different perceptions of what a president should be, it is no surprise that post-war presidents have fallen into two categories: They have either been figures who have had to satisfy all the major political actors, leaving them with almost no latitude to advance an agenda of their own; or they have sought to satisfy Hezbollah (and previously Syria) against a large segment of hostile Lebanese, dividing the country even more.

The simple reality is that Lebanon is so disunited over the most fundamental aspects of its social contract, that its head of state, whoever he or she is, cannot possibly be effective as a leader. Which makes one wonder why so many Maronites are willing to virtually destroy the country to get the job. But more profoundly, a normal country that cannot agree on what the president’s role is should seek harmony over a new social contract, then amend its constitution accordingly.

However, Lebanon today is not a normal country and no new national consensus seems remotely possible. That is why the presidency, towards which many Lebanese are looking, has become far more a symptom of the country’s ills than an institution that can help resolve them. 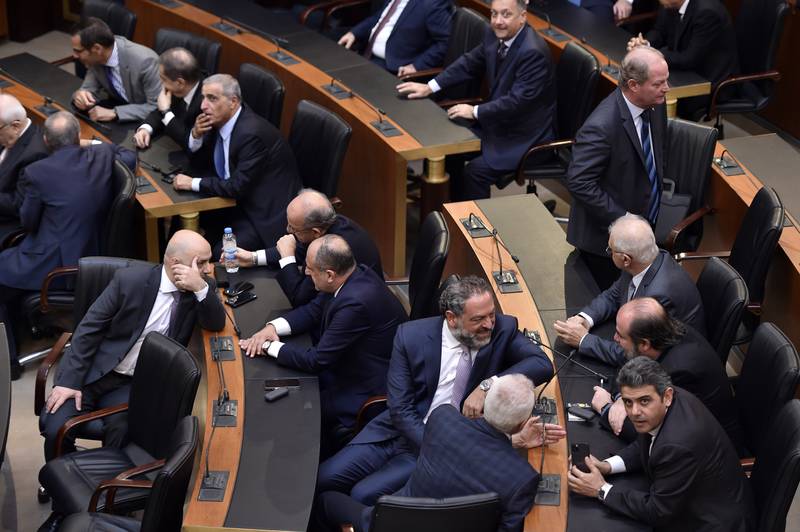