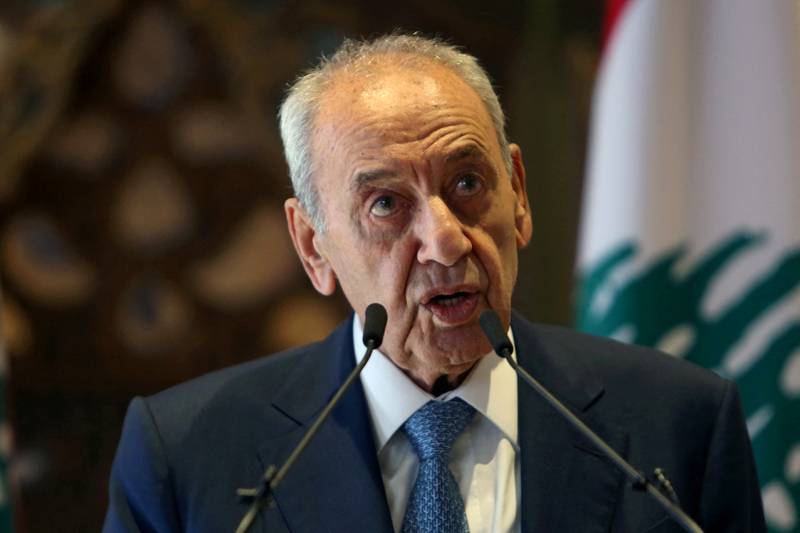 Veteran politician Nabih Berri was re-elected as speaker of Lebanon’s parliament by simple majority for the seventh time in a row on Tuesday.

Mr Berri, 84, has served as speaker since 1992. He was the only candidate for the post of speaker.

Under the country’s political system, the position is reserved for a Shiite Muslim.

He won by 65 votes in the 128-strong legislature ― the minimum number needed to secure the seat.

It is the lowest number of votes Mr Berri has received in his three decades of serving as the Speaker of Parliament. By contrast, in 2018, he won by 98 votes.

Twenty-three votes were returned blank and 40 were declared invalid.

The voting was disrupted by some MPs protesting that the vote counting was not read out properly, claiming it was being rigged.

Mr Berri then read some out loud. In what appeared to be an assemblage of protest votes by anti-establishment MPs born out of Lebanon’s October 17 protest movement, Mr Berri read several ballots which carried pointed political messages.

One read, “Justice for the victims of the port explosion,” in reference to the devastating blast in August 20 that killed at least 215 people.

The votes were then re-counted, this time out loud.

Lebanon elected a new parliament on May 15, in the first legislative election since the country’s economic meltdown began.

“I will serve the Lebanese country regardless of sect or political alignment,” Mr Berri said after his re-election.

“Let the differences and competition be for the best for Lebanon”.

Mr Berri heads the Amal Movement and has been a close ally of the heavily armed Iran-backed Hezbollah since the end of the 1975-90 civil war.

Heavy gunfire erupted in Beirut shortly after Mr Berri’s was re-elected. In a statement published on Monday, he had called on his supporters to avoid such displays of support. Celebratory gunfire is frequent in Lebanon and often leads to fatalities.

MP Sami Gemayel complained to Mr Berri during the session about the sounds of bullets shot into the air.

Mr Berri shrugged. “I issued a statement about this, what else can I do?”

It took two rounds of voting for parliament to elect Mr Bou Saab, who did not obtain the absolute majority in the first round, with only 64 votes.

Legislators also elected two secretaries and three commissioners after a lengthy debate over the method of conduct the voting process for those posts.

The new parliament is deeply divided with no coalition holding a majority. The Hezbollah group and its allies lost the advantage they had held since 2018, and now hold 61 seats — four short of an absolute majority.

The 19 MPs from the Christian Lebanese Forces, who are fiercely critical of Hezbollah and their Christian ally, the Free Patriotic Movement, supported Mr Bou Saab’s rival, surgeon Ghassan Skaff. Mr Skaff obtained 60 votes in the second round.

Despite changes in parliament and a history-making election of 13 new anti-establishment legislators, there was no alternative to Mr Berri.

All 27 Shiite MPs elected on May 15 are affiliated with either Amal or its ally Hezbollah, viewed as a terrorist organisation by several western countries.

The popularity of Lebanon’s traditional sectarian political clique is at rock bottom since the start of the country’s economic crisis in 2019.

The 13 new opposition MPs walked to parliament from Beirut’s port, where they had met with families of the blast victims.

Ali Noureddine, a 28-year old protester, told The National : “We are standing here to demand that the port explosion investigation file is a priority, and in solidarity with independent MPs who were voted into Parliament to tell them that they are not alone.”

Lebanon has been suffering for months from water, electricity, medicine and bread shortages. Politicians have been able to do little to stem shortages – harsh symptoms of Lebanon’s prolonged economic collapse.

As voting was under way for Mr Bou Saab, an MP told Mr Berri: “We want the AC. We’re hot”.

Referencing the shortages, Mr Berri answered: “Deal with it, there are people who live without any electricity.”

The Parliament session, marked by bickering and debate over the proper way to conduct votes, foretells of potential future divisions that may well face a deeply split Parliament. The new Parliament will now be tasked with forming a cabinet, and enacting reforms necessary to bring Lebanon out of a steep economic mire.

“The path to change is not an easy one,” said Ibrahim Mneimne, one of 13 independent, anti-establishment MPs voted into Parliament. “We see how difficult it will be.”

Yet celebrations occurred inside and outside Parliament on Tuesday. In a media room where the session was being monitored by journalists, some broke into applause when Mr Berri’s re-election was announced. Videos circulated of security officers dancing in the streets. 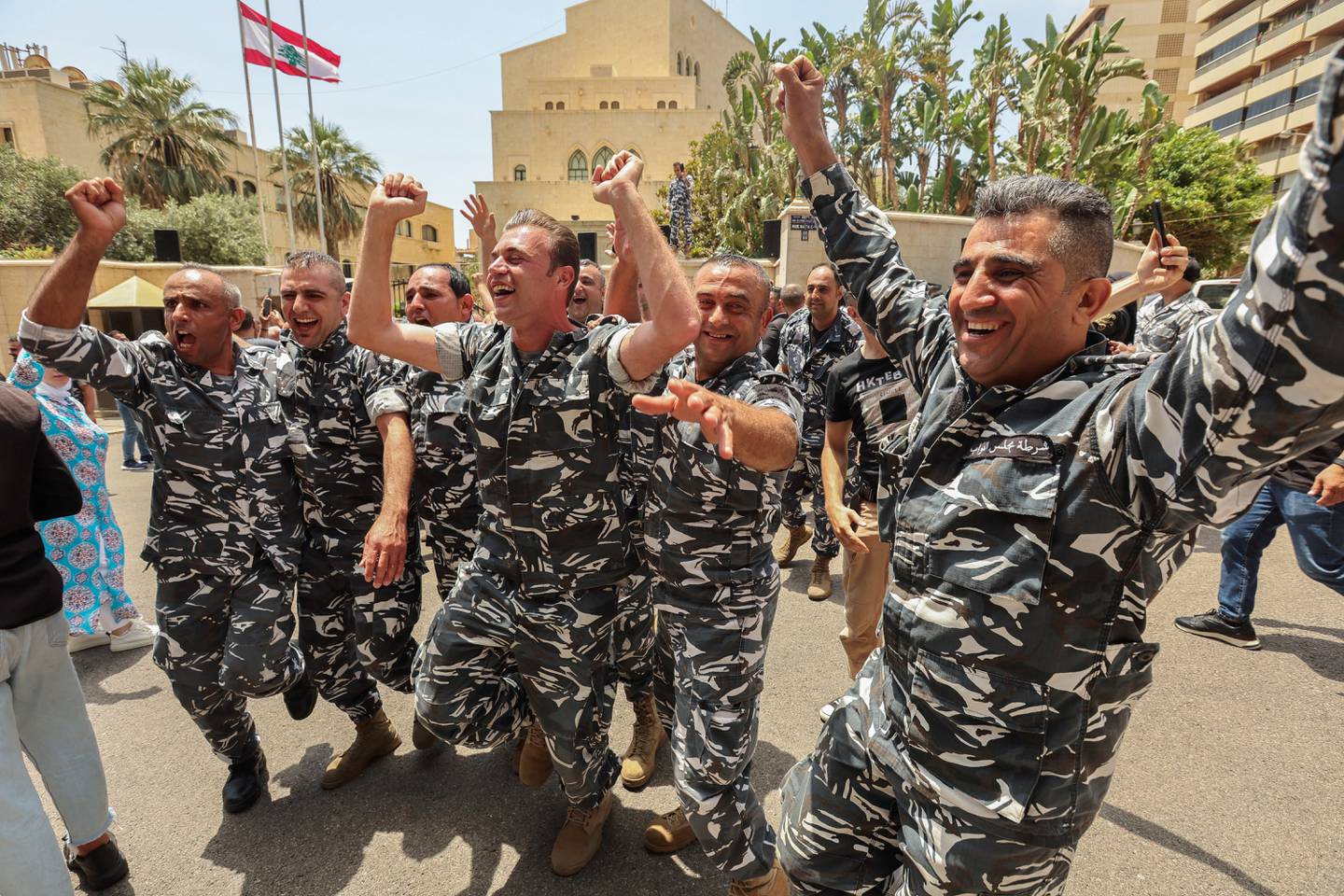