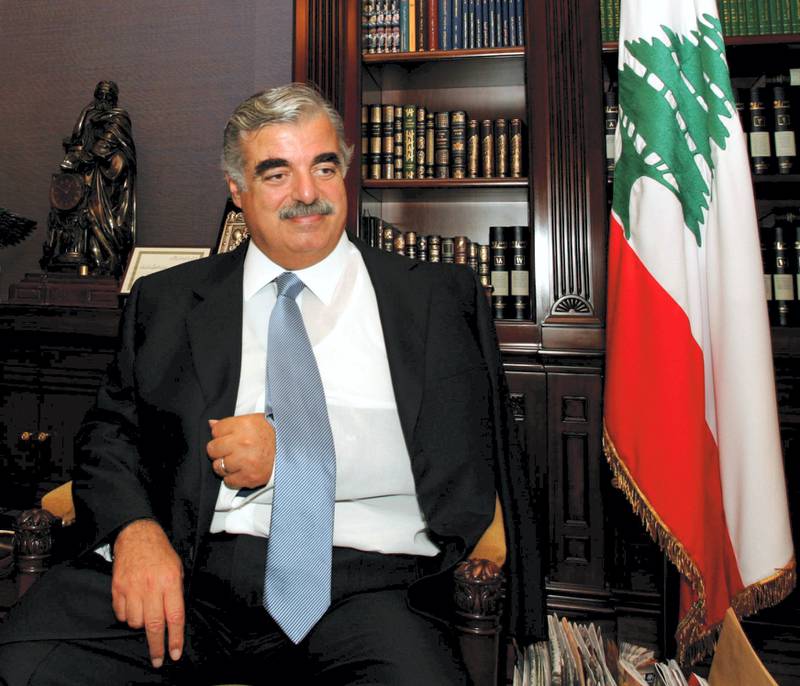 Two Hezbollah members were sentenced to five life sentences each in their absence for the 2005 assassination of former Lebanese prime minister Rafik Hariri.

The UN-backed Special Tribunal for Lebanon carried out the sentencing on Thursday in what could be the cash-strapped body’s final act.

The court, based in the Netherlands, found Habib Merhi and Hussein Oneissi guilty on appeal in March over the bombing that killed Hariri and 21 others and injured 226.

But they are unlikely to ever spend time behind bars because Iran-backed Hezbollah, the Lebanese Shiite militant group and political movement, has refused to hand over the pair or a third man, Salim Ayyash, who was sentenced to life in prison in 2020.

Presiding judge Ivana Hrdlickova said both Merhi and Oneissi were aware that Hariri would be killed in the attack, adding that the sentences reflected the “evil nature of terrorism”.

“The appeals chamber therefore unanimously decides to sentence Mr Merhi and Mr Oneissi to life imprisonment, the heaviest sentence under the statute and the rules for each of the five counts on which they were convicted,” she said.

If they are ever captured and imprisoned, the sentences would be served concurrently.

Rafik Hariri’s son, the three-time Prime Minister Saad Hariri, said “the penalty is the harshest one stipulated by the statute and rules, but it is the clearest in terms of condemning Hezbollah as a side responsible for orchestrating and executing the crime”.

Speaking after the sentence was handed out, Mr Hariri said Hezbollah could not “escape the responsibility of handing over the convicts and implementing the punishment against them. History will not be merciful”.

The tribunal, which is estimated to have cost between $600 million and $1 billion since it opened in 2009, has warned that it will close soon due to a shortage of funds.

Billionaire Hariri, who was from the Sunni community and had stepped down as Lebanon’s prime minister in October 2004, was killed in a February 14, 2005, suicide blast aimed at his armoured convoy on the Beirut seafront.

The attack sparked protests that drove Syrian troops out of Lebanon after a 29-year deployment.

The court was born out of a UN Security Council resolution and eventually tried four suspects — Ayyash, Merhi, Oneissi and Assad Sabra — in absentia.

The case relied almost exclusively on circumstantial evidence in the form of mobile phone records that prosecutors said showed a Hezbollah cell plotting the attack.

The tribunal originally convicted Ayyash and cleared the other three men.

It said there was no direct evidence of Damascus or its ally Hezbollah’s involvement, but that the attack probably involved state actors and that the state with most to gain was Syria.

But in March it found Merhi and Oneissi guilty after an appeal by prosecutors, saying the original trial judges had “erred” by saying there was a lack of evidence. They upheld the acquittal of Sabra.

All three convicted men remain at large as Hezbollah leader Hassan Nasrallah has refused to hand over any of the suspects or to recognise the court.

Dogged by political disputes in Lebanon and controversy over its huge cost and slowness, the court said last July that it would have to close after dealing with all outstanding appeals because it was running out of money.

The closure means a further trial against Ayyash in a separate case involving three attacks aimed at Lebanese politicians in 2004 and 2005 is now unlikely to take place.

The tribunal draws 51 per cent of its budget from donor countries and the rest from Lebanon, which is grappling with its deepest economic crisis since the 1975-1990 civil war.