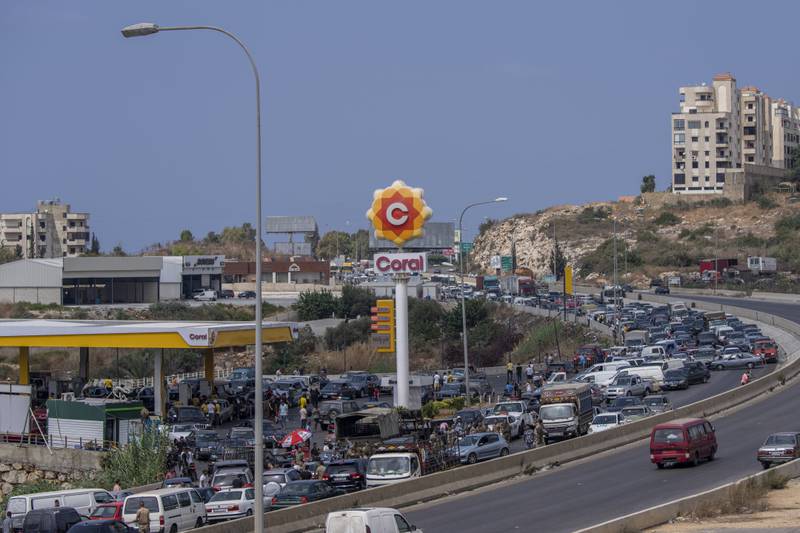 The US government said on Thursday that it had given Lebanon “pre-clearance” to import fuel and gas from Egypt and Jordan via Syria, sidestepping sanctions, but warned a final clearance will be based on the signed contracts.

Lebanon’s plan to import fuel from neighbouring Egypt and Jordan would put all countries in breach of US sanctions against Syria, outlined in the Caesar Act of 2019, which take aim at entities doing business with the regime of Syrian President Bashar Al Assad.

“We have given [Lebanon] some comfort and pre-clearance to, based on the information we had, to move ahead [and waive] the sanctions, but I want to be clear that that will be determined when the contracts are signed,” US Special Envoy for Energy Affairs Amos Hochstein told the Senate Foreign Relations Committee.

Mr Hochstein hinted that agreements with Lebanon could be exempted, provided that the contracts do not benefit the Assad regime.

“My hope is that over the next 10 days [or] two weeks or so, they will see if they can reach an agreement. What makes it so difficult is … to stay out of benefiting Al Assad, this makes it very difficult,” the US official said.

He added that the negotiations between Lebanon, Jordan and Egypt are complete and talks with Syria are “near completion”. The US envoy said Washington is in contact with all parties.

Local media reported Lebanon’s Speaker of the House Nabih Berri as saying that Mr Hochstein will visit Lebanon this Sunday.

The US envoy said finalising the agreement with Egypt, Jordan and Syria is critical to preventing a total energy collapse in Beirut.

“I’m hoping that we can get it there because a total collapse of Lebanon is not in the interest of any of the countries in the region or the United States,” he said.

“That is a unanimous view in the region, that we have to do that. Today, Lebanon only has about four to five hours of electricity per day. So, if we don’t step into that breach, someone else will.”

But voices within Congress have already warned against any agreement that grants sanctions waivers to Lebanon, Egypt and Jordan over fears any agreement could end up benefiting the Assad regime, which the US has repeatedly blasted for human rights abuses perpetrated before and during its ongoing decade-long civil war.

Jonathan Schanzer, senior vice president for research at the Foundation for Defence of Democracies, said US assurances could be interpreted as sanctions evasion.

“This appears to be sanctions evasion, in complete defiance of the measures designed to isolate the Assad regime,” he told The National.

“It will also serve to supplement the Hezbollah-led order in Lebanon.”

The US has listed Hezbollah, which has a strong presence in Lebanese politics, as a terrorist organisation.

Mr Schanzer said this could cause Congress to intervene and demand oversight of the process.