‘We were born in this sea’: the Beirut family who are guardians of Dalieh beach

He points a deeply bronzed hand to Beirut’s famous Raouche Rocks, then gestures broadly to the rocky beach adjacent.

“We’ve been in this area for over 120 years,” he announces proudly. “Since my great grandfather was alive.”

He points to a jungle of concrete waterbreakers next to the beach.

“He had a farm here. He had cows and had even built a freshwater well.”

The small beach — Dalieh, as it is commonly called — is mostly an outcropping of rock upon which fishermen fish, children swim and families picnic.

It is one of the only remaining beachfronts  on Beirut’s sparkling Mediterranean coastline that remain accessible for free use by the public. That makes it a popular locale for Beirut residents from all socio-economic backgrounds, placing the Dalieh beach at odds with its surroundings.

Decades of development have transformed the once-coastal farmlands of the Raouche area into an upmarket commercial and residential area. Polished cafes and luxurious hotels now line the expanse of the area’s corniche.

Some of Abu Omar’s relatives rest in the shade of a wooden shack, taking a brief respite from the day’s work. At another makeshift station nearby, employees sell refreshments to parched tourists.

Others promote boat tours to tourists under the sweltering sun — for $8 a head. In Lebanon’s current economic climate, not many Lebanese take them up on the offer.

“Just Lebanese diaspora visiting for the summer who can afford to,” Abu Omar says. Otherwise it’s mostly a clientele of Arab tourists and foreigners.

On the face of it, it looks like a tourism business. But the presence of the Itani clan in Dalieh goes beyond the monetary.

The Itanis are commonly recognised as one of the original “seven families of Beirut”, from which all Beiruti family branches are said to be descended. Their roots stretch as far back as the 14th century Mamluk period.

According to folklore, the seven families signed an accord with a Mamluk governor in the 1350s to defend the city and its shores from invaders.

In the present day, the Dalieh branch of the Itani family has taken deeply to their role as protectors.

Abu Omar and his relatives guard the coast vigilantly. Having essentially grown up on the rugged beach, they know all its nooks and crevices, every cave. They know the swell of the riptides.

They and their sons — some as young as 6 — can dive deftly from the iconic offshore Raouche rock formations, expertly avoiding underwater rocks by memorising their placement.

Fishermen by trade, the family operates on Dalieh as tour guides, lifeguards and sentinels of the communal beach.

“We know everything that happens here,” Abu Omar says. “We were born in this sea.”

He voices a staunch opposition to the Lebanese state, which he asserts has intentionally neglected the beachfront in recent years to advance a project to privatise  the beach — making it indistinct from the remainder of Beirut’s seafront, lined with restaurants, hotels and resorts.

Stalls and cafes owned by the Itanis once lined the concrete jungle where Abu Omar’s grandfather’s farm once was, catering to communal beachgoers and tourists.

But in summer 2014, those stalls were demolished and the fishermen evicted, replaced by the rows of cement breakwater blocks which now populate the majority of the beach area. A fence was erected which largely obstructs the view of the beach from passers-by.

A civil society campaign has so far managed to thwart the plan by private developers, backed by the state, to fully privatise the remainder of the sands and build a private beach resort.

Abu Omar’s cousin, Mosbah, attributes it to the vocal opposition of civil society activists, and the determination of his family to protect the coast and their livelihoods.

The family of fishermen has instead stepped in, administering to the area to make up for the lack of government services.

Their constant presence in Dalieh gives them a clear view of “Suicide Rock”, a cliff on the shore overlooking the Raouche rocks which has been the site of many deaths, both intentional and accidental.

The Itanis often dive in to save ambitious cliff-divers and clumsy tourists.

Without their intimate knowledge of Dalieh’s waters, Abu Omar says, civil defence teams would never know how to recover the bodies. He himself has saved many lives. He’s also combed the waters for hours at a time in his boat, searching for the bodies of the fallen.

“When the sea is too strong, the state doesn’t allocate guards to warn people away from the ledge,” he explains bitterly. The de facto responsibility — a point of pride for him and his relatives — has also taken a psychological toll, he tells The National.

“If we weren’t here, people would die. We’re responsible for guarding the whole area.” 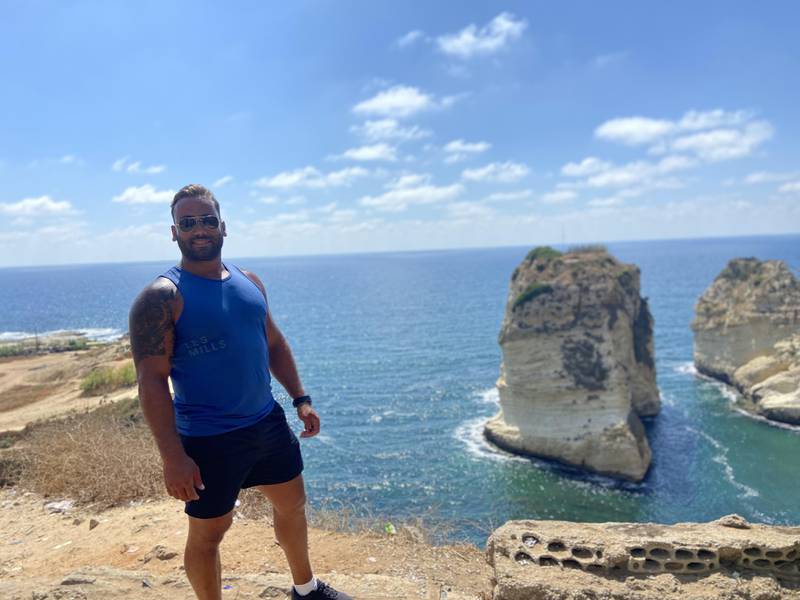 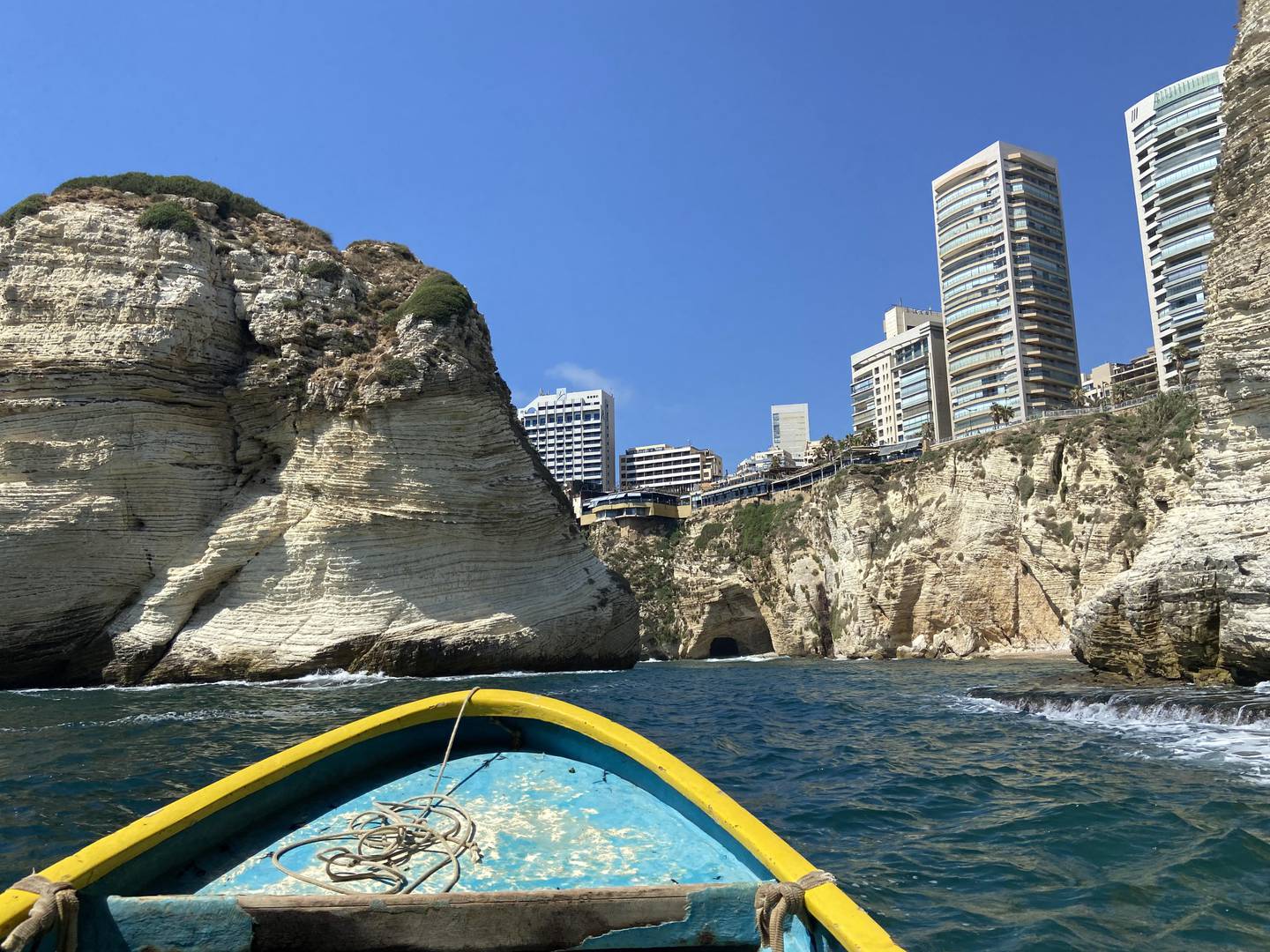 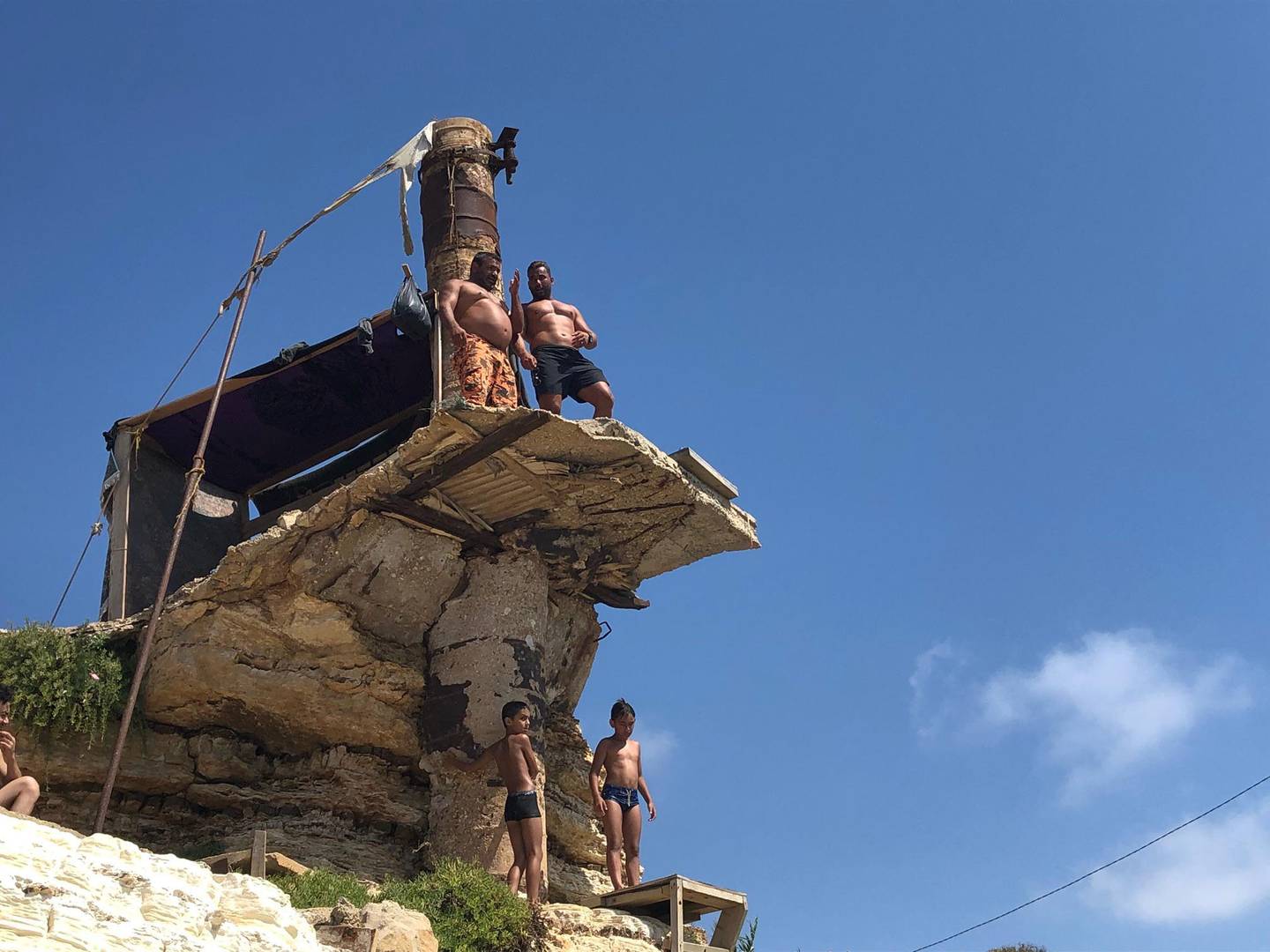