Why are Lebanon and Israel at odds over Mediterranean maritime boundary? 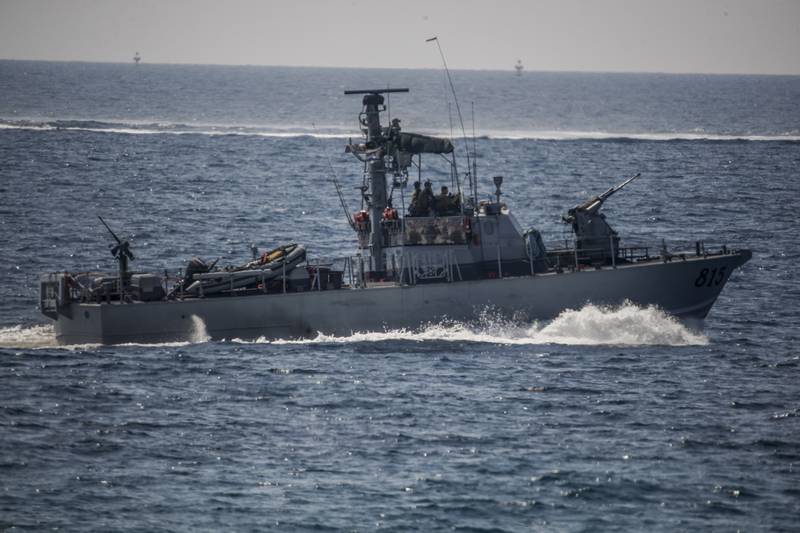 A long-running dispute between Israel and Lebanon over maritime boundaries in the Eastern Mediterranean has reared its head again.

It comes as an Israeli official poured cold water on prospects of a renewed conflict between the two nations.

But what is the history of the disagreement and what has sparked its re-emergence?

Why are Lebanon and Israel in dispute?

The argument is over the Karish offshore gasfield, which was discovered a decade ago. Both Lebanon and Israel claim it as part of their respective exclusive economic zones.

US-mediated talks about the countries’ maritime boundaries began in 2020, but have made little progress.

Lebanon and Israel last fought a war in 2006 and are separated by a UN-patrolled border. The indirect negotiations, which are currently stalled, have been complicated by the fact that the two countries do not have diplomatic relations.

What sparked the latest controversy?

The arrival of a vessel operated by international energy company Energean to produce gas for Israel at the site, which is about 80 kilometres west of Haifa. It is expected to begin operations immediately, with gas likely to begin coming in from September.

On Sunday, Lebanese President Michel Aoun said negotiations were continuing, adding that “any activity in the disputed area” would be a “hostile act”.

Lebanon said some of the Karish field is within the maritime boundaries it has claimed at the US-mediated negotiations. Beirut expanded its territorial claim by about 1,400 square kilometres to “Line 29”.

In 2011, in its official decree to the UN delineating its boundaries, Lebanon’s claim did not include the Karish field. That boundary has been known as “Line 23.” Beirut has yet to formally amend that claim, known as Decree 6433.

Hassan Diab, Lebanon’s caretaker prime minister at the time, approved an amended decree in April last year, but Mr Aoun has yet to sign off on it.

“When the Lebanese state says that the Israelis are assaulting our waters and our oil, then we are ready to do our part in terms of pressure, deterrence and use of appropriate means — including force,” Naim Qassem, Hezbollah’s deputy leader, told Reuters on Monday.

“The issue requires a decisive decision from the Lebanese state,” he said. He said Hezbollah “urged the government to hurry up, to set a deadline for itself”.

Imad Salamey, a political analyst at the Lebanese American University, said a continued failure to resolve the dispute would be “to the advantage of Hezbollah” because it could claim to be the only protector of Lebanon’s sovereignty.

Mr Aoun has agreed to invite US energy official Amos Hochstein, who led the demarcation talks, to Lebanon to continue negotiations.

Mr Aoun’s office said Lebanon informed the UN in February that Karish is part of the disputed area and that the UN Security Council should prevent Israel from drilling there “to avoid steps that could form a threat to international peace and security”.

Where does Israel stand?

Israeli Energy Minister Karin Elharrar insisted on Monday that there had been no encroachment.

She has played down fears of a conflict, referring to a “disconnect” between rhetoric and reality.

But she said: “Israel is making preparations (and) I recommend that no one try to surprise Israel.”

Lebanon is experiencing a devastating economic collapse, with much of the population falling into poverty. Electricity from the state is available for only a few hours a day, with people forced to rely on expensive generators as a back-up.

Ms Elharrar has expressed hope Beirut will return to the negotiating table.

“Ultimately, there are gains to be made from negotiating, and they can get a gasfield of their own,” she said.