A young mobile app entrepreneur whose career dreams were dealt a blow by Lebanon’s economic crisis has transformed his fortunes after securing a UAE Golden Visa.

Jake El Mir, 20, published his first app aged only 12 and was enjoying a remarkable rise to success in the tech industry.

But the collapse of Lebanon’s economy left his future uncertain as his business was often left without electricity and access to the internet as power cuts blighted the country.

He had registered an interest in the UAE’s long-term residency scheme, which aims to attract exceptional talent in various sectors from across the world.

He received a life-changing call in July, inviting him to apply for a 10-year residency visa under the entrepreneurship category.

Mr El Mir has now moved to the Emirates and is relishing the chance not only to boost his business, but help others from Lebanon too. 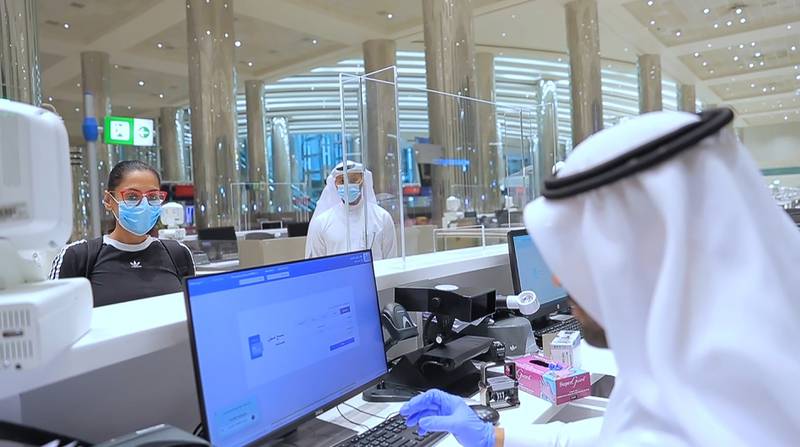 “Just months ago, I was trying to run my business without electricity and couldn’t even attend meetings because of no internet sometimes and now I’m in the UAE with so many opportunities ahead of me,” he told The National.

“That call really changed my life. I can’t wait to get my new company off the ground.

“I didn’t want to move to the US or somewhere too far because my family is in Lebanon. The UAE has always been a second home for us and it’s where my work was always recognised.”

The visa was awarded because of his work in the tech sector, in which he developed a series of popular mobile applications.

Aged 17, he founded his first company Driple, a mobile gaming studio for celebrities and influencers. The company created interactive games for social media stars such as Just Sul, Payton and Emma Cartiz.

The first game under the studio topped charts in 73 countries, with a follow-up being downloaded more than 200,000 times.

Giving opportunity to others

“It feels great that the UAE has always recognised my work. It’s not something I was able to get in my own home country,” said Mr El Mir.

“But I still want to do something for Lebanon. I’m hiring some remote workers from my home country to give them opportunities.”

Lebanon’s economy collapsed in 2020 after the government defaulted on about $31 billion of Eurobonds, sinking its currency more than 90 per cent against the dollar on the black market.

The country of 6.8 million people faced inflation of up to 155 per cent in 2021, with 80 per cent of the population living below the poverty line.

“Things were really unstable. There was a shooting for a day in another city and one of my investors, who gave me a budget of $1 million to build a mobile app, pulled out because he thought his investments were unsafe,” he said.

“Another problem I faced was when I was shortlisted for a $100,000 grant by PayPal but I couldn’t do the interview because the internet kept going out.

“This is why I’m so glad that countries like the UAE are giving opportunities to young entrepreneurs like myself.”

The UAE launched its Golden Visa scheme in 2018 to attract skilled workers.

The programme has since been expanded to include a range of people, including high-achieving pupils, skilled professionals, doctors and nurses and those in the creative fields.

The 10-year-residency programme allows recipients to sponsor their spouse, parents and children.

Mr El Mir moved to Dubai about a month ago and has founded a new tech holding group called 22group.co, which already has 15 employees.

It includes Driple and two other companies that Mr El Mir is working on developing.

“The aim for 22 Group is to create digital experiences that advance the world for a brighter future. We have raised funding from UAE investors and will share more about the projects soon,” said Mr El Mir.