Cleveland is being outoaced by other major cities in Ohio in processing tax refunds, with Columbus, Cincinnati and even Akron sending back money to thousands more people.

While Cleveland has paid out 1,260 of about 5,000 individual tax refund requests so far, both Cincinnati and Columbus said late last week they each had sent money back to more than 6,000 taxpayers who requested it. And Akron is almost finished with the 3,500 requests it received.

The issue of tax refunds is getting more attention this year because the COVID-19 pandemic led to working from home instead of often commuting to big cities, and short-term rules limited refunds in 2020 have expired. If cities withheld money from remote employees working elsewhere, they must give it back if requested.

Cleveland, according to data provided Monday, is about 25% through its individual tax refund requests, paying out $1.7 million to date.

The rest are in some stage of the process.

Income Tax Administrator Kevin Preslan said there are several phases a refund request could be in, whether they’re being sorted and batched, under review, awaiting more documents from the taxpayer or need management to review and sign-off.

Cincinnati paid out 6,400 individual refunds as of last week, sending just under $11 million back to individual taxpayers, spokesperson Kait Bell said. She said about 800 refunds are awaiting to be issued. This means nearly 90% have been processed.

Columbus is more than halfway done, approving 6,073 of the 11,492 requests it received for individual tax refunds. Spokesperson Amber Epling said 3,745 requests are still open, and 1,674 have been denied.

Columbus as of last week had sent $14 million back to individual taxpayers.

Akron, Ohio’s fifth biggest city, is mostly done with its refund requests. Akron’s tax department said last week 3,204 refunds had been paid, out of 3,537 requests for tax year 2021. The city said 206 requests were awaiting approval, 127 awaiting for additional information and 26 were denied.

Akron has sent $7 million back to individual taxpayers, about 4.7% of all the municipal taxes it collected from individuals.

The reason for the refunds, and the oddest tax year in memory, is that many people changed where they worked during the COVID-19 pandemic either temporarily or permanently.

Preslan said it would be hard to compare Cleveland’s progress to other cities, because each has different processes and priorities. He said Cleveland’s process is trying to ensure requests are dealt with promptly and accurately.

“This is the first year that municipalities have had to deal with the new reality of increased work-from-home requests,” Preslan said. “We are continuously evaluating our processes for potential improvements both in the short and long term.”

Refund requests for over $1,000 get more scrutiny from the tax officials, Preslan said. He said the additional review adds time to the process, but that larger requests aren’t “all or even most of the requests that are still pending.”

There’s a surplus of requests because of employees that lived outside of the city and worked from home instead of commuting.

Cleveland estimates that about 3,000 of the 5,000 requests were related to people working from home in 2021 instead of their traditional place of work in Cleveland.

Columbus didn’t provide an estimate of work-from-home requests, but it did receive 11,492 requests, a big jump from the 8,579 it received for tax year 2019 ahead of the pandemic.

Akron estimates that 83% of individual refunds were for people working from home.

It’s unclear how many people worked from home in 2021 or continue to work from home instead of commuting.

In the recent Where Are the Workers survey, which polled working age adults in 11 counties around Cleveland, 14.9% of workers said they worked fully from home and 11.9% said they work mostly from home. But 41% of these same people said worked at home prior to the pandemic.

The U.S. Bureau of Labor Statistics estimated that in December, 11.1% of people teleworked due to the pandemic, down from 23.2% in January 2021. 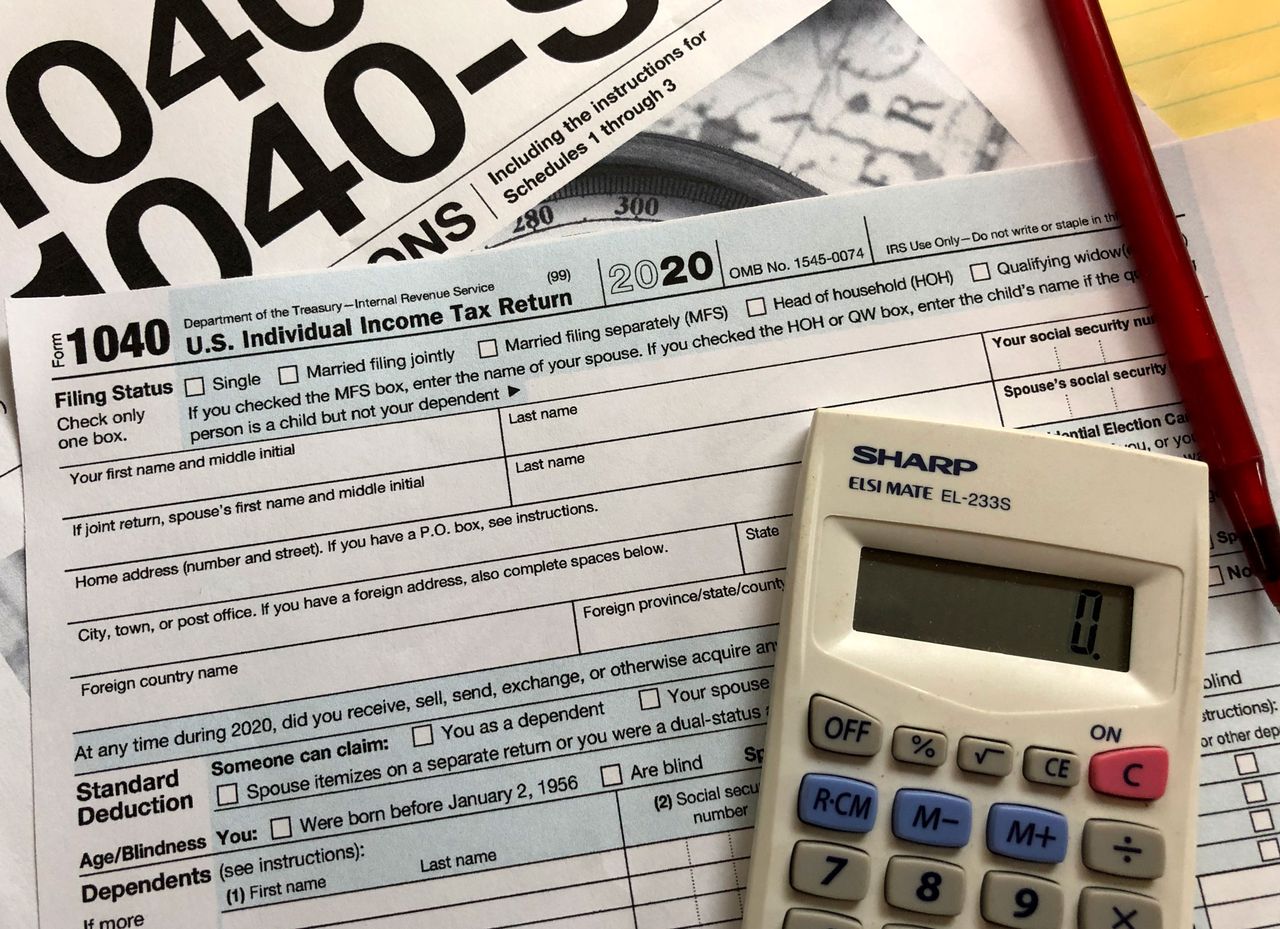