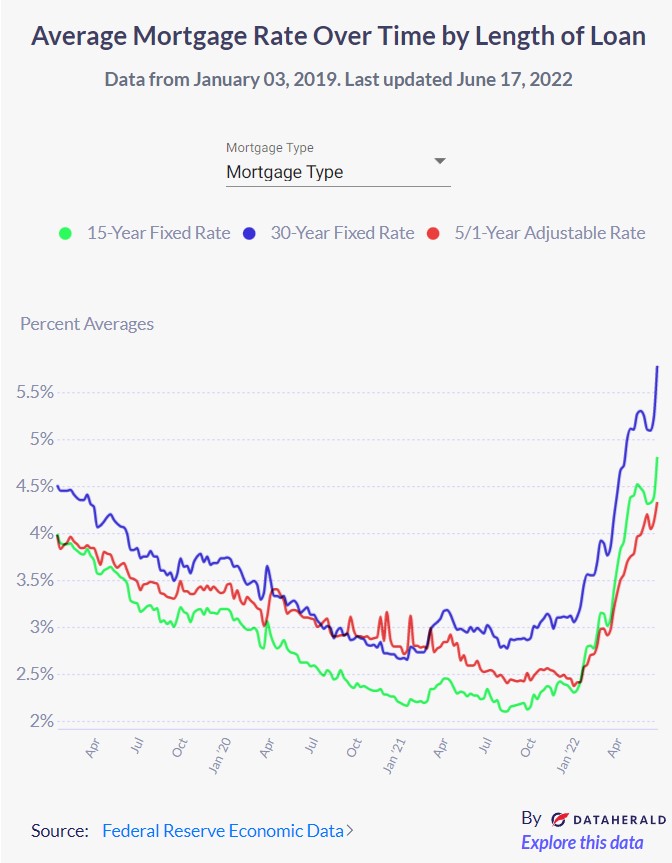 Mortgage rates continue to climb as the year goes on and are now more than two percentage points higher than they were in January.

Meanwhile, existing home sales were down 3.4% in may, according to the National Association of Realtors. Sales numbers are at their lowest point since June 2020. The median home price is still rising, exceeding $400,000 for the first time in May 2022.

“Home sales have essentially returned to the levels seen in 2019 – prior to the pandemic – after two years of gangbuster performance,” said NAR Chief Economist Lawrence Yun.

Sam Khater, Freddie Mac’s Chief Economist, said higher rates are scaring some but not all homebuyers away.

“The combination of rising rates and high home prices is the likely driver of recent declines in existing home sales,” Khater said. “However, in reality many potential homebuyers are still interested in purchasing a home, keeping the market competitive but leveling off the last two years of red-hot activity.”

With a 30-year fixed rate mortgage on a $150,000 loan, a homebuyer would pay $881 a month on Thursday’s average rates. In January, the payment would have been $650 a month. This figures don’t include private-mortgage insurance, home insurance or property taxes — just the principal and interest.

Still, the housing market is not expected to decline, said Yun.