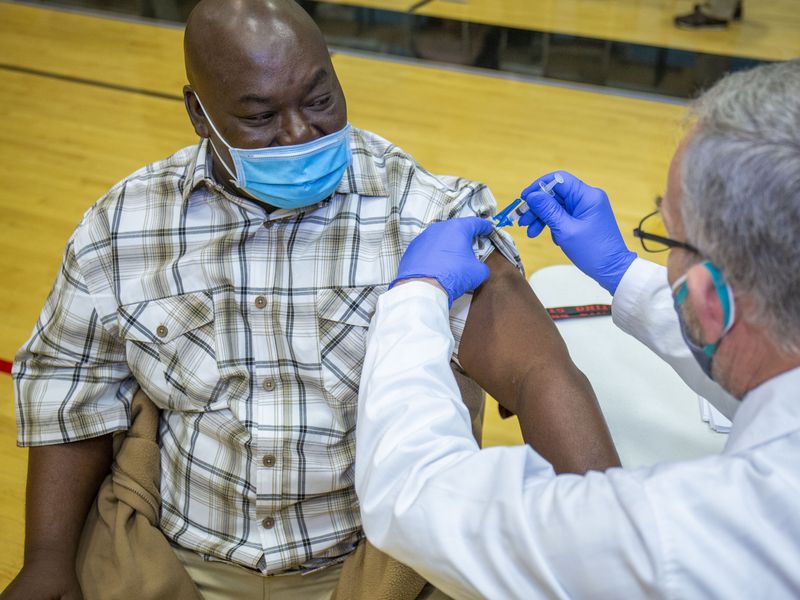 Cleveland.com is rounding up some of the most notable coronavirus news making headlines online. Here’s what you need to know for Friday, March 25.

Americans without health insurance will no longer receive free COVID-19 tests and treatments because of the budget impasse in Congress, the Biden administration said recently.

The program, which reimburses hospitals, clinics, doctors and other service providers for COVID care for uninsured people, is a victim of the budget battle over Biden’s request for an additional $22.5 billion for an ongoing COVID-19 response, the administration said.

The lack of funding means the government will not have enough money to provide vaccines or boosters targeting specific variants to all Americans, and the supply of monoclonal antibody treatments will be gone by late May, the administration said.

Moderna has asked the Food and Drug Administration to authorize a second COVID-19 booster shot for Americans 18 and up, the pharmaceutical company recently announced.

Moderna is seeking an amendment of the FDA’s emergency use authorization to allow a fourth vaccine dose for any adults who’ve gotten one booster of any authorized or approved COVID-19 vaccine, news reports said.

In other Moderna news, new trial results suggest that its two-dose pediatric COVID-19 vaccine was safe in young children, toddlers and babies, the company announced this week.

But the effectiveness of the shot in children 6 months to 5 years old was limited.

In a trial of the vaccine, the shot generated immune defenses equivalent to those that protected young adults before the omicron variant emerged, Moderna said in a news release.

Against the omicron variant, the immune defenses gained by two doses in adults were less robust, particularly in preventing infections. The same pattern was seen in children, with vaccine efficacy of about 40% against omicron, Moderna said.

More than half of surveyed local public health departments – 57% — had faced harassment during the COVID-19 pandemic, according to a new study led by the Johns Hopkins Bloomberg School of Public Health.

Researchers found that 222 state and local health officials left their positions during the first 11 months of the pandemic, and 36% of the departures involved officials who had experienced harassment, researchers said.

The study, recently published in the American Journal of Public Health, looked at local U.S. health departments from March 2020 to January 2021.

Researchers looked at a survey of local public health departments conducted October 2020 to February 2021 by the National Association of County and City Health Officials.

Former Ohio Department of Health director Amy Acton resigned June 2020 after coming under criticism from opponents of the state’s COVID-19 orders who said she overreached her authority in ordering closures. A small group of protestors gathered outside her home while she was in office.

During the peak of the omicron spike this winter, Black adults were hospitalized at rates higher than at any time during the pandemic, according to a recent report from the U.S. Centers for Disease Control and Prevention.

Blacks were four times as likely to be hospitalized compared with White adults during the height of the omicron surge, which started in mid-December and continued through January, the report said.

In January, hospitalization rates for Black patients reached the highest level for any racial or ethnic group since the pandemic’s start, the CDC said.

As the highly transmissible omicron variant became dominant, unvaccinated people were 12 times more likely to be hospitalized than those who were vaccinated and boosted against COVID-19, according to the report.

Fewer Black adults had been immunized compared with White adults, said the report.