President Joe Biden said Wednesday during a Cleveland stop touting a Democratic-backed fix to multiemployer pension funds that social security, Medicare and Medicaid could be in jeopardy if Republicans take back control of Congress and the White House.

During an afternoon appearance at Max S. Hayes High School on the West Side, Biden trumpeted provisions to the American Rescue Plan to keep at-risk pensions solvent through at least 2051 while also using the official White House visit to knock GOP lawmakers for refusing to support the legislation. He also warned that Republicans could target cuts to other benefits programs should they experience massive gains in upcoming elections.

Speaking to a group of hundreds of union workers and supporters, Biden announced the finalization of a rule providing nearly $90 billion for the Pension Benefit Guarantee Corporation which would help shore up multiemployer pensions for union retirees. Biden, along with several others who joined him on stage, called it one of the biggest victories for union workers in the past 50 years.

The pension fix, which was originally introduced as the Butch Lewis Act before being included in Biden and the Democrats’ economic stimulus plan, will help stave off any cuts to the pension plans that could have come about as the PBGC, which insures pension plans, was barreling toward insolvency in 2026.

Now, millions of workers, including an estimated 100,000 Ohioans, will have their pension benefits guaranteed as well as any lost benefits retroactively returned.

The pension plans increasingly stumbled toward trouble during economic downturns when investments tanked coupled with more retirees drawing benefits as companies hired fewer workers. The coronavirus pandemic worsened the situation as some companies that were losing money stopped contributing to retirement plans.

Biden said it was only fair to guarantee the benefits for workers, many of whom gave up salary increases during collective bargaining for future benefits.

“The reality is for so many people is the goalposts keep moving,” Biden said.

Biden also criticized Republicans in Washington for voting against the plan. Members of the party called the pensions “ratholes” as it moved through Congress, he said.

Biden was joined on stage by Sen. Sherrod Brown, a longtime champion of the Butch Lewis Act, as well as Reps. Shontel Brown of Warrensville Heights and Marcy Kaptur of Toledo. Secretary of Labor Marty Walsh and Rep. Richard Neal, a Massachusetts Democrat who chairs the powerful House Ways and Means Committee, also accompanied the president.

Brown, too, chastised Republicans for not supporting the fix to pensions while prioritizing tax cuts for corporations. He credited grassroots efforts by union workers and retirees for pressuring Democrats in Washington to pass a pension fix.

“This is for you,” Brown said to the crowd. “This is our commitment to you: With this president in the United States of America, we keep our promises to working class families.”

Aside from announcing the new rule, the president, who has faced lagging approval numbers as the midterm elections draw closer, used much of his speech to outright attack GOP politicians for what he described as a failure to protect workers and the middle class.

He also painted his first 18 months in office as a success, especially given where the country was during the final year of Republican President Donald Trump’s one term as the coronavirus pandemic wreaked havoc on the country.

“Families and cars backed up for miles waiting for a box of food to be put in their trunk because they didn’t have enough to eat. The previous administration lost more jobs on his watch than any administration since Herbert Hoover. That’s a fact. All based on failed trickle-down economics.”

Biden has been on the defensive regarding the economy as high gas prices and inflation have defined much of 2022. Republicans have been quick to note those subjects, rarely straying from that message during their public statements.

That included Republican Senate nominee J.D. Vance and Republican Congressional nominees Max Miller and Eric Brewer, who held a preemptive press call Wednesday morning to criticize Biden’s policy maneuvers. Both Vance and Miller pointed to high gas prices as well as broader energy policy as topics Biden should be discussing instead of his planned remarks on fixes to pensions.

“I think it’s absurd that Joe Biden is coming to Cleveland with anything other than an apology because the agenda has been nothing but a failure,” Vance said.

But Biden also blamed Republicans for holding up investments into Ohio as part of the Intel deal. Both Biden and Republican Gov. Mike DeWine have promoted the deal to build a massive microchip plant in central Ohio as progress on the economic front. The project is expected to bring more than 7,000 jobs to the state.

Biden said Republicans were holding up another $100 million in federal investments in Ohio. The stalled funding, which is part of the CHIPS Act, has publicly frustrated Intel, who canceled a ceremonial groundbreaking scheduled for July as a message to lawmakers.

Biden’s Ohio visit is his latest since May when he appeared in Cincinnati at a town hall to boost additive manufacturing. In February, he came to Lorain County to promote money for Great Lakes cleanup included in the bipartisan infrastructure bill.

But it is questionable whether it will boost the prospects of Democrats come November. Ohio is no longer the swing state it once was, with Trump winning in both 2016 and 2020 by 8 percentage points. Polling consistently shows Biden with a low approval rating in the Buckeye State.

Some candidates may have taken notice. Noticeably absent, once again, was Rep. Tim Ryan, a Youngstown-area Democrat who is challenging Vance for retiring GOP Sen. Rob Portman’s seat.

Ryan has consistently avoided publicly interacting with Biden in state, frequently citing prior scheduling conflicts as to why he has not made appearances.

Nevertheless, Biden thanked Ryan on Wednesday during his remarks, describing him as the “future senator.” 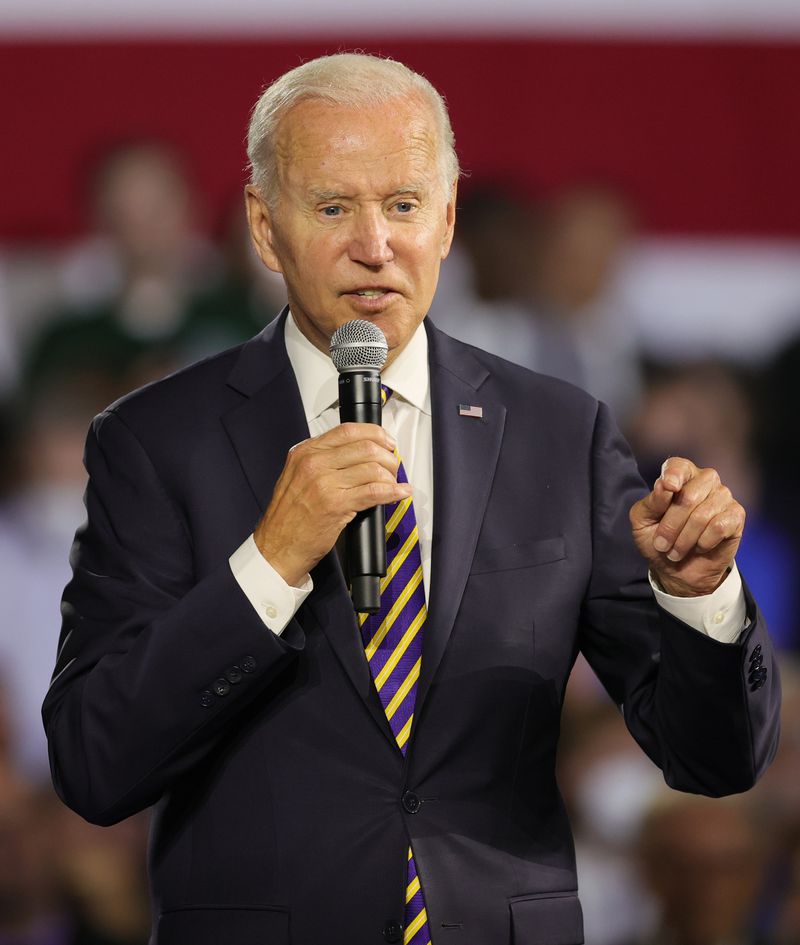 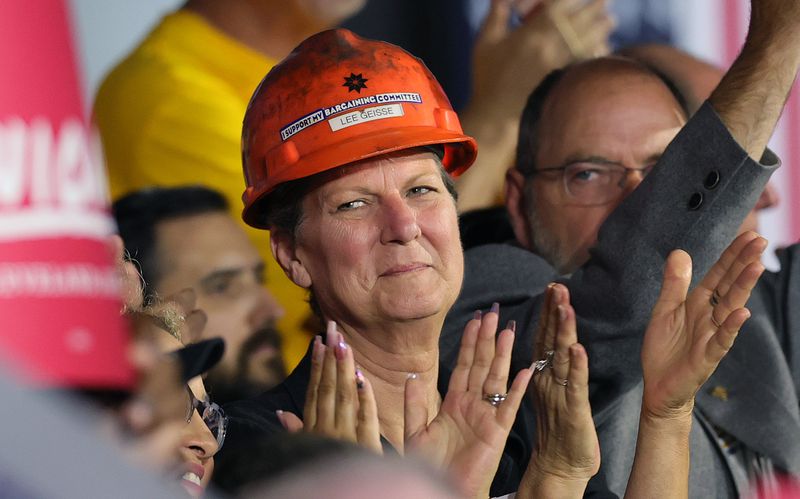 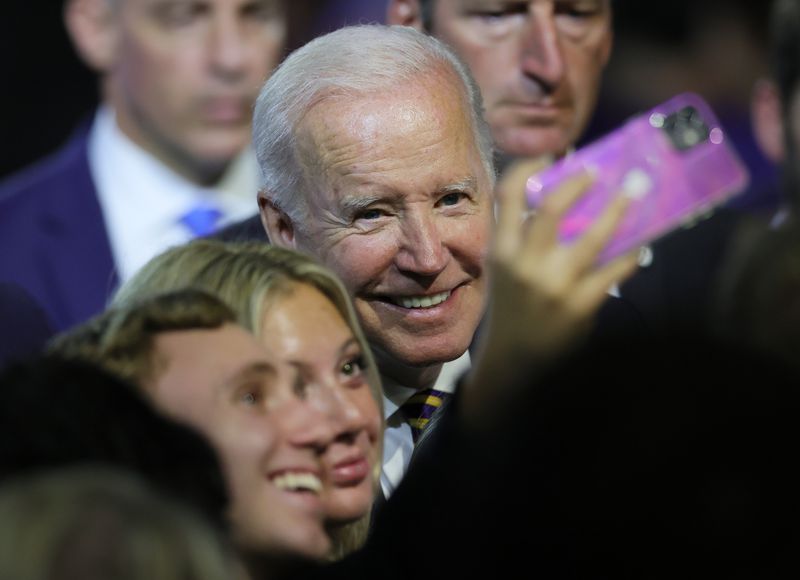 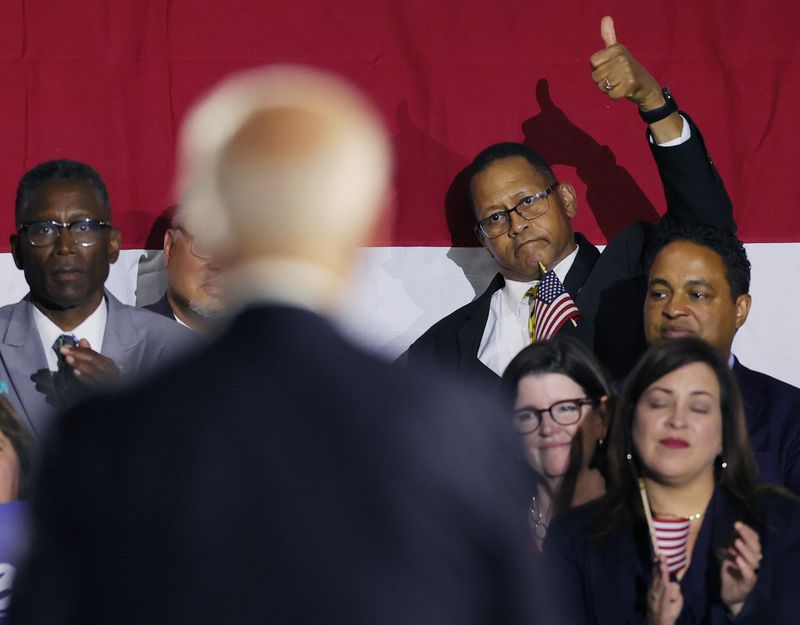 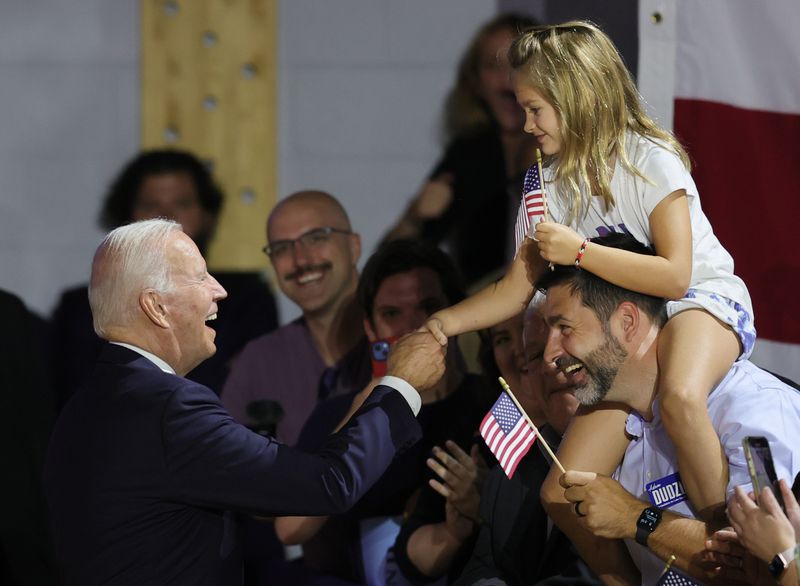 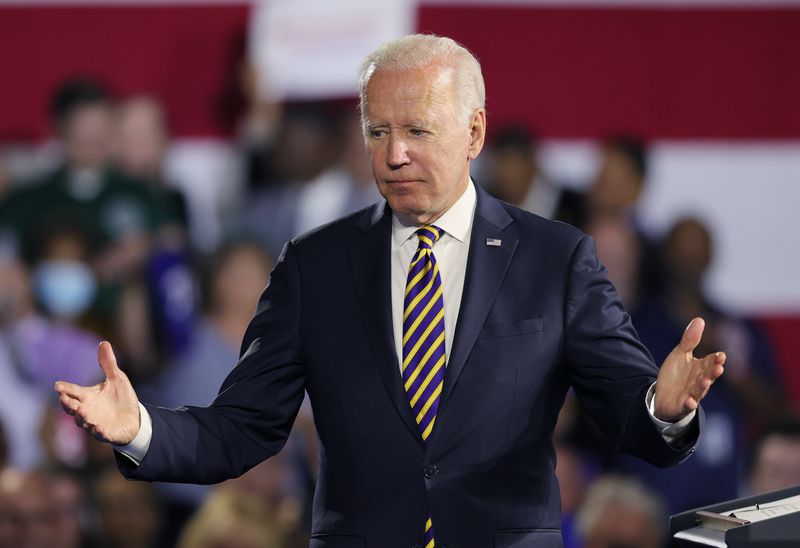