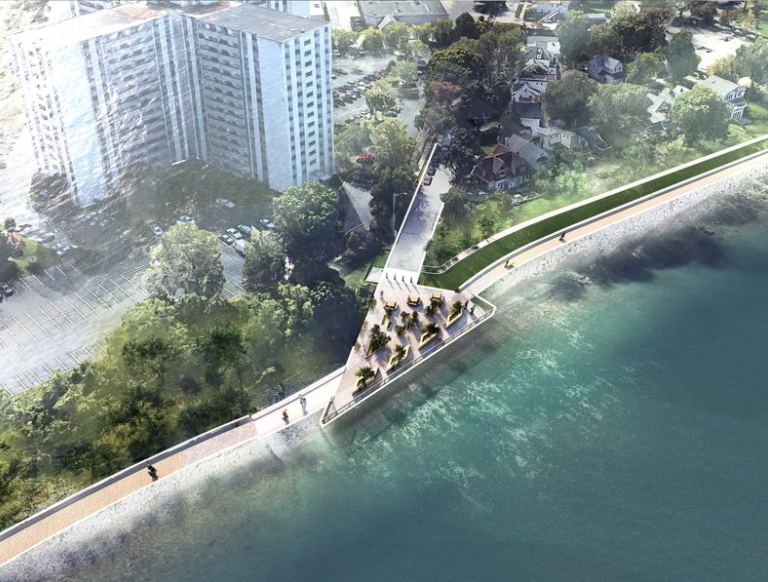 CLEVELAND, Ohio — Cleveland and Cuyahoga County have been stalled for decades when it comes to opening up new public access to the region’s largely off-limits Lake Erie shoreline.

Now, however, coordinated efforts among local, state, and federal agencies are raising the possibility that new trails and amenities could be delivered along five miles of lakefront or major roads close to it starting within several years.

In the world of city planning, where complex projects can take much longer, that’s fast.

All are aimed at increasing public access to the water, controlling erosion, and improving connections to inland communities and neighborhoods.

The pace is picking up, planners said, because public agencies are working together more effectively, rather than advancing conflicting or go-it-alone agendas, as was the case in previous decades when big visions languished or went bust.

“This is how government should work, collaboratively,” said Linda Sternheimer, director of urban planning and development for the Cleveland-Cuyahoga County Port Authority, one of the agencies partnering on lakefront efforts.

Four of the five projects making headway are part of the county’s new effort to increase access to its 30 miles of Lake Erie shoreline.

They rose to the top of a list developed since 2019 when County Executive Armond Budish, inspired by an innovative lakefront trail project in Euclid, announced the county’s intention to build a continuous lakefront trail from Bay Village to Euclid.

The county has 13 lakefront parks, but 78% of the Lake Erie shoreline within it, or 23.4 miles, are rendered inaccessible by private property, rail lines, highways, and Burke Lakefront Airport, according to the county’s new Lakefront Public Access plan, unveiled earlier this month.

Prepared by consultants from the Madison, Wisconsin, office of SmithGroup with extensive public participation, the plan shows that it’s not possible to extend a new trail along the water’s edge for the full 30 miles of shoreline within the county.

Instead, the plan advocates adding new waterfront trails where possible, while enhancing north-south connections to upland areas, and connecting those access points as close to the water as possible along existing east-west routes.

The four new projects selected as the county’s immediate priorities would add 5 miles of trails, amenities, and lakefront access points at an estimated cost of $51.2 million to $62.2 million.

* Enhancing 1.2 miles of Clifton Boulevard in Lakewood and Lake Road in Rocky River with a shared-use trail and scenic overlooks overlooking the mouth of the Rocky River. Vehicular lanes on the Clifton Boulevard Bridge would be reduced from four to two to make space for the new trail on the bridge. The projected cost is $9 million to $10 million, with construction scheduled for 2023-24.

* Shoring up the crumbling shale cliffs north of Lakewood’s Gold Coast apartment towers, adding seven-tenths of a mile of stone and steel erosion control structures, topped with a trail. Early estimates range from $25 million and $35 million. The construction schedule is yet to be determined.