An Akron man was sentenced to life in prison Tuesday after he was convicted of attacking and raping a woman in her home in 2020.

Antwane Foster, 35, will not be eligible for parole until he’s served at least 30 years, according to Summit County Prosecutor Sherri Bevan Walsh. Foster also was designated a Tier III sex offender; if he is released from prison, he will have to register with the local sheriff every 90 days for the rest of his life.

Prosecutors say Foster broke into a woman’s home in July 2020, where he strangled and sexually assaulted her. Foster did not know the victim.

Foster was sentenced by Summit County Judge Christine Croce after jury in June found Foster guilty of rape, aggravated burglary, two counts of kidnapping, and gross sexual imposition. He has eight prior convictions for public indecency.

“Antwane Foster is a violent, sexual predator and is a danger to the community. He deserves to spend the rest of his life in prison,” Walsh said in a statement. “I hope today is part of the ongoing healing process for the survivor. Her inner-strength is an inspiration.” 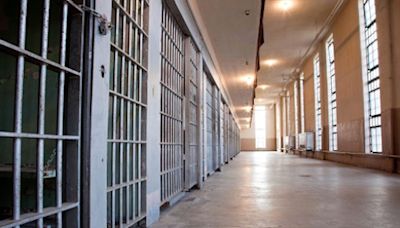