Chuck Schumer reportedly says Democrats have a 60% chance of keeping the Senate House Speaker Nancy Pelosi is “in trouble” and Democrats are likely to lose the House, Senate Majority Leader Chuck Schumer declared during a private dinner with fellow Democratic senators, according to reports.

Schumer, D-N.Y., and six other Democratic senators were spotted dining at Trattoria Alberto, a swanky Italian restaurant in Washington, on Monday evening, and the group was talking loud enough to be heard by other patrons, according to Punchbowl News. Schumer reportedly expressed confidence that Democrats would keep the Senate come November but said Republicans had a 60% chance of taking the House.

The other Democratic senators at the gathering included Chris Coons of Delaware, Mark Kelly of Arizona, Chris Van Hollen of Maryland, Tom Carper of Delaware, John Hickenlooper of Colorado, and Dick Durbin of Illinois. Schumer also weighed in on a series of other topics, arguing
that House Minority Leader Kevin McCarthy, R-Calif., “sucked up” to former President Donald Trump. He also stated his belief that Trump will run for president again in 2024. Schumer’s office did not immediately respond to a request for comment from Fox News Digital.

The dinner came one day before revelations that Schumer was putting $15 million of his own campaign funds toward Senate races for fellow Democrats across the country.
Schumer’s campaign will donate $5 million to the Democratic Senatorial Campaign Committee, which is the Senate Democrats’ reelection arm. Another $10 million will go directly to campaigns. The move by Schumer, which comes with just eight weeks to go until the autumn elections, follows the ramping up of a massive spending spree by the Senate Leadership Fund, the top outside group supporting GOP incumbents and candidates. 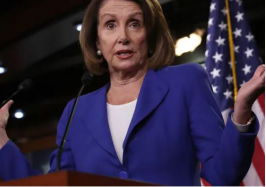