The police department has fired an officer after she was recorded in April by her body camera and a dash camera in her patrol car using a racial slur, reports say.

WLWT Channel 5 reports  the Cincinnati City Manager’s Office announced Monday it had accepted the recommendation of the police department’s interim police chief to fire officer Rose Valentino. She had been with the department for 14 years, WCPO Channel  reports.

“Officer Valentino’s agitated demeanor and the statement she made while on duty is not only inexcusable and incredibly hurtful, but it damages the public’s trust we have worked so hard to build over the past 20 years,” interim Chief Teresa Theetge said in a statement,Fox 19 reports .

“Officer Valentino’s clear loss of her emotions and ready use of the racial slur tarnished her ability to work with any community member or member of the Cincinnati Police Department hurt by her hateful words,” Theetge said. “This significantly reduces, if not eliminates, Officer Valentino’s ability to be a productive member of the police department. I want to be clear; this type of hateful speech will not be tolerated by anyone who works for the Cincinnati Police Department, sworn or civilian.”

The incident reportedly occurred on April 5 as Valentino was trying to return to a police station. According to WLWT, several cars were lined up while waiting to pick up students from Western Hills University High School and were blocking the driveway into the station.

Valentino reportedly turned on the lights and siren on her patrol car in an attempt to get the cars to move. She also rolled down the window of her vehicle and told drivers to move, resulting in a male student making an obscene gesture toward her, reports say.

Valentino reportedly became upset and began cursing and using racial slurs. According to WCPO, an internal report says Valentino admitted to getting angry and frustrated.

WCPO reports Dan Hils, president of the Fraternal Order of Police, said the union will represent Valentino if she chooses to appeal her firing.

“No Cincinnati police officer should use the N-word or any other racial slur and anyone who does is wrong,” Hils said in a statement. “The Fraternal Order of Police represents Cincinnati Police Officers throughout the disciplinary process as outlined in our collective bargaining agreement.” 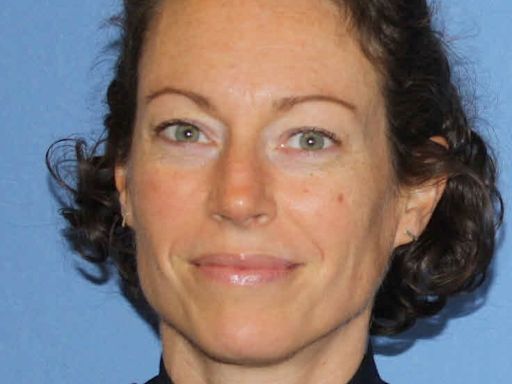