Ohio municipalities by a conservative estimate will need to increase spending by $1.8 billion to $5.9 billion a year by 2050 to address worsening effects of climate change, according to a just-released report sponsored by Power A Clean Future Ohio and the Ohio Environmental Council.

The increased costs reflect the need to mitigate a host of challenges on the horizon, from crumbling roads to hotter school rooms to the need for enhanced water treatment, according to the report, “The Bill is Coming Due: Calculating the Financial Cost of Climate Change to Ohio’s Local Governments,” which was prepared for the sponsors by Scioto Analysis of Columbus.

“The impacts of climate change are underway and local governments will have to find a way to finance the local impacts of this global problem,” the report concludes. “As we see increases in extreme weather events and other consequences from the climate crisis unfold in real time, municipal governments will face new costs managing local recovery and adaptation efforts.”

The report estimates future spending in 10 impact areas with the biggest chunk of costs to cities and towns involving the protection of drinking water drawn from Lake Erie.

It estimates that local governments will need to shell out anywhere from $580 million to $2.2 billion to mitigate the effects of harmful algal blooms that will be enhanced by warmer water temperatures and heavy rains attributed to climate change.

It is estimated that Cleveland alone will have to spend an additional $19 million to $71 million above its baseline cost of $26 million to battle the toxic blooms, which so far have been largely confined to the Western Basin of Lake Erie and blamed primarily on rain-related runoff from farms in the Maumee River watershed that send algae-inducing nutrients into the lake.

The next largest cost category involves elevating roads to get them out of harm’s way. Annual spending estimates there range from $860 million to $1.7 billion.

“Climate change-driven flooding can lead to traffic disruptions, construction activity delay, and weakening and washing out of soil and culverts that support roads, tunnels, and bridges,” the report states. “Volatility of flood levels may prompt local governments to raise the height of roads and bridges to exceed the base flood elevation in order to ensure public safety in the face of these new climate-driven flooding challenges.

Repairing roads damaged by weather, including extreme heat, increased flooding, and more frequent freeze-thaw cycles are expected to add an additional $170 million to $1 billion in maintenance costs across Ohio.

Pavement costs across the United States rose by an estimated $14 billion between 2010 and 2017 as a result of increased temperatures, according to a study cited in the report, and will go up another $19 billion by 2040, with local governments baring a disproportionate amount of the cost.

Another high-cost item pegged at $52 million to $590 million will be the provision of cooling centers, where people can go to escape dangerous heat. These centers could be located in public buildings, such as schools, government buildings and community centers, as well as private businesses.

“As temperatures in Ohio continue to rise as a result of climate change, Ohio cities will incur additional costs to support and expand new and existing cooling center capacity during times of extreme heat,” the report states. “Such costs could include staff capacity, supplies such as bottled water, utilities, and implementation of systems for tracking high-risk individuals.”

The report also estimates the costs of recovery from storms and drought, estimated at $35 million to $78 million, with drought alone expected to affect municipal coffers at an estimated $21 million to $44 million.

A number of others impacts of climate change not included in the cost estimate are highlighted in the report including public health concerns, such as increasing incidents of heat stroke and asthma and the spread of disease by ticks, mosquitoes and other insects that like warm weather.

Also cited is the need to shore up infrastructure, floodproof operations such as sewage and water treatment plants, and protect other critical departments such as police and fire.

“The impacts of climate change are underway and local governments will have to find a way to finance the local impacts of this global problem,” the report states. “As we see increase in extreme weather events and other consequences from the climate crisis unfold in real time, municipal governments will face new costs managing local recovery and adaptation efforts.”

The costs outlined in the report are conservate and likely to occur even if the Paris Agreement’s carbon-emission reductions are met, according to the report. So, who should pay for them?

To prevent the full cost of climate change from hitting taxpayers, either through higher local taxes or relying on federal handouts, the reports suggests “holding accountable the corporations most responsible for causing and exacerbating climate change, and ensuring they pay their fair share of the costs of adaptation and resilience, just as many Ohio communities have held opioid manufacturers accountable for the costs of the opioid crisis.”

A 2017 study cited in the report states that 70% of industrial greenhouse gases emitted since 1988 can be blamed on 100 oil and gas companies, many of which ignored early research warning about the use of fossil fuels.

“Taxpayers are not responsible for the climate crisis that Ohio municipalities are currently facing,” the report concludes. “Instead of relying on taxpayers to bear these costs, local governments have the option to ensure that the corporate actors most responsible for causing and exacerbating climate change should be responsible for their fair share of the financial costs of adaptation and resilience.” 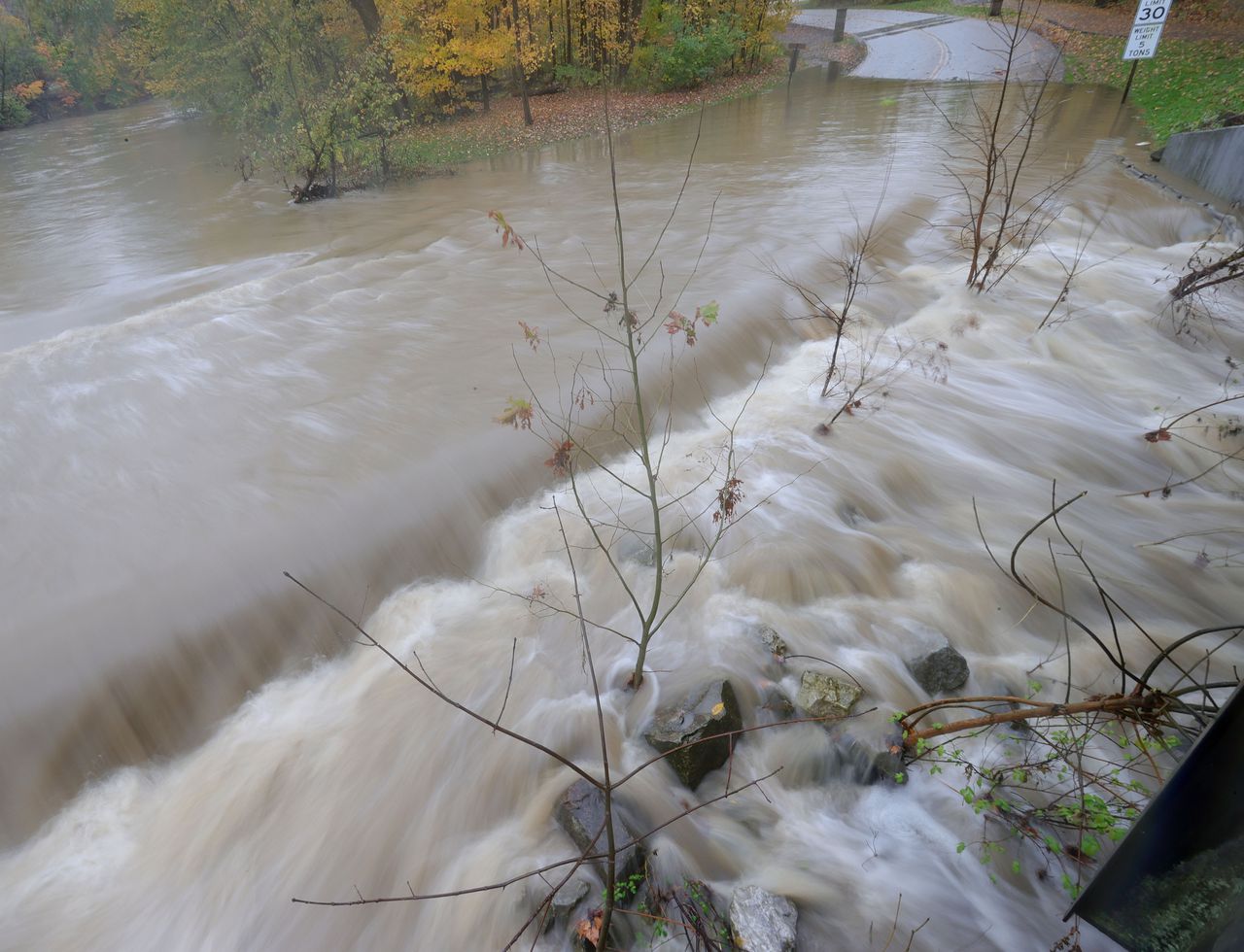