Cuyahoga County residents have repeatedly said they do not support a $46 million proposal to renovate the Global Center for Health Innovation into more meeting space for the attached convention center, but officials seem to be moving forward with the plan anyway.

County Council already pledged $5 million in federal stimulus funds to help convert the four-story boondoggle into more meeting space and a larger ballroom to supplement the convention center, and on Tuesday will hear a proposal to borrow $31 million to cover the majority of the remaining renovation cost.

The resolution says the “Economic Development Revenue Bonds, Series 2022A” are necessary “to create and preserve jobs and employment opportunities, by providing funding for the County’s Convention Center to finance a project…including the acquisition, construction, renovating, improving and equipping of a convention and exhibition center…”

Documents did not say how the debt will be repaid over a 20-year period or by whom. The resolution is only expected to be read into the record Tuesday and then referred to committee for further discussion.

The taxpayer-funded Cuyahoga County Convention Facilities Development Corporation (CCCFDC), which oversees the center and is pushing the renovation plan, previously said the debt could be repaid using the additional tax dollars and revenues they believe will be generated from increased use of the space. However, the resolution says the bonds can only be paid from “nontax revenues.”

It also says the bonds “do not and shall not represent or constitute a debt or pledge of the faith or credit or taxing power of the County, and the owners of the Series 2022A Bonds have no right to have taxes levied by the County for the payment of Bond Service Charges.”

In proposing the spending, the CCCFDC’s Executive Director George Hillow said he expected the funding to come from a combination of $5 million from their reserve fund, $5 million from the county, $2 million in revenues from naming rights on the new facility, and $34 million in county bonds. If the county is only bonding $31 million, it’s unclear what source will fill the apparent $3 million funding gap.

The CCCFDC is scheduled to meet at 8:30 a.m. Friday in the Global Center.

Officials say the proposed renovations are needed to officially marry the Global Center to the Huntington Convention Center and make the city more attractive to outside conventions by doubling the junior ballroom to 22,000 square feet, adding additional meeting space, creating an outdoor venue, and installing escalators.

That work is apparently on a tight schedule. CCCFDC said it is racing to start construction by 2023, so the new space will be ready to host the American Society of Association Executives in the fall of 2024. The event is the largest gathering of national convention and meeting planners and has been described as the “super bowl” event to drum up more interest in Cleveland.

However, a news reader survey showed that the majority of respondents do not support renovations and advocate for the county to sell the Medical Mart-turned-Global Center altogether. That survey followed a separate analysis that found the county has spent between $90 and $144 million on the mostly vacant building over the last nine years.

Its primary use, since the start of the pandemic, has been to temporarily house Cuyahoga County Court of Common Pleas jury selection and sometimes trials on the 4th floor. That contract expired in June, but a new contract on the council’s agenda for Tuesday proposes extending the court’s stay through the end of the year.

The county has pledged $1.5 million in stimulus funds to cover the cost, as well as to pay back the county for prior use. 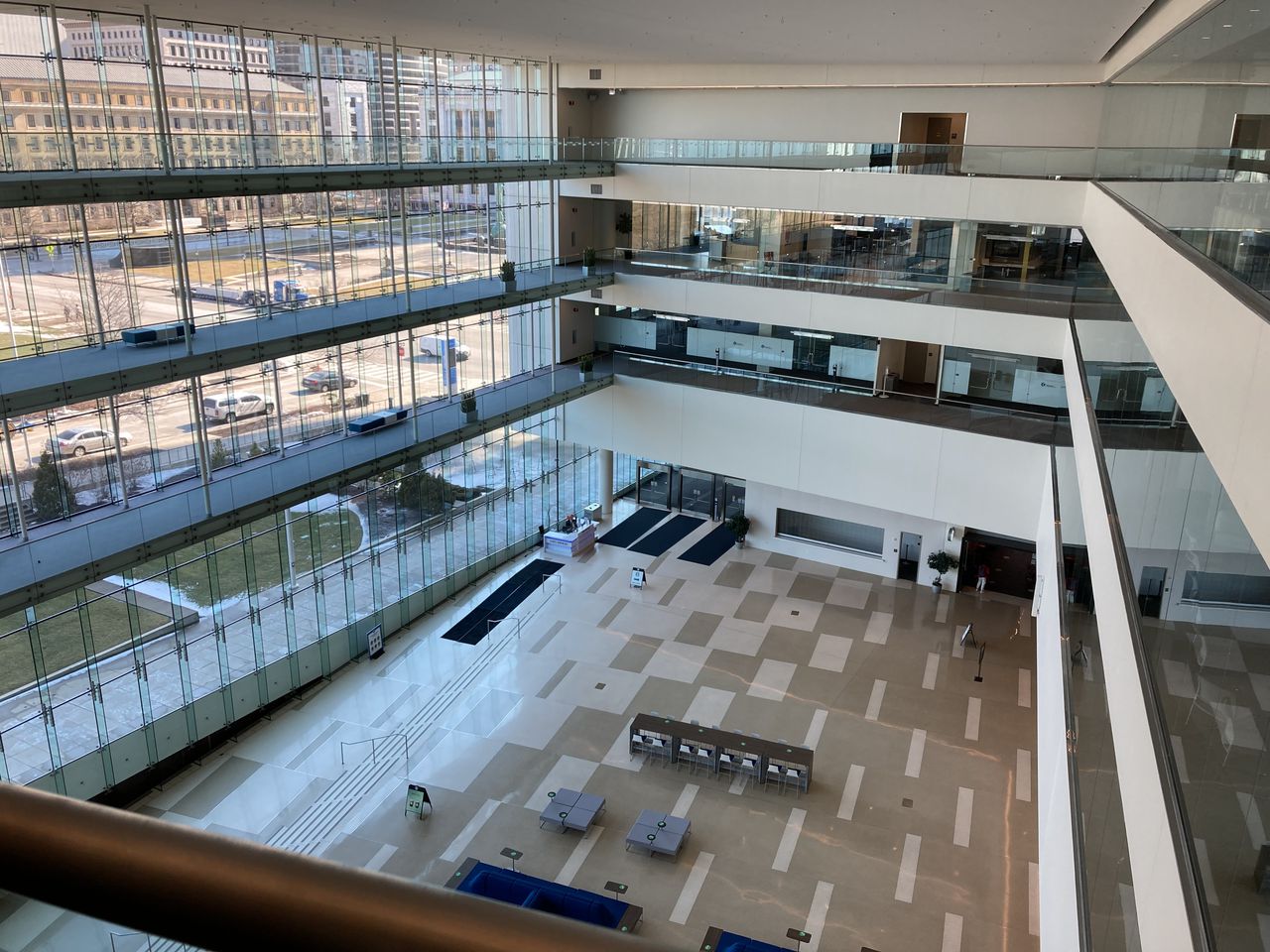