The family of Jayland Walker and their attorneys denounced police on Monday for what they said were excessive tactics used against people protesting the Akron man’s fatal shooting by city officers.

The city’s police chief, however, told reporters that there “have been bounties placed on officers’ heads.” He and the city’s mayor, Daniel Horrigan, said they believe in peaceful protests, but they oppose violence in the demonstrations.

The comments came as national attention continues to focus on Akron and the city police department after eight officers shot and killed Walker following a chase June 27. Walker’s attorneys and authorities have said about 60 shots struck Walker’s body.

Demonstrators have demanded accountability. They want an independent investigation and major changes to the police department, including the end of police chases for minor offenses. The pursuit involving Walker began after a traffic violation and an equipment issue on his 2005 Buick Century.

“We have seen protesters with bloodied faces,” DiCello said. “We know about tear gas, and we know about people walking and being accosted by police.”

Officers used tear gas Wednesday in front of the Harold Stubbs Justice Center. Seven people were arrested, including Bianca Austin, 41, who is the aunt of Breonna Taylor, who was killed by police in her apartment in Louisville, Kentucky. Jacob Blake Sr., the father of Jacob Blake, who was left paralyzed in a police shooting in Kenosha, Wisconsin, also was arrested.

Both were charged with misdemeanor charges, including rioting, failure to disperse and disorderly conduct. Blake was also charged with resisting arrest.

DeJournett urged both groups to act in a non-violent way.

“Protestors should not get beaten by police, and protestors shouldn’t be tearing stuff up, either,” DeJournett said. “We want Jayland’s name to be honored and respected.”

In a briefing earlier in the day, Horrigan acknowledged the tension in the city. He said he and his family have received threats. The city’s police chief, Steve Mylett, talked about bounties placed against officers.

He said the department will follow its own procedures and avoid releasing the names of those officers involved in the Walker shooting until after an investigation is completed.

Eight police officers attempted to stop Walker’s car early June 27. A brief chase followed, with a gunshot fired from his car, according to police. Officers chased his car to East Wilbeth Road and Clairmont Avenue, where he slowed.

With the car still moving, he jumped out and ran.

Officers followed, screaming for him to stop. He turned briefly, a move that officers said came with an attempt to reach for his waistband. The officers then fired.

DiCello said police have become angry at the words of protesters, who often have used profanities to describe officers and their work.

“We don’t stand for any violence toward anyone, whether they are a police officer or a citizen,” DiCello said. “But the police are in control here, aren’t they? When the community is hurting, they need to let that hurt out, and (police) should not take it personally.”

Akron police and Horrigan have asked the public for calm after the deaths of Journei Tolbert, 4, and Johnny Gaiter, 40, were shot while attending a vigil in the 700 block of Princeton Street on Friday night.

No arrests have been made, and the shooting is not believed to be connected to Jayland Walker’s shooting, according to published reports.

Horrigan said protestors have rallied in front of his home.

“I don’t like it, but they have a right to be there,” he said. “This isn’t just about peace. Let’s start to listen to each other.”

Citing the violent nature of protests, Horrigan issued a city nightly curfew from 10 p.m. to 6 a.m. On Monday, he adjusted it from 11 p.m. to 5 a.m.

Attorneys also called for the city to immediately change its dash cam policy. Officers at the Akron department are provided body cams, but police cruisers are not equipped with dash cams.

“The need for dash cams in this city should not even be a discussion,” DiCello said.

Additionally, Walker’s counsel announced there will be a unity gathering at 6:30 p.m. Tuesday at The Remedy Church, 1700 Brittain Road in Akron.

Walker’s funeral services will be Wednesday at the Akron Civic Theatre on 182 S. Main St. at 1 p.m. The funeral will be live-streamed and available to the public. 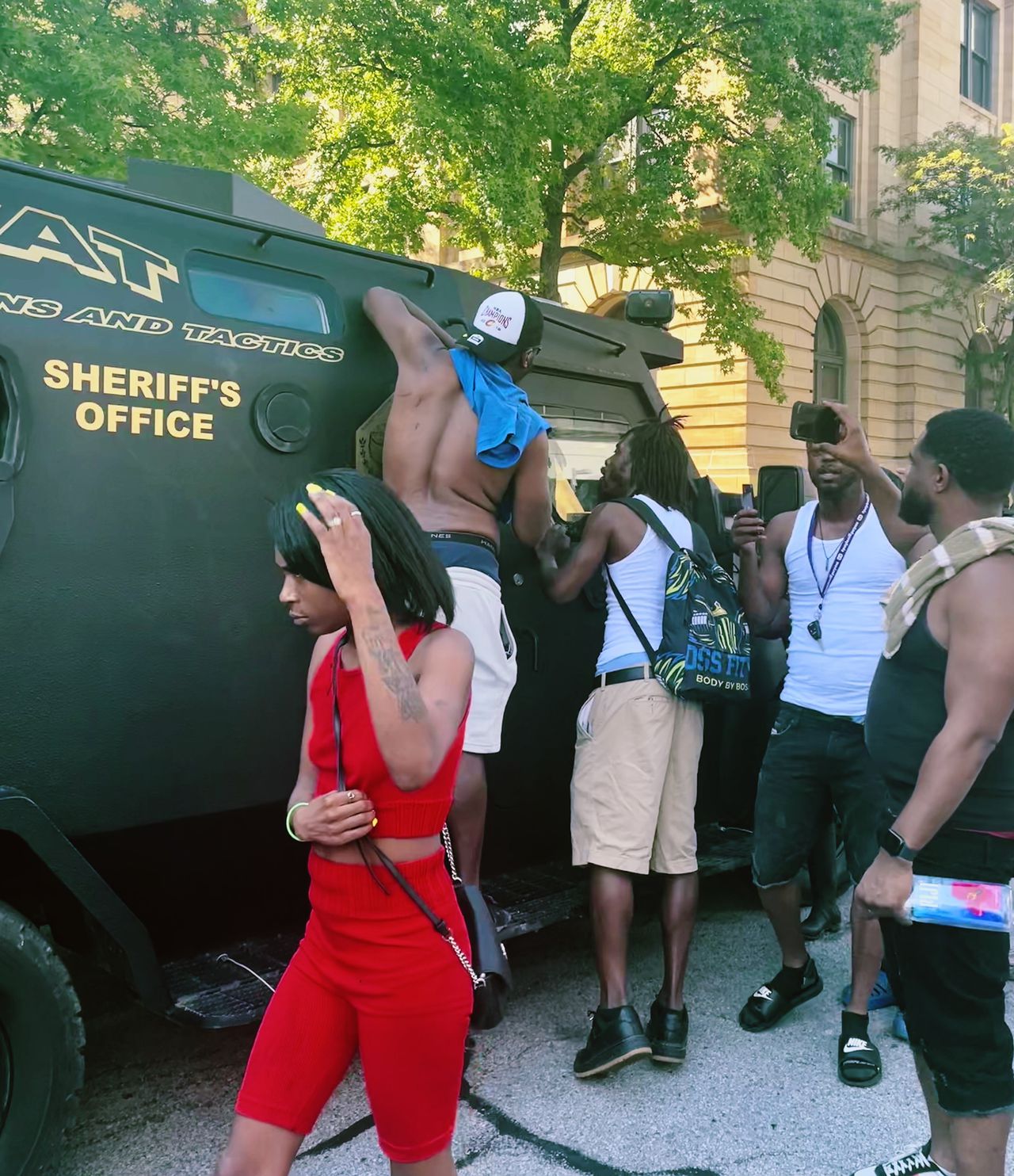