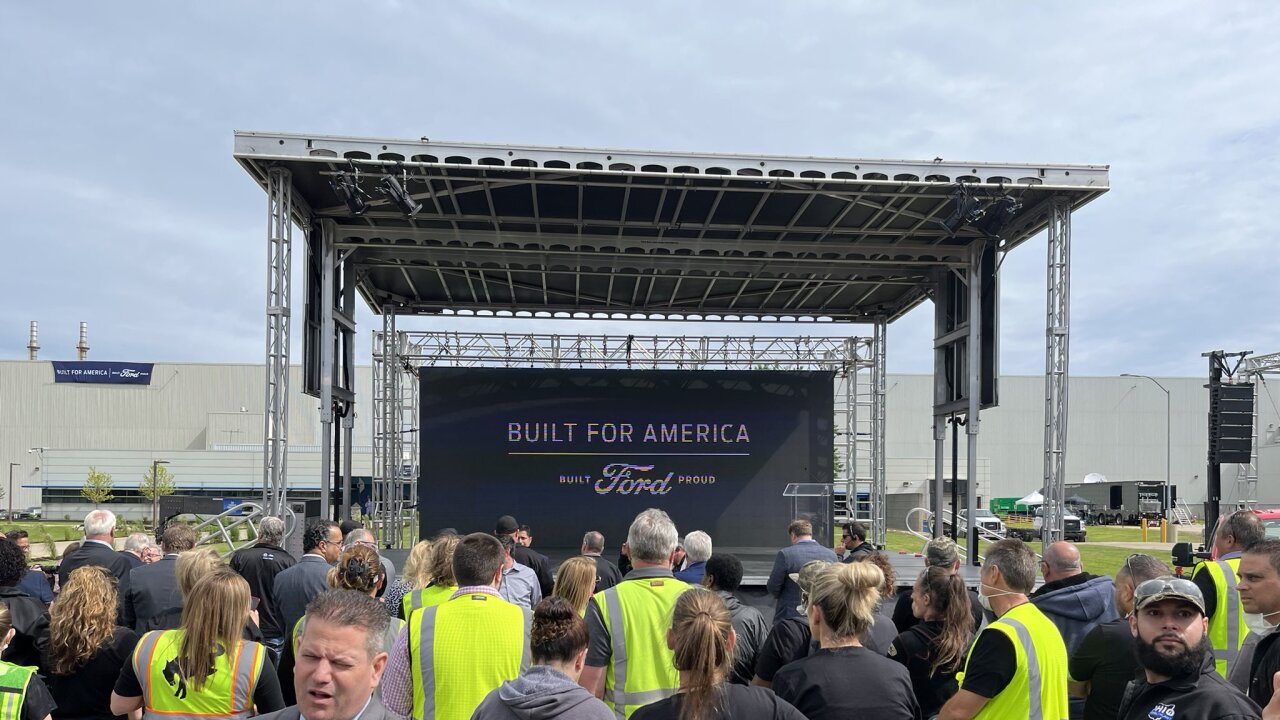 Mike DeWine announced Ford will expand its Avon Lake assembly plant to build a new commercial electric vehicle. They plan to invest $1.5 billion in the project and create 1,800 new jobs in Ohio. The state’s business development arm, JobsOhio, is offering incentives, but is not releasing the details publicly yet.

Ford officials say they’ll break ground this year and be assembling the new model by the middle of this decade.

The announcement marks Ohio’s second major manufacturing deal in five months after Intel announced plans to build a new computer chip facility near Newark. It’s likely welcome news for a governor facing reelection after winning his party’s nomination with less than 50% of the vote. Speaking to the crowd of autoworkers, Lt. Gov. Jon Husted drew a bright line between these deals and the DeWine administration.

DeWine described the Ford expansion as an example of how Ohio is poised for the “future of manufacturing,” as supply chain disruptions encourage some companies to rethink production strategies.

“One of the lessons, I think, of the pandemic should be for everyone that when it comes to essential things, we must make them in the United States of America,” DeWine said to an eruption of applause. “We must make them with American workers. As governor of Ohio, I’m a little selfish, I want a lot of those to be right here in the state of Ohio.”

Ford executive Kumar Galhotra explained the company is making significant investments in domestic production beyond the expansion in Ohio. The company plans to put $3.7 billion toward additional production throughout the Midwest, including at multiple plants in Michigan as well as one in Missouri.

“Today is all about new investments, new products and our strategy for the future. But more than anything, it is about you the people who build our products,” Galhotra told the crowd. “Ford is already the largest employer of hourly auto workers in America. It’s not an accident. That was a choice we made as a company.”

All told, Ford’s plans will create 6,200 new jobs and convert 3,000 more part-timers into full-time employees, they say. The company projects that investment will lead to an additional 74,000 jobs indirectly. Galhotra said they were able to make these moves after negotiating with United Auto Workers officials ahead of the current contract running out.

“We agreed to convert those employees earlier than required by the contract,” Galhotra said. “All these new permanent employees will see pay raises and all new hourly employees will now get full health care benefits on the very first day that come to work at Ford, how about that?”

In a press release, U.S. Sen. Sherrod Brown, D-OH, emphasized the announcement as a win for Ohio’s economy, but also union auto workers.

“Ford’s decision to produce its next generation of commercial electric vehicles in Ohio and bring more jobs to Lorain County is a testament to the strength of our state’s manufacturing sector and the talent of Ohio’s workers,” Brown said.

The release quoted UAW President Ray Curry saying Brown deserved a share of the credit because of his “unwavering commitment to Ohio’s working families.”

While Ford is making a multibillion-dollar investment as part of Thursday’s announcement, it’s far from clear how much Ohio has offered to spur that decision or when Ohioans will see details about the deal. It has been almost six months since state officials announced the Intel agreement, but a clear picture of the incentives Intel will receive has yet to emerge.

Ohio’s Department of Development described $1.9 billion in incentives shortly after that announcement, but this week legislative researchers noted there could be “hundreds of millions of dollars” more in tax savings after lawmakers approved additional changes in Ohio’s new capital budget. JobsOhio meanwhile, said it was offering Intel $150 million in grants, but noted it could hand over additional funding and it would share the terms “after any final agreements are executed.”