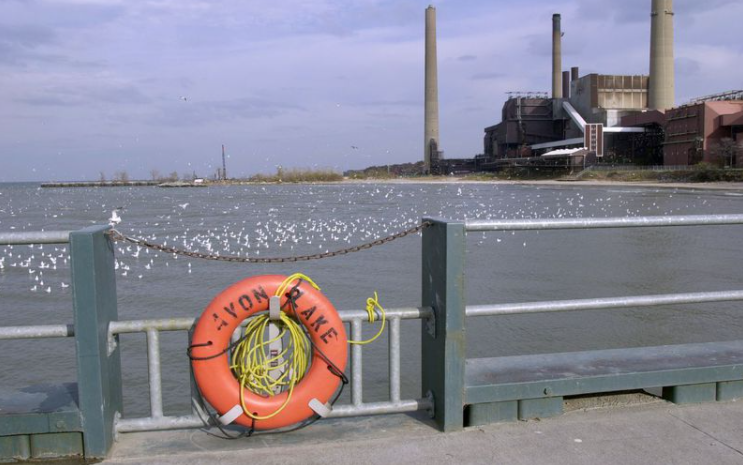 AVON LAKE, Ohio — The former Cleveland Electric Illuminating Co. power plant in Avon Lake will close by April 1, moving the lakefront land it sits on closer to redevelopment, but also leading to layoffs.

Plans for the future of the site are unspecified. CEI built the plant along Lake Road in 1925 and 1926, according to the Cleveland Historical Society. The company would eventually become part of FirstEnergy Corp.

It was announced in July that current owner, GenOn, had sold the plant to Charah Solutions Inc., and that the plant would be demolished and the land redeveloped.

GenOn filed a layoff notice with the state on Monday, setting the closing date for April 1.

Forty-nine people will lose their jobs, according to the state filing. Plant manager Daniel Rogatto said he doesn’t expect any plant employees to find other positions at GenOn.

“We’re trying to help them as much as we can,” he said. “I’m sure they’ll all land on their feet. They’re highly qualified.”

He said the current energy production climate made it hard for a coal power plant to be profitable.

Rogatto said the plant is still generating power and will until it closes. He said the plant produces power when the electric system needs it, so whether it’s running may change day-to-day based on need.

Avon Lake Mayor Greg Zilka said the future of the plant is uncertain but has a lot of potential.

The plant sits on 40 acres of lakefront property. Some of it will need remediation, he said, but it’s also hard to find that large of a development site near Lake Erie. Charah will sell the land to a developer, he said.

Whether the plant, or part of it, stands is still in question. Zilka said some people in the city want the original building to stand for historical reasons. Others want the whole building gone, and some like him want one or more of the smokestacks to stay.

The largest smokestack is 60 feet in diameter at the bottom and had a room inside of it that can be repurposed, he said.

Ultimately the city only has a say over the zoning, Zilka said. Right now, the land is industrial, but he said the city wants to see it become mixed-use and have a development that complements the shopping center and other businesses nearby.

“Our main adjective is to make the lake more accessible to our residents,” he said.

He said the city plans to have a public meeting about the land after the plant’s closure in mid-April.