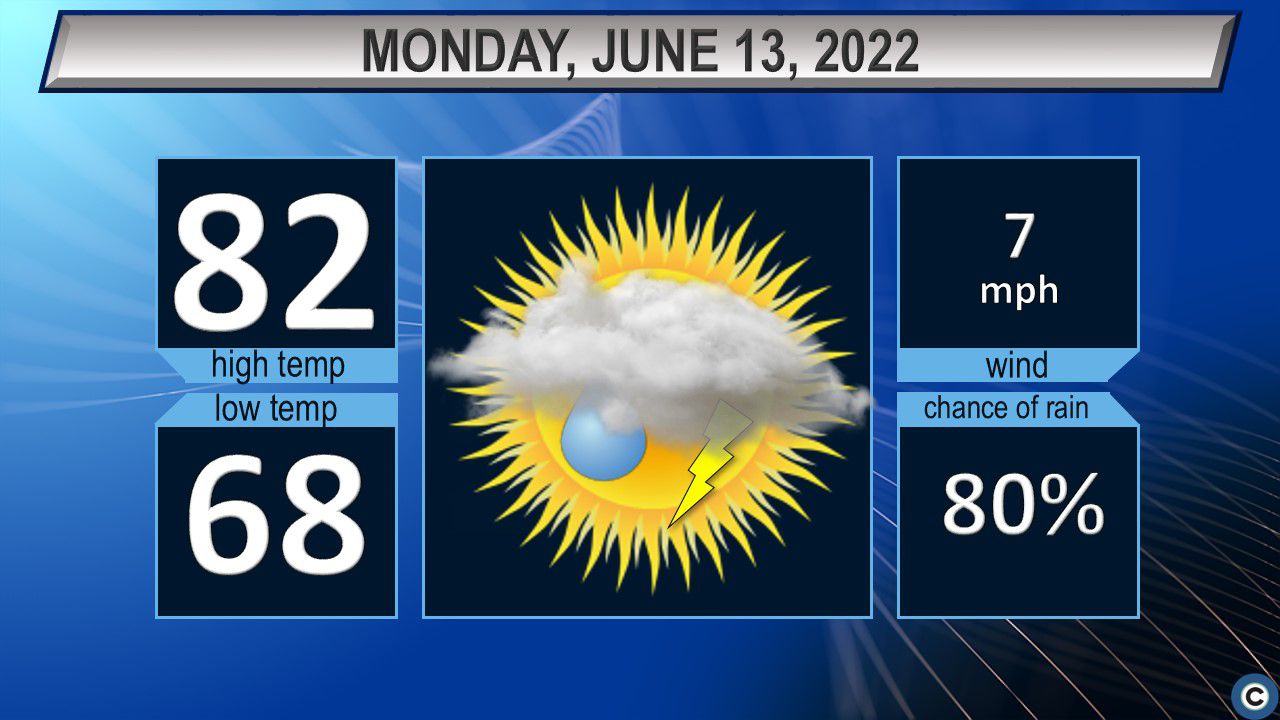 Temperatures are about to soar in Northeast Ohio.

Forecasters with the National Weather Service say highs will reach the low 90s in Cleveland and mid-90s in the Akron area by the middle of the week, accompanied with several chances for showers and thunderstorms.

It’s the thunderstorms that could be the biggest problem Monday night. Forecasters warn that severe storms are possible and that tornadoes are possible. The storms could bring damaging winds and heavy rain that could lead to some flooding.

Highs will be in the mid-80s Tuesday in the Cleveland area, with chances of showers and thunderstorms during the morning. Highs will reach 90 in Akron, but it will feel as warm as 98 degrees because of humid conditions. Storms also are possible during the morning in Akron. Skies will clear by the afternoon throughout the region. Skies should be clear overnight, although there is a slight chance of showers and thunderstorms in the Cleveland area. Overnight temps will be in the low 70s.

Temps will jump to the low 90s Wednesday in Cleveland and to the mid- to upper-90s in Akron. Skies will be sunny, but there is a 20% chance of showers and thunderstorms during the late afternoon. It will be warm overnight, with lows in the upper 70s and a chance of showers after 3 a.m.

The extreme heat ends Friday, with sunny skies and highs in the low 80s in Cleveland and Akron. Skies will remain clear overnight and temps will dip to the low 60s.

The weekend is looking very pleasant, with highs in the upper 70s Saturday and low 80s Sunday. Sunny skies are expected through the weekend.