Indiana boy goes out on limb to rescue cat, ends up stuck in tree 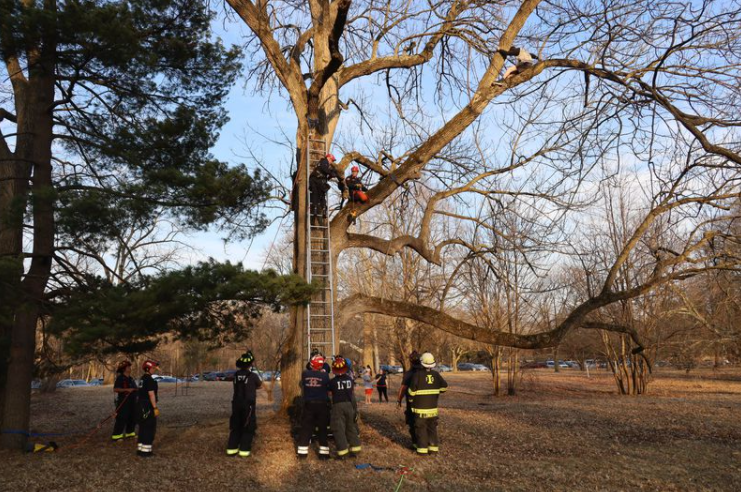 INDIANAPOLIS, Indiana — A 17-year-old boy’s heart was in the right the place when he attempted to rescue a cat from a tree at a park in Indianapolis. It just didn’t go as planned.

The teen, identified as Owen, literally went out on a limb at a park Friday, climbing up about 35 feet in an attempt to help the cat safely to the ground. Instead, he ended up in a position that didn’t make it easy for him to climb back down, according to a news release from the Indianapolis Fire Department.

So the the department’s Tactical Rescue 14 unit was sent to the park to rescue Owen. Authorities say it took about an hour to get the teen safely to the ground. The fire department said it couldn’t use an aerial ladder truck because the ground was too soft and the truck likely would have become stuck.

Owen suffered a few scrapes but was no worse for wear, according to the fire department.

The fate of the cat is unknown. The news release says the cat “seemed to enjoy the commotion but literally made no effort to climb down the tree.”