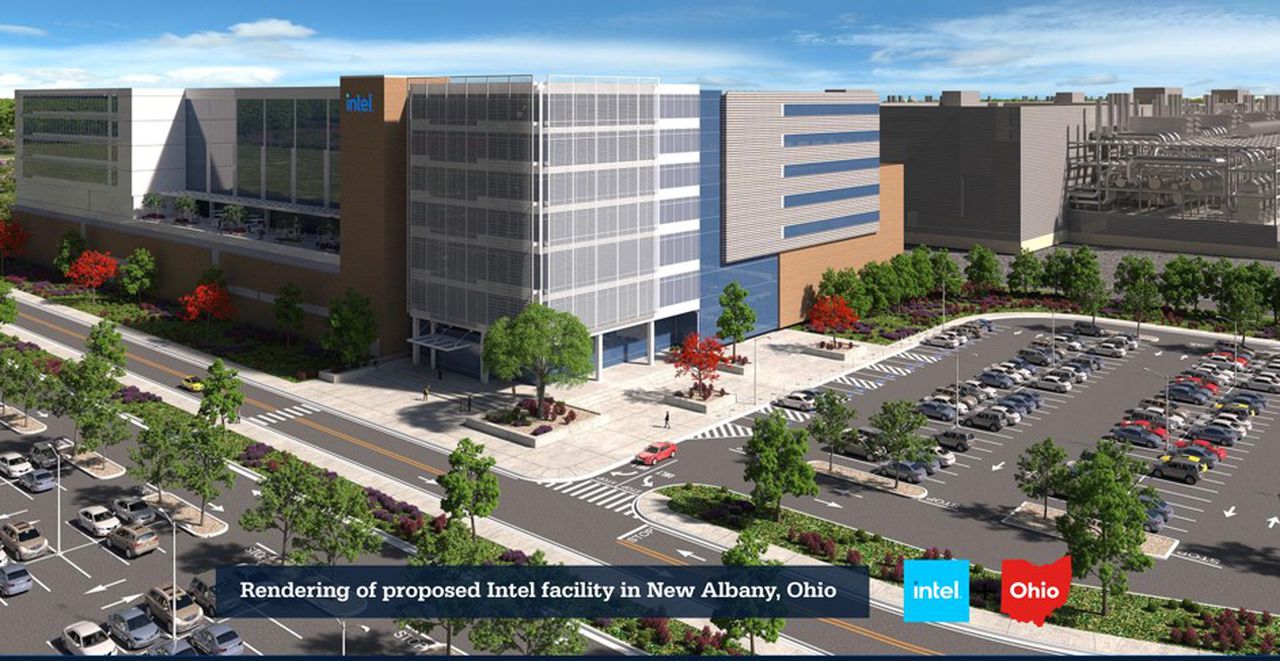 Poker chips: Intel Corp. told DeWine and other lawmakers it would delay the groundbreaking ceremony for its manufacturing facility due to “uncertainty” around microchip legislation in Congress, Seth Richardson and Andrew Tobias report. Funding for the CHIPS Act, which would provide incentives for companies to establish chip manufacturing sites in the United States, has stalled as negotiators try to wrap it into a larger package of legislation. The ceremony was scheduled for July 22.

Abortion funds: Two funds in Ohio distribute money to help women seeking abortions with gas, hotels, childcare and the procedure itself. The funds are both expecting requests for money to increase if the U.S. Supreme Court throws out Roe v. Wade, followed by a state ban on abortion. The funds are also thinking about how to work if the Ohio General Assembly passes a Texas-style law that allows people to sue anyone who assists a woman in getting an abortion,Laura Hancock reports.

Strange energy: FirstEnergy’s board of directors allowed ousted former CEO Chuck Jones to keep all of the compensation it paid to him during the scandal, despite a provision in his contract that would have allowed to company to get some of the money back, Ohio Capital Journal’s Jake Zuckerman reports.   Jones earned more than $51 million between 2017 and 2020. A FirstEnergy spokeswoman said Jones had forfeited some short-and long-term compensation.

Exposed: The Ohio Sipreme Court on Thursday indefinitely suspended Scott Blauvelt of Hamilton, outside Cincinnati, for repeatedly driving naked and exposing himself to other motorists. The court noted the former Butler County assistant prosecutor is in treatment for bipolar disorder and has expressed remorse for his behavior. But the court also noted he still struggles with the urge to engage in his illicit behavior.

Bird law: Killing a bald eagle is still a major offense in the United States, such as with the recent plea agreement reached by David B. Huff of Tuscarawas County, Peter Krouse reports.  Huff will pay a $10,000 fine and $10,000 in restitution to the U.S. Fish and Wildlife Service and is forbidden from hunting for five years. He also faces a maximum of one year in prison.

In the beginning: FBI Agent Nathan Holbrook testified Thursday that the undercover investigation, in which agents posed as developers, that ensnared former Cincinnati City Councilman P.G. Sittenfeld began in September 2017, Coolidge and Grasha report. Holbrook said there were “multiple other investigations” looking into Cincinnati politicians.

Early birds: As Republicans continue attempts to limit early voting, predominantly GOP areas of rural Ohio have used the process at a very high clip, the Cincinnati Enquirer’s Balmert reports. Nearly 60% of voters in rural counties used early voting in 2020, higher than in nearby states and below the national average of around 47%.

School setting: Russ Fussnecker, the superintendent of Edgewood City Schools in Butler County, bowed out as a finalist candidate for superintendent of Forest Hills School District after the school board past an anti-critical race theory resolution at Wednesday’s meeting, the Cincinnati Enquirer’s Madeline Mitchell reports. Fussnecker said his leadership style would not work with the district.

Email your response to capitolletter@cleveland.com. The first correct respondent will be mentioned in next week’s newsletter.

Thanks to everyone who answered last week’s question:

A well-known Ohio bridge was re-named in 1983 in honor of a famous comedian’s father, who was among the stonemasons who helped design the bridge’s decorative sculptures. Who is the comedian?

Answer: The Hope Memorial Bridge spanning the Cuyahoga River west of downtown Cleveland neighborhood was re-named in 1983 in honor of William Henry Hope, the father of comedian Bob Hope. Harry Hope was among the stonemasons who carved the Guardians of Transportation statues that line the span, and for which the Cleveland Guardians baseball team recently renamed itself.

Adam Headlee, of Delaware and legislative aide to state Rep. Adam Bird, is the winner!

Straight From The Source

“The ultimate date of significance is Jan. 6. This is how the process works. The ultimate arbiter here, the ultimate check and balance, is the United States Congress. And when something is done in an unconstitutional fashion, which happened in several of these states, we have a duty to step forward and have this debate and have this vote on the 6th of January.”

-Rep. Jim Jordan, a Champaign County Republican, in a Fox News clip played during the U.S. House select committee investigating the Jan. 6 attack on the U.S. Capitol. Jordan’s comments were used to illustrate how then-President Donald Trump used GOP congressional members to perpetuate the lie that there was widespread fraud in the 2020 election.