A judge has thrown out one count against the man accused of fatally shooting his ex-girlfriend, killing their son and her daughter in a fire and then killing a neighbor as he fled in July 2019.

Cuyahoga County Common Pleas Court Judge Timothy McCormick found Armond Johnson, 29, not guilty because of a lack of evidence of an aggravated arson charge in the death of Takeyra Collins. He made the decision after testimony presented during the two-week trial showed the woman died by gunshot before the assailant set the fire that killed her 6-year-old Armond Johnson Jr. and 2-year-old Aubrey Stone in the bedroom next to hers.

The judge left the remaining 20 counts, including 11 counts of aggravated murder, fully in tact as prosecutors and defense attorneys prepare to make closing arguments to jurors on Thursday. If convicted, Johnson faces the death penalty.

The ruling came after prosecutors on Wednesday rested their case against Johnson, who is charged with aggravated murder in the deaths of Collins, Armond Jr., Aubrey and Collins’ neighbor, David Cousin, on July 8, 2019.

If he is found guilty of the aggravated murder charges that carry the death penalty, the trial will move to the sentencing phase, where he and his attorneys have the chance to present evidence and testimony to persuade the jury not to recommend that he be executed.

McCormick will ultimately decide the sentence, but he cannot impose the death penalty if jurors reject it.

Johnson is accused of entering the East 63rd Street home in Slavic Village that he and Collins once shared sometime after 9 p.m. and shooting Collins 10 times. Prosecutors say Johnson then doused the house with gasoline an set fires in two spots — a pile of laundry in Collins’ bedroom next to her body and a couch in the living room.

Carpet from the hallway outside the children’s bedrooms, as well as items leading to both exits of the apartment, tested positive for gasoline, testimony showed.

The home’s newer double-pane windows did not break and prevented oxygen from getting inside the home to fuel the fire, an arson investigator testified. The flames fizzled out but filled the house with smoke and soot that ultimately caused the children to die of smoke inhalation.

Surveillance video from outside the home showed a man in a hooded sweatshirt with Nike sneakers running from the home, then returning a few minutes later.

David Cousin, who lived next to Collins, got home from work about 11 p.m., and video showed the man chased him into a field where he was later found shot to death.

Cellphone records showed that someone sent two messages from Collins’ phone about 10:30 p.m. — one to her mother and one to Johnson — in which Collins said Aubrey’s father was chasing her with a gun and threatened to burn down her house.

Police pulled surveillance video that showed the man working at his job at a sandwich shop in Maple Heights at the time the messages were sent and eliminated him as a suspect.

After the fire failed to engulf the entire house, investigators found a red gas can in Collins’ bedroom and her cellphone on the arm of a couch in the living room next to the chair that was ignited. Both had Johnson’s DNA on them, an analyst testified.

Johnson’s aunt, Kaleada Lipscomb, testified that she picked up Johnson in her white Dodge sedan at a McDonald’s on Broadway Avenue that is less than half a mile from Collins’ house on the night of the killings after he texted her.

Surveillance video from the restaurant shows a man wearing similar clothes as the man seen running from the house on private security cameras getting into a white sedan.

Police then got a search warrant for the home of Johnson’s mother and aunt in Cleveland Heights, where he had stayed since Collins kicked him out of the house earlier that year. Officers found a pair of Nike sneakers and blue jeans that each had what looked like blood stains on them, according to testimony. The items contained Collins’ blood, the DNA analyst testified.

Investigators also found text messages in Collins’ phone from the months leading up to the killings in which she accused Johnson of pistol-whipping her while the kids were in the house. She told him that she did not want him to see the kids anymore.

Johnson’s defense attorneys, Tom Shaughnessy and Jim McDonnell, sought through cross-examination questions to establish that it’s possible for a person’s DNA to be found on items they’ve never touched.

The DNA analyst agreed with Shaughnessy that, if Shaughnessy shook his hand and then used an iPad to assault someone, the analyst’s DNA could be found on his iPad during the investigation. 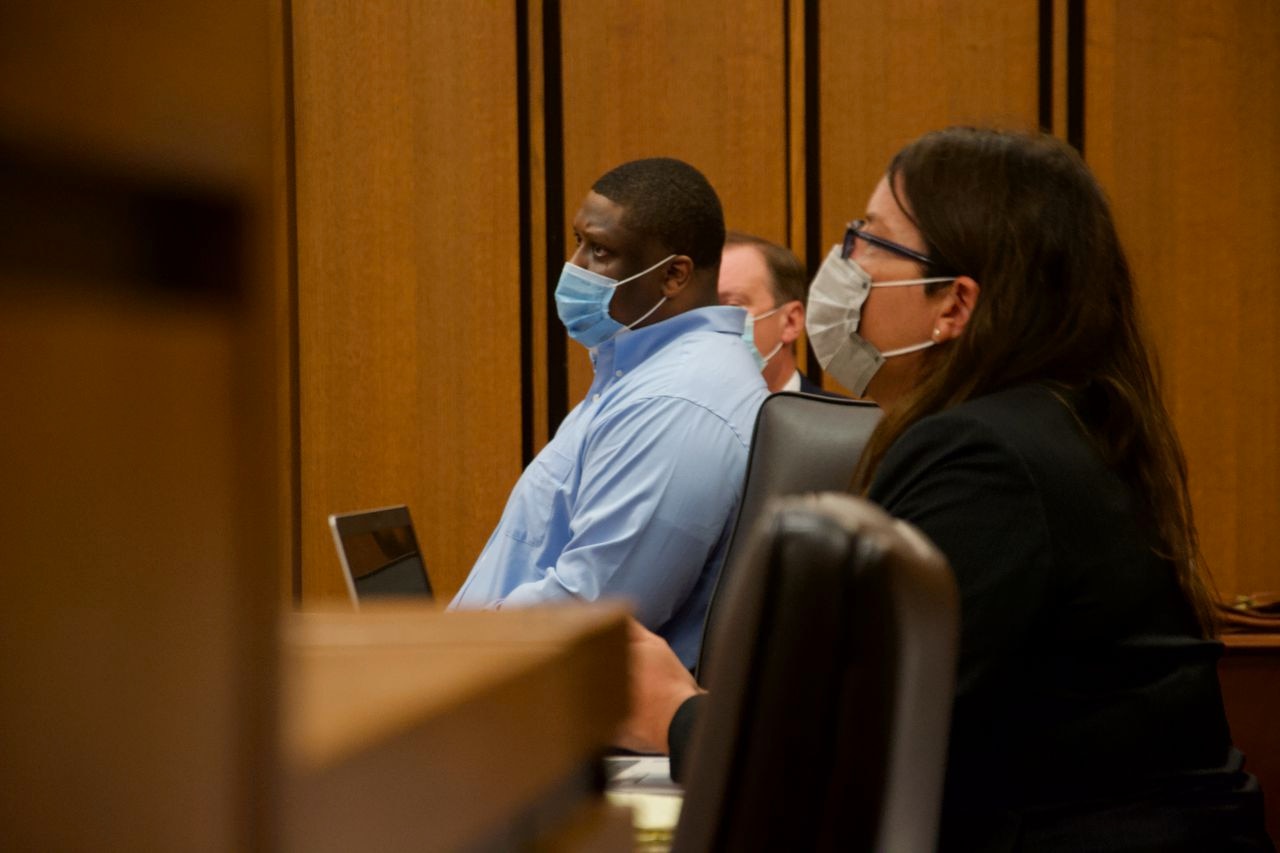