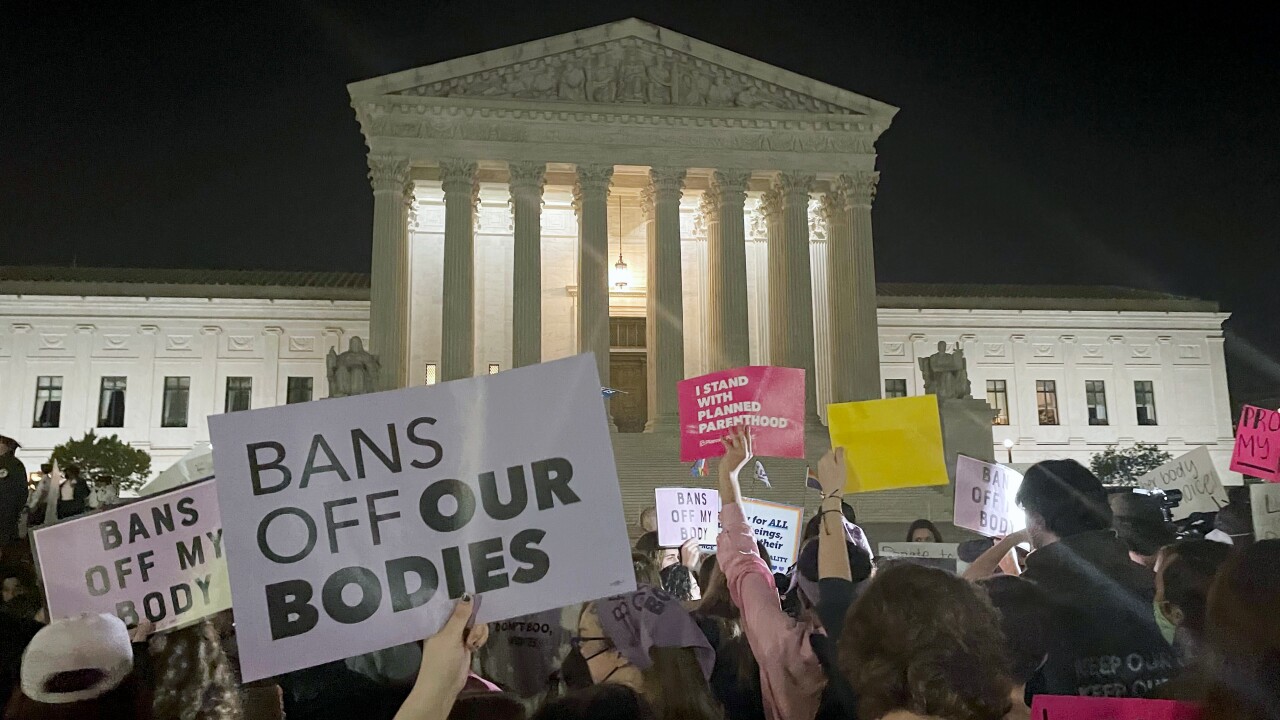 The leak of a draft opinion appearing to spell drastic changes to abortion legalization in the country has caused many Ohio abortion advocates to accept what they’d been expecting for months.

Roe v. Wade may be overturned this summer by the U.S. Supreme Court, and rather than deny what they’ve anticipated since the court took up anti-abortion legislation in a number of states, Dr. Jessie Hill of Case Western Reserve University said a more realistic tack is necessary.

“I believe lawyers as well as providers and others have been preparing for this across the board,” Hill said. “The fight is not over, there are certainly going to be efforts to maintain the rights (laid out in Roe).”

Hill is associate dean for research and faculty development at CWRU’s school of law, works with the ACLU on abortion rights cases, and teaches classes on constitutional law, civil rights and reproductive rights.

Though Hill says Ohioans are still due their abortion rights within the state until a decision is made official – abortion is legal in Ohio up to 20 weeks gestation and 9 abortion clinics are still open in the state – the changes that are indicated in the draft opinion from Supreme Court Justice Samuel Alito create more questions than answers.

“It’s a huge sea-change; it would be hard to overstate how much uncertainty this brings about,” Hill said.

Jaime Miracle, deputy director of Pro-Choice Ohio, said that’s one of the organizations’ biggest concerns with the potential for impending restrictions, nationally and on the state level.

“They want to ban abortion, but how are we going to support all these folks?” Miracle said. “If we do lose abortion access, how are these legislators going to do to support families?”

Researchers with the Ohio Policy Evaluation Network, a collaborative from Ohio State University who focuses on reproductive health, also said the priority should be on care instead of restrictions.

“If Ohio policymakers want to ensure the health and well-being of their constituents, they should not ban abortion care in Ohio,” the group said in a statement. “Instead, motivated by evidence and attention to equity, they should turn their efforts to expanding access to reproductive healthcare.”

While Ohio’s general assemblies have done a lot of work to regulate abortion clinics and methods, “pregnancy resource centers” or “crisis pregnancy centers,” which promote pregnancy and do not provide abortion information, have been provided funds in sources such as the state’s latest operating budget.

Back in June, the Senate’s version of the state budget allocated $3 million per year to the Parenting and Pregnancy Program conducted by the state, and funded using federal Temporary Assistance for Needy Families monies.

As the House joined in on the budget, they also agreed to “transfer agreements” for ambulatory surgical facilities – what abortion clinics are considered when they conduct surgical abortions – that require a physician to practice within 25 miles of a facility.

Reproductive rights advocates heavily criticized the move, calling into question the need for such a requirement, and saying it limited health care access in certain areas of the state.

Last week, Gov. Mike DeWine added to the Parenting and Pregnancy Program funds with an executive order that pushed $1.5 million more in TANF funds to the program’s organizations. According to the governor’s press release on the executive order, the program provides “services for pregnant women and parents, or other relatives caring for children, that promote the goals of the TANF program as well as childbirth, parenting and alternatives to abortion.”

In recent testimony supporting the bill, Schmidt said pregnant individuals should have time to “emotionally prepare for the loss of a child” in the instance of an ectopic pregnancy, in which a fertilized egg implants itself outside of the uterus. While the egg has no chance of survival in an ectopic pregnancy, it can be life-threatening to the pregnant person if immediate medical treatment isn’t administered.

The bill is set to have more hearings, including supporting and opponent testimony in the House Government Oversight Committee.

Another trigger ban, Senate Bill 123, has been sitting in the Senate Health Committee since March 2021.