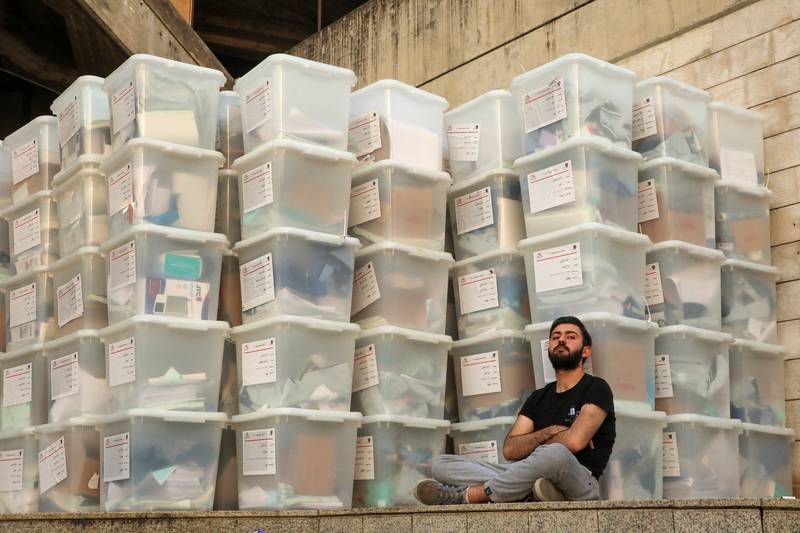 Lebanese election observers have documented hundreds of voting offences across Lebanon within hours of polls opening.

The Lebanese Association for Democratic Elections (LADE) reported rule breaches of varying severity on Sunday. These include a shortage of pens and the photographing of ballot slips at some voting booths, to threats and harassment against voters, electoral candidates and observers by established political parties.

In addition, Lebanon’s Electoral Supervisory Commission says it has documented hundreds of violations of the electoral silence imposed during the voting period.

In a statement, the commission requested “all media outlets, candidates and political bodies adhere immediately to electoral silence, in accordance with the provisions stipulated in the election law.”

It is forbidden to campaign or to try to sway the vote while the polls are open, or to report on or discuss how people voted. Reporting or discussing the process of voting, however, is allowed.

Despite the imposition of an electoral silence, many political leaders have continued to address voters through the media.

LADE accused President Michel Aoun of doing so after he cast his own vote in the Beirut municipality of Harek Hreik. He gave a brief televised speech urging people to head to the polls. 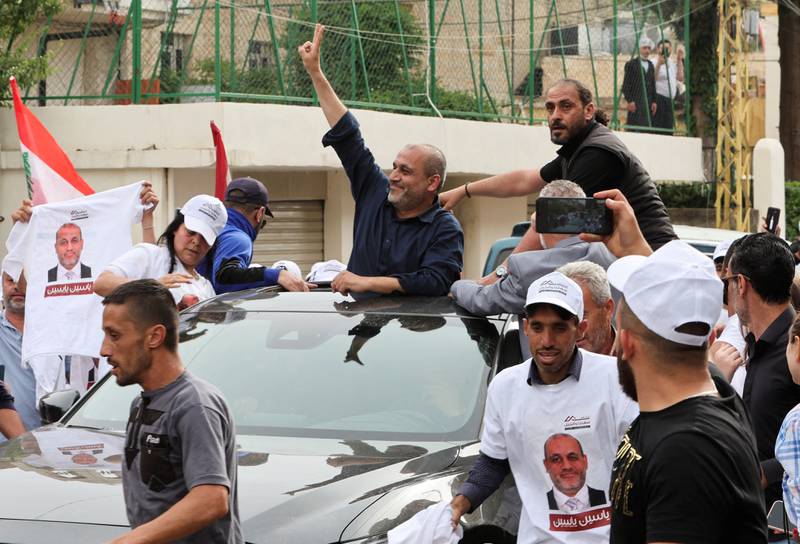 “Citizens cannot be neutral in a cause as fundamental as choosing their system of governance,” he said.

His adviser and ex-Justice Minister, Salim Jreissati, defended the president and said his comments were not a violation.

“Whoever says the President of the Republic, General Michel Aoun, has violated the electoral silence may have missed the election law,” he said.

He added that “ignorance is a mitigating excuse”.

“The country’s president can, at any time, address a speech to the Lebanese people to urge them to vote in numbers and with the aim of [ensuring] good representation,” Mr Jreissati said.

While the president was voting in south Beirut’s Harek Hreik, LADE reported that a ‘We are the Change’ party delegate was beaten and detained by the Presidential Guard.

Party candidate Michel Chamoun identified the man as Charbel Thoume. He said Mr Thoume had tried to get between an angry voter who had shouted at the president and the Presidential Guards. Insulting the president is a criminal offence in Lebanon.

Videos circulated on social media showed security forces dragging an unconscious-looking man, who appeared to be Mr Thoume, into a black car.

“They hit him violently,” said Mr Chamoun. “They broke him. We haven’t heard anything about him since — where he is or why he was detained.”

In southern Lebanon and Baalbek, which have been typically dominated by Shiite political parties Hezbollah and Amal, LADE said its election observers had pulled out of polling stations due to threats from the political parties.

In a statement, LADE appealed to the Interior Ministry and Lebanon’s security forces to “facilitate the work of observers and guarantee their safety.”

In the southern mixed Christian and Shiite Muslim town of Kfarhouna, supporters of rival confessional parties clashed at a polling station.

Videos circulating on social media showed men wearing green hats ― the colour associated with the Amal Movement — tearing down LF flags and beating supporters of the party with plastic chairs and metal bats.

For the second week in a row, the weekly number of COVID-19 cases in Ohio has dropped. The state of Ohio on Thursday reported 26,016 new cases of COVID-19 in its weekly dashboard update, down 1,769 from a week ago. Ohio has been over 10,000 cases per week every week...

The nation’s top public health agency relaxed its COVID-19 guidelines Thursday, dropping the recommendation that Americans quarantine themselves if they come into close contact with an infected person. The Centers for Disease Control and Prevention also said people no...

Search warrant at Trump’s home was for nuclear documents, among other items: report

A raid at former President Trump’s Florida residence sought to recover classified documents relating to nuclear weapons among other items, according to an exclusive report in the Washington Post  published Thursday night. The story cited anonymous sources described as...

A presidential candidate in Panama has posted a dramatic plea for help on social media after his helicopter crashed into the country's jungle. Dimitri Flores, a independent candidate seeking to stand in elections in 2024, posted the video from the scene after his...